No, no, no. This video of a drone hitting a jet’s winglet is fake 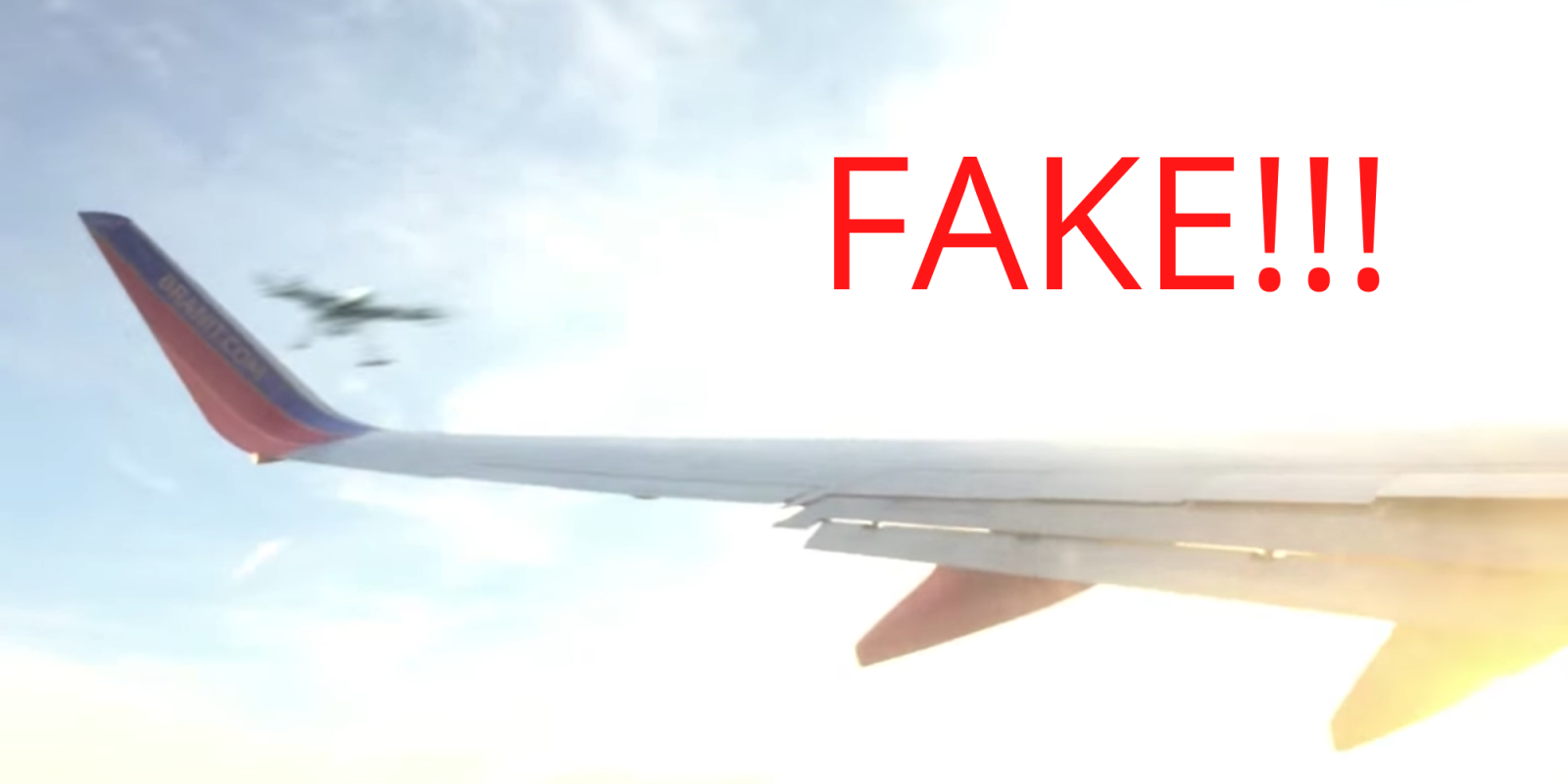 There’s concern out there, especially as the number of drones in use grows, of the possibility there could be a collision with a manned aircraft. And because the possibility that might happen freaks people out, when people see videos like this they share them. That sucks – especially in this case.

Because it never happened.

A fake then, and a fake now

In 2015, a visual effects specialist posted a 26-second video to YouTube. It showed a drone appearing to hit and damage the winglet of what we think is an Airbus A320. The video looked pretty real, and caused a fair amount of concern. Here it is:

That video racked up more than 430,000 views and caused enough concern that, according to Snopes.com, Southwest Airlines issued an internal memo.

We wanted to bring a fake drone strike video to your attention, as it is gaining momentum across the social web and sparking interest from traditional news media. The video shows a winglet colliding with a drone on ascent near LaGuardia Airport. The winglet is SWA colors and branding, but if you look closely it says ‘Branit.com’, which is a portfolio site for a special effects artist. The communication team has confirmed the video is fake, and is working with the FAA to squash any reports of it being real.

What goes around, comes around

And it does. A TikTok user decided it might be a good idea to resurrect that video with this post:

This time around, the video has already racked up 3.8 million views.

While it’s difficult to tell in the viral TikTok video, it’s clear in the original footage that the words “BranitFX” are displayed on the wing, not “Southwest.” In addition to this cleverly placed watermark, Branit released a second video showing how he made this clip of a drone hitting a plane.

But, as Snopes points out, just because this video was fakes doesn’t mean drones have never collided with manned aircraft. It’s thankfully exceedingly rare, but documented cases have occurred.

“While this video of a drone hitting a plane wing is undoubtedly fake,” writes Snopes, “similar incidents have occurred in real life. In October 2017, for instance, a Skyjet plane suffered minor damage when it struck a drone during its descent to Jean Lesage International Airport in Québec.”

So please, fly safe. And if you see this video shared elsewhere, consider pointing out that it’s fake. Videos like this don’t really help out this sector.