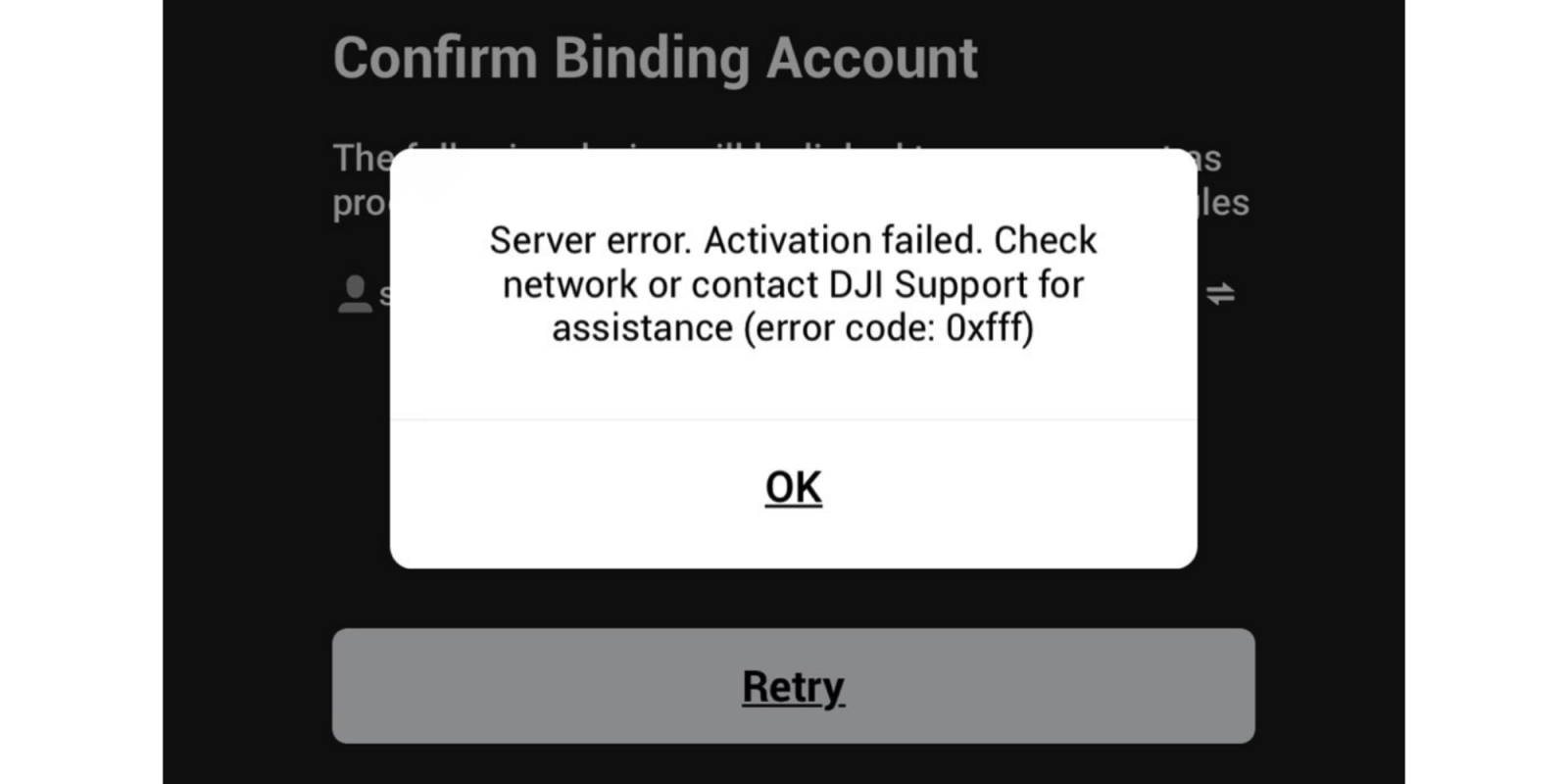 So your brand spanking new DJI FPV Combo has arrived. You’re thrilled. You open the new box and pull out those goggles. You read the instructions and try to get everything going. And then? They don’t work.

There’s no question DJI’s digital FPV goggles are pretty amazing. When the first iteration of this product was released, they quickly became the go-to goggles for FPV drone pilots. Pilots around the world were willing to shell out for the product and pour more money into retrofitting their quads to fly with the FPV Air unit, or a Caddx Vista. All good, right?

And then came DJI’s FPV Combo.

A lot of people were able to activate their systems without issue when they received the combo. But others were not. And one of those people is Ryan Smith.

Ryan got in touch with us to share his frustration with the goggles. Let’s look at Ryan’s story; he’s not alone.

Ryan has been around the drone scene for about 5-1/2 years. He knows how to fly, and he’s had experience activating products out of the box. As he puts it, “[I] have a lot of experience under my belt, this is not my first rodeo with DJI LOL.”

But what happened with the V2 Goggles that shipped with his combo is no laughing matter. We asked him to tell us what happened. Here’s his story:

The drone arrived on Monday and I proceeded to do my own boxing, which was posted on my channel and then of course went to activate and like we all do with a new toy take the time to learn it step-by-step on my vacation. Long story short, the goggles to the drone refuse to activate. I’ve tried downgrading firmware, upgrading, formatting. Different devices I’ve tried? Four iPhones, three android phones, two iPads, and one android tablet. Nothing works – even suggestions from those much more clever than I on YouTube and forums.

The goggles, or course, are capable of providing a stellar view of what the drone sees. But this is what Ryan sees when he looks in his:

Here’s the other thing he’s been seeing. And, trust us on this, it’s not what you want to see when you’ve taken a week off and all you want to do is fly your new drone:

But, so far at least, no solution has been offered to solve Ryan’s problem:

And how does that leave Ryan feeling?

While I understand that nothing in life can be perfect every day, it’s not like this was a defective battery upon arrival or a drone that had some kind of internal error; I would understand. But the fact that the drone is activated I know this because it allowed me to purchase DJI refresh, and of course the fact that I can literally see and do everything except fly is extremely frustrating, especially given that I planned purchasing this around my birthday/vacation so I’ve had this whole week off with a drone that’s a paperweight.

This problem has impacted a lot of people. Precisely how many, we can’t say – but it’s certainly more than a handful.

According to this Facebook thread, DJI has offered a temporary fix that involves using a DJI-supplied login. But, says the thread, this option has not solved the problem for some of those who’ve tried it. And that’s why DJI dealer Cyclone FPV has come up with a solution for its own customers who purchased the combo or V2 goggles and have this issue.

The solution is cumbersome, and involves shipping the guts of a DJI FPV drone around so people can activate. Each person pays a $1 fee and agrees to pass it along to the next customer in line. Here’s what that the activation device looks like:

Here’s what Cyclone FPV has to say on the relevant website page:

Cyclone FPV is offering the DJI FPV Digital Community access to our in-house developed DJI Brick that can be used in conjunction with your smartphone or tablet and your DJI V2 FPV Goggles to assist with activation.

And here are the terms: It’s basically “Use the thing, ship it to the next person on the list.” Yes, it’s kind of cumbersome. But on the other hand, it’s a really inventive workaround that shows Cyclone FPV’s commitment to its customers. The brick, obviously, is loaded with the correct firmware, and Cyclone FPV has provided clear instructions to get those goggles working. Here are the rules for taking part:

There’s a video, too

It was Cyclone FPV’s Tarek Maalouf who pulled this thing together, and posts in the FPV community show that people really appreciate the work Cyclone FPV has put into this. Tarek made a video of the teardown. If you’re interested in the process and want to learn more about what’s going on with this issue, check it out:

Joshua Bardwell also posted a fix that might work for some people:

It’s unclear what’s causing this issue, and why it seems to impact only some users. We’ve reached out to DJI for some info. We didn’t contact them until fairly late Friday afternoon, and will update when we hear back.