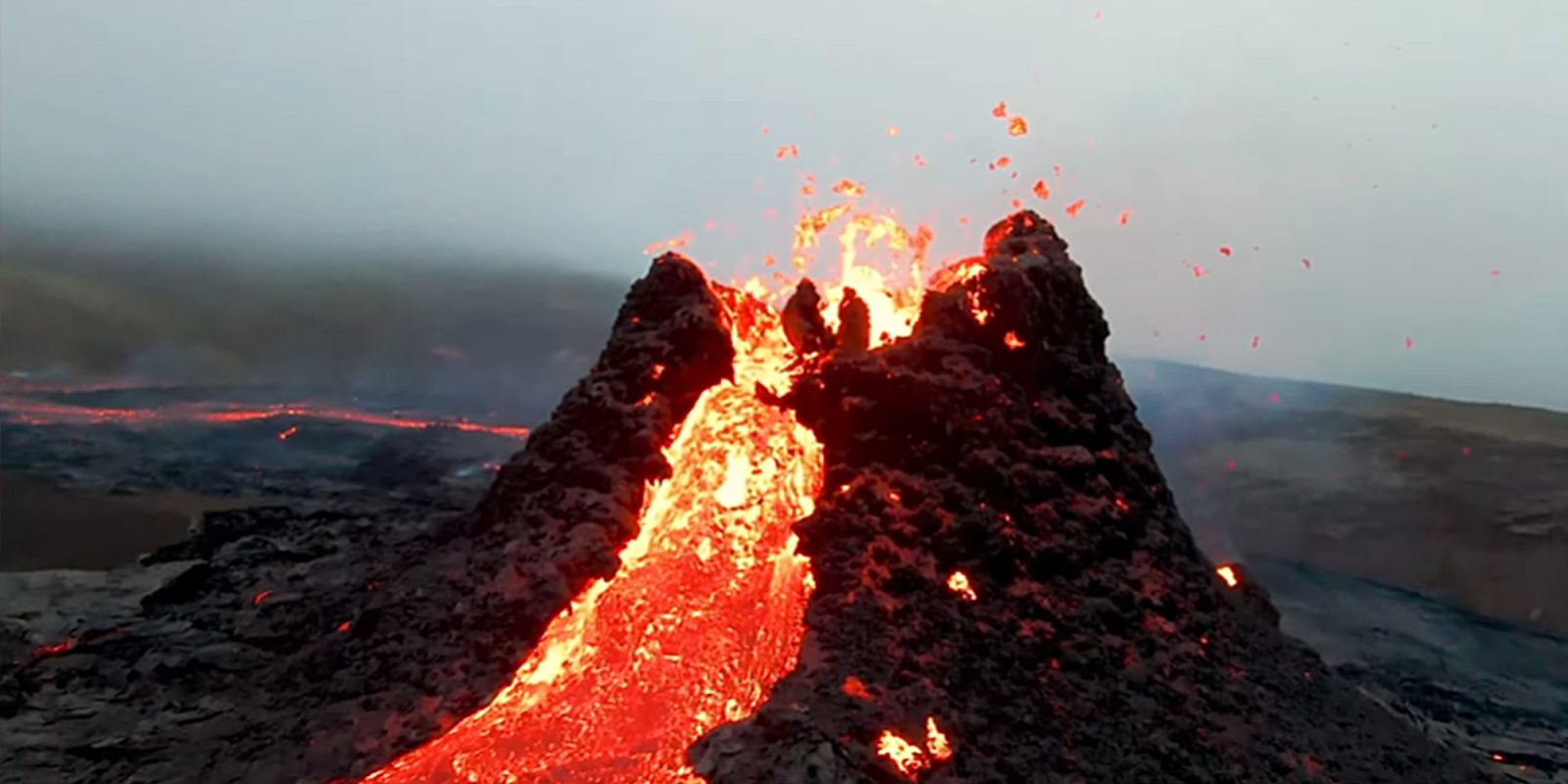 The eruption of the Fagradals Mountain volcano in Iceland may have forced the closure of the main road to the country’s international airport. But the good news is you can still take a drone flight to Mordor. And stay with it to the end.

The long dormant volcano on the Reykjanes Peninsula in southwestern Iceland erupted violently on Friday — for the first time in nearly 6000 years. The glow from the lava still lights up the outskirts of Reykjavik, about 32 kilometers away.

But drone pilots got closer than that. A lot closer. Bjorn Steinbekk posted a video of a drone flying right up to the volcano’s mouth. And it just threads the needle between two globs of hot lava that could easily have destroyed the aircraft. Be sure to watch to the end and marvel that the drone is still flying.

Take a drone flight to Mordor.

Iceland’s Department of Emergency Management says it’s not anticipating evacuations because the volcano is fairly remote, about 2.5 kilometers from the nearest road. Daily earthquakes for the past three weeks seemed to herald an eruption. There were 3,000 quakes in just one day this month. But volcanologists are apparently surprised since the seismic activity calmed down just before the mountain blew its stack.

The Ruptly international video news agency also obtained great drone video of the eruption and you can get a sense of how remote this volcano is.

Icelandic Police advised people to stay indoors and keep their windows closed to prevent inhaling dangerous gases.  Sulfur dioxide, carbon dioxide and hydrogen fluoride can all be spewed from volcanoes.  The Icelandic Meteorological Office expects the pollution, “not to cause much discomfort for people except (those) close up to the source of the eruption.”  Icelanders seem accustomed to living in a real life version of Middle Earth. In fact, Iceland’s most famous musician, Bjork, says she’s very excited.

Drones allow us to experience eruptions as they’ve never been seen before. And appreciate the prescient wisdom of Boromir.