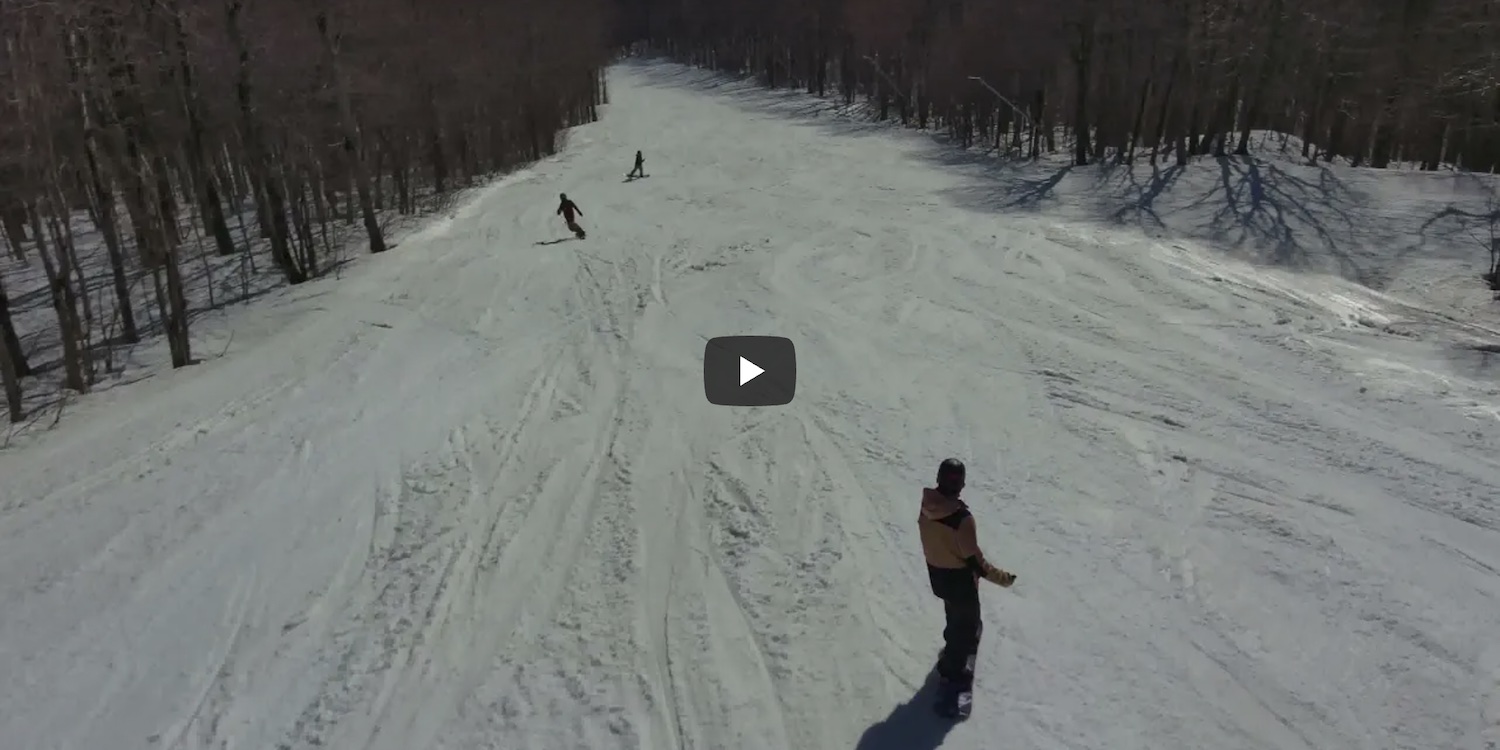 We’re big snowboarders in my family and I was finally able to get my hands on a Skydio 2 before the season ended for us this weekend. The fine folks at our favorite hill, Bromley Mountain in Southern Vermont told us we could do one run, away from ski lifts after shut down as ski patrol was heading down the mountain. The only problem (besides the slightly slushy snow)? I had just got the Skydio 2 and only flown it once. Would I be able to get it ready for the one run in just a matter of hours?

I’m obviously not a drone novice but this was the first time using a Skydio 2 in a follow type of scenario. I had been part of a team that used the original Skydio for a follow scene in an Electrek video but more as an interested observer.

Skydio vs the world (DJI)

Skydio’s reputation is that its drones are a little clunkier than DJI’s: Slightly heavier, slower, not as portable and with lower flight times overall vs the Mavic Air 2 or Mavic 2. But for ease of use and its incredible cinematic AI/Autonomy, it is leagues better than DJI’s or anything Parrot, Autel, Yuneec, or any other consumer drone company has concocted. Skydio also has a ton of innovations like its magnetic batteries, making swaps super easy and easy to use software…

If it seemed like DJI was running away in the consumer drone space with 80+% of marketshare and that is concerning. Skydio’s technology, which we’ve been covering at DroneDJ for years, throws some excitement into the game. But is it easy to use?

For setting up a follow with the beacon, I can say it is very easy. I followed the 5 step Skydio guide which basically works like this:

I got to do a trial run and was pretty impressed how well the Skydio held its place even in high winds. There are a few settings on the beacon that allow you to control how close the Skydio follows you and whether it flies behind you or in front of you or at what side angle.You can change these as the shot progresses.

Launched from hand and hovered for about 4 minutes while we waited for the OK from the ski patrol. The action picks up below…

At landing I had used about half my battery which at about 10 minutes of flying including the waiting at the top makes sense with the Skydio 2’s 23 minutes flight time. Add in the cold weather battery conditions and that flight time is great. We could have easily done another run as long as the hover time at the top was reduced.

I’ve got a lot more to learn with the Skydio 2 and I really look forward to using it for electric vehicle reviews on Electrek in the months and years ahead.

Besides my lackluster snowboarding, I’m incredibly happy with the results here. In particular, where the Skydio flew around the trees and then through two lift chairs as I entered the narrow entrance to the park. It flew at different angles as it adjusted to where I was travelling and pulled up as I sped ahead, always keeping me the focus of the video.

It really felt like there was someone piloting this thing. The AI is astounding even though the white snow backdrop is a best case scenario for drone follow AI. I’ve tried much less difficult runs with the DJI Mavic Air 2 however and failed, so Skydio is clearly the best you can get right now on the consumer scene if you’re after these kind of features. It really isn’t close.

I plan on taking the Skydio to other mountains next year and recording some of my favorite runs, where allowed. Thanks to Mike, Savannah and the Bromley Ski patrol for letting me make this video!