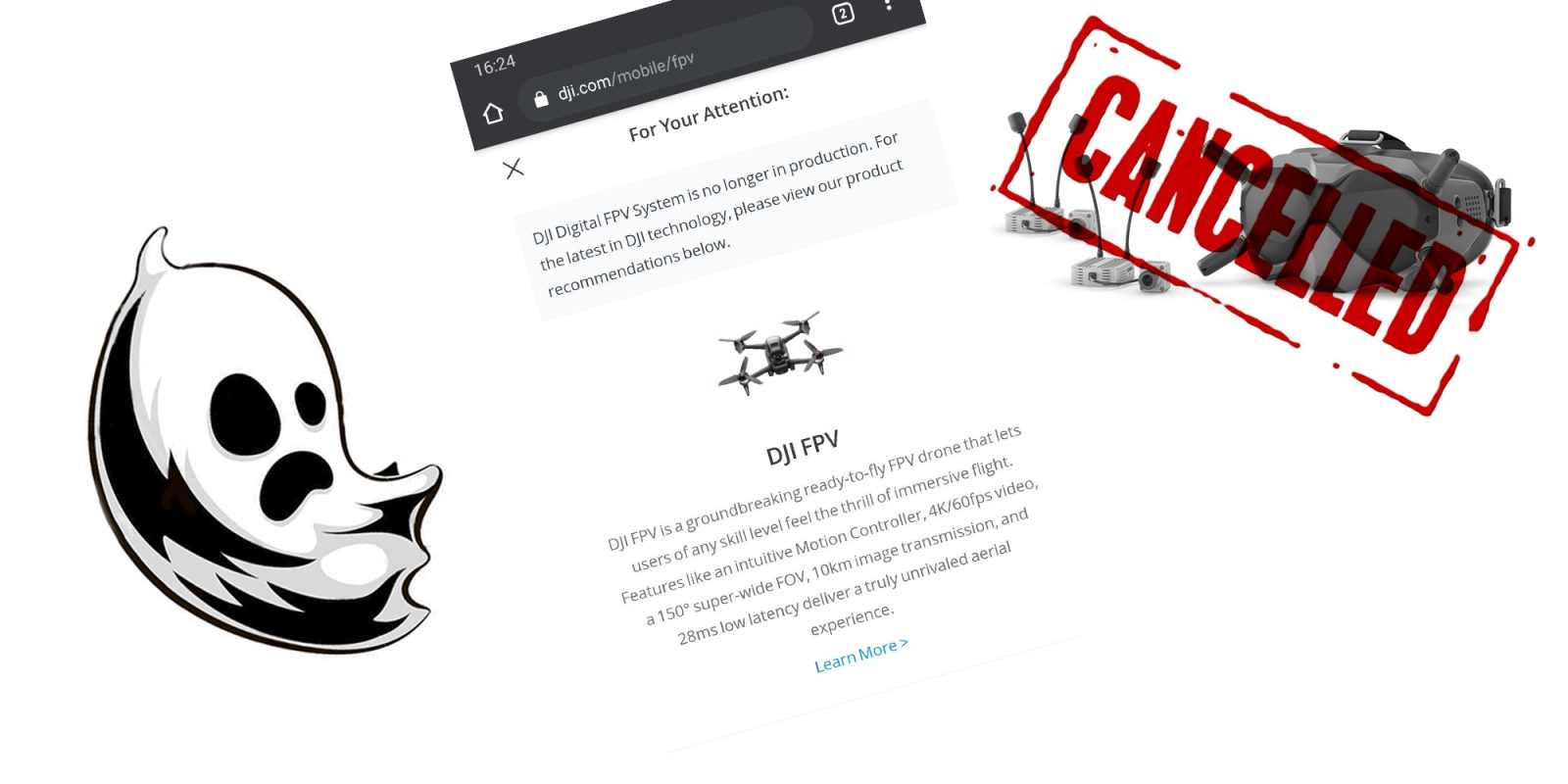 We’re regulars on tons of different drone websites, including DJI. So when things change, we notice. And what we’ve just seen certainly grabbed our attention.

DJI has been selling its original FPV system, the original v1 Goggles, for a while now, and the FPV Air Unit system has proven immensely popular with First-Person View pilots around the world. So seeing those products on the DJI site has become kind of like second-nature. They’re just always there.

If you head on over to the webpage of DJI’s old FPV system, you’ll be greeted with the following pop-up.

The wording isn’t very clear. Are they abandoning their original FPV series? Is there an Air Unit v2 on the horizon? Earlier this year, DJI stopped producing the v1 FPV goggles in favor of the v2 FPV goggles (which are compatible with v1 Air Units and Vistas). That stirred up some confusion, but it quickly settled down once the DJI FPV drone leaks started surfacing.

Meanwhile, Caddx (manufacturer of the popular Caddx Vista unit) has made a statement on their Facebook page. They have reassured us that they will still be producing Vistas and Air units. They’ve also turned our attention toward a global chip shortage. This seems to particularly be a problem with imaging sensors, and some suppliers have told retailers to expect delays.

Could DJI be working on their own version of the vista? A smaller lighter air unit? Could the next version contain tech from their FPV drone? Or perhaps they’ve just stopped manufacturing the air units themselves and are leaving it to third-party manufacturers like Caddx? Up until now, Caddx has only ever made the vista (in a couple of versions with different cameras), but in their Facebook post, they said that they “will continue to produce the Caddx Vista kit and Air unit.”

We’ve reached out to DJI for a comment and are awaiting a response. DJI never comments on unreleased products, so it’s tough to know for sure what this all means. Could there be a v2 Air Unit FCC leak in the days or weeks to come?

We can’t say for sure. But when we know…we’ll tell you.

We’ve heard back from DJI with an official statement:

DJI is still making the FPV Goggles V2 and the remote controller for our customers in the FPV community. Due to supply issues for some components of the FPV Air Unit, DJI has worked with a partner to provide an alternative system of equal performance that works with the FPV Goggles V2 and remote controller. Customers can purchase the system around Mid-April. We apologize for any inconvenience this may have caused our customers. DJI will share an update on the alternative system availability soon.

It seems we were correct in our speculation that DJI has stopped manufacturing the Air Unit themselves and have handed it over to a third-party manufacturer. We were also right that the original message (which has stopped appearing) indicated something new just over the horizon. It turns out that message was an accidental leak for a planned release after all. The surprise might be spoiled, but we’re looking forward to mid-April to see this new alternative system, as they call it.