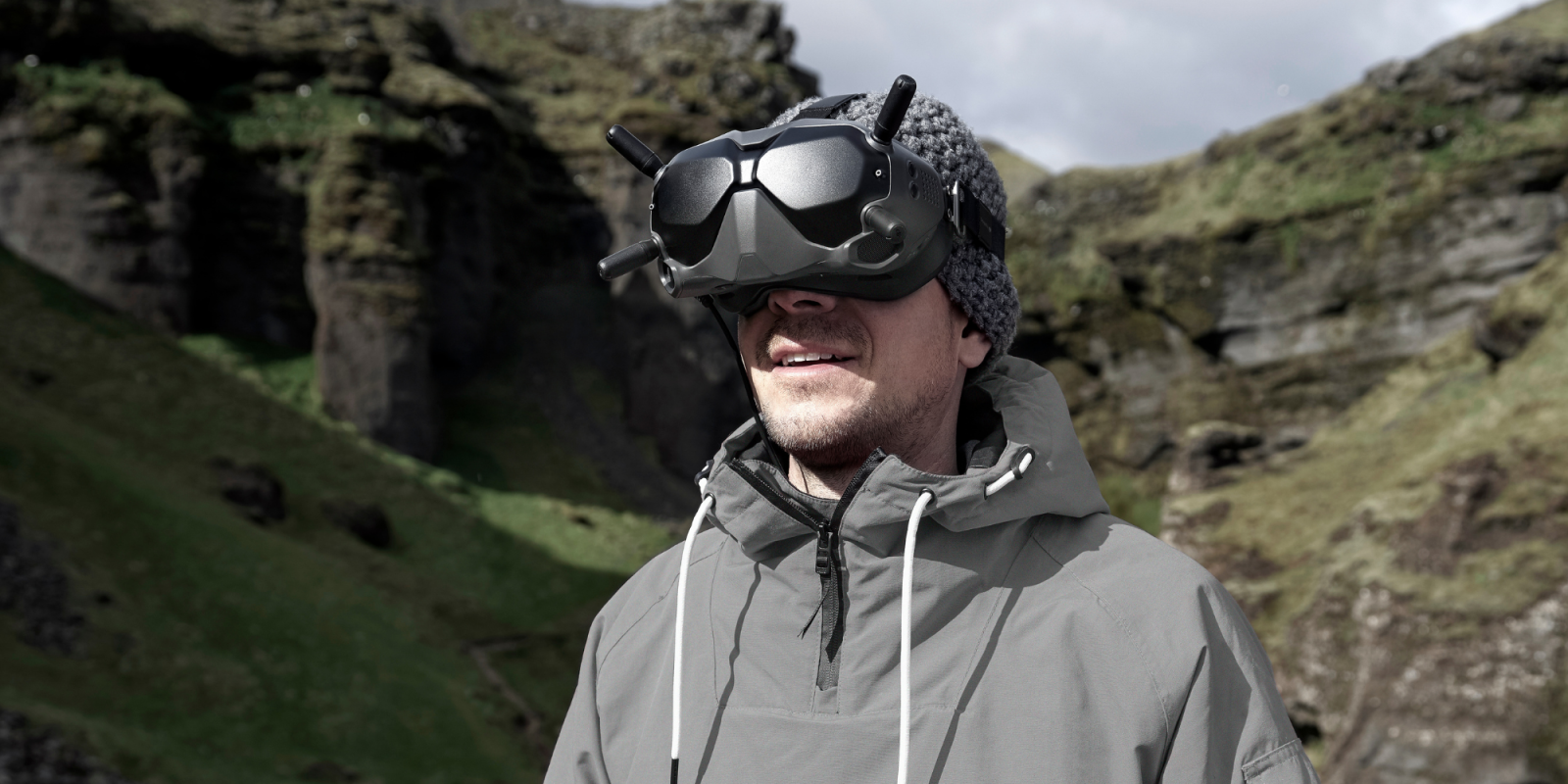 As you’ve likely heard, DJI sort of released its upgraded digital FPV goggles. We say sort of because the product appeared in the store and then promptly disappeared again. Some influencers, however, have already had a look.

There had been a lot of buzz that DJI was getting ready to produce an upgraded set of goggles for its Digital FPV system. This was fueled, in part, because you simply could not purchase the original model on the DJI store anymore. For an extended period, the message there was always the same: out of stock. It seemed reasonable to assume that was likely because DJI was gearing up to release a replacement.

Turns out, that speculation was correct.

So, the first word about the release came from the Twitter account of well-known DJI leaker @OsitaLV. Here’s what was posted:

As it turns out, YouTube influencer (and FPV brainiac) Joshua Bardwell already had a pair in his possession under embargo. When the Goggles showed up on DJI’s store (though apparently only in some Asian countries), Bardwell was told the embargo was lifted. So he pulled together a video where he answered questions that had been submitted.

Are the goggles any different in terms of appearance from V1?

Nope. Bardwell says they are exactly the same. They look exactly like the pic below:

Do the new goggles have OLED screens?

Nope. But they do have “updated” screens.

What does that mean?

The new goggles have 1440 x 810p resolution. That’s the same specification as the V1 goggles.

Implications? Bardwell says he’s under embargo and can’t talk about forthcoming products (such as DJI’s new FPV drone). But, based on what he said in his video, it’s pretty clear that the new V2 goggles will produce 810p output when paired with the new DJI FPV drone.

Are the new goggles compatible with the V1 air unit and Vista?

Does the V2 have a direct HDMI output?

Not directly, says Joshua. But you can run a USB connector to your phone and watch the action while using the DJI app.

What about the 1200 mW and FCC hack to increase power output?

“As far as I know, those do still work on the new goggles,” says Bardwell.

Do they have an analogue receiver built in?

Nope. You’ll need to pick up a module.

Do the new goggles have 2.4 GHz support?

This was noted in the FCC filing and could indicate the goggles would be able to receive over a longer range. Bardwell says he “couldn’t say” what the 2.4 GHz support on the new goggles is for but offered a sly look. The inference? They will indeed work on both 2.4 and 5.8 GHz with the new DJI FPV drone.

Can you use a 6s battery for power?

Yes. The new goggles accept up to 26 volts input, compared with 17 for V1. They also ship with a smallish rechargeable battery for power. That battery pack charges up via USB-C and will power the goggles for about 110 minutes of flight.

Personal call. But Bardwell says if you’re an FPV pilot who’s not interested in purchasing the forthcoming DJI FPV drone (which he says he can’t talk about), then there’s not really any clear advantage, except for the USB output that would allow you to see the video on a phone.

So, if you’re flying FPV with your own rigs and don’t yet have DJI goggles, you’ll probably be able to score a deal on a used set. And the rest of us? We’ll wait.