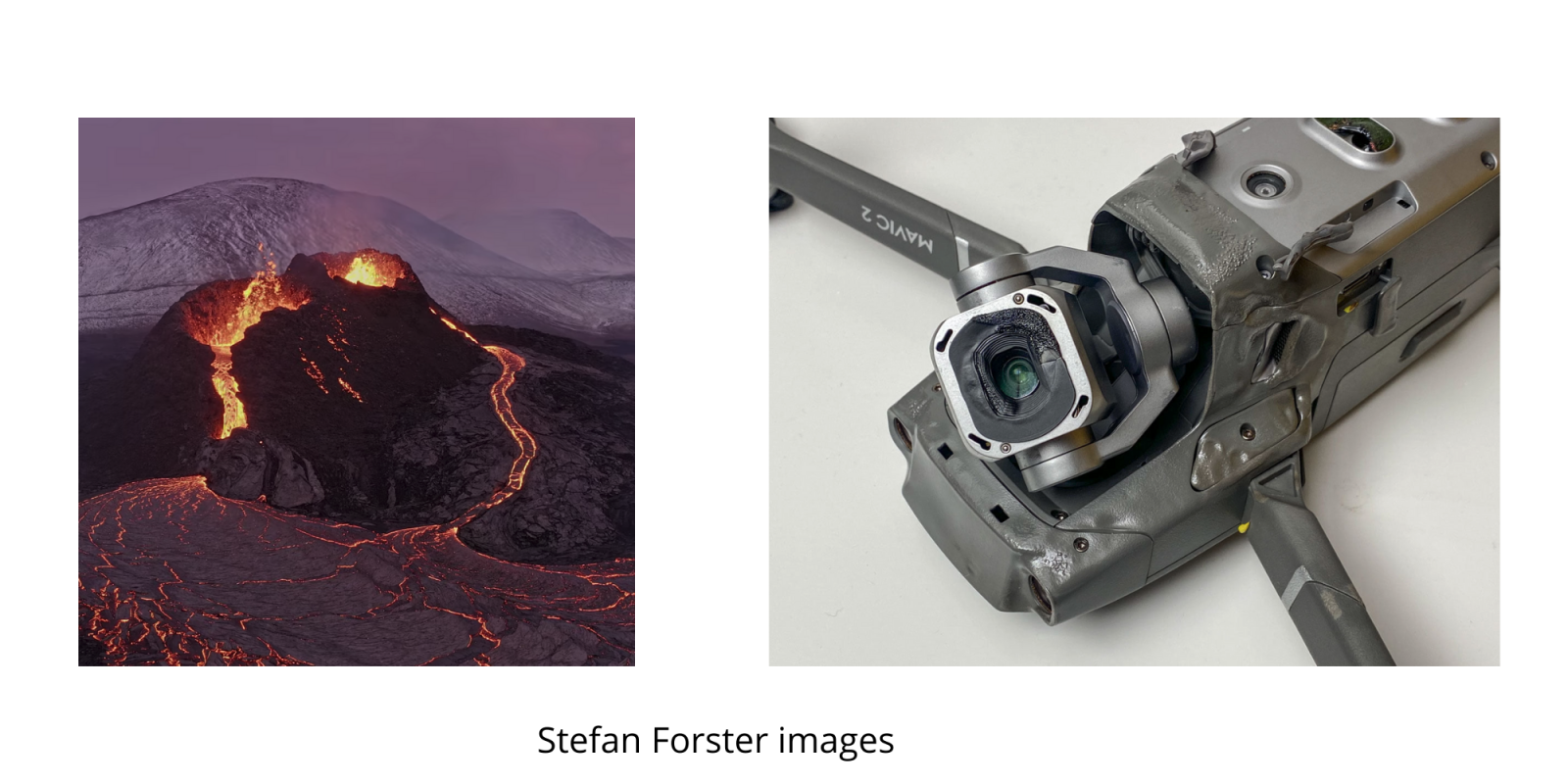 A Swiss photographer and aerial cinematographer has captured absolutely stellar footage from that volcano that’s erupting in Iceland. And he got so close that his DJI Mavic 2 Pro is now basically a melted blob. Yet it FLEW BACK.

The eruption of a volcano just a short drive from Reykjavik has drawn thousands of people who want to witness one of nature’s spectacles in action. And some of those with a particular interest? Photographers and drone cinematographers. We’ve already shown you some of the remarkable footage taken by drones at the Fagradalsfjall volcano.

But today’s installment is really something.

With a ground-based camera, you simply pick the best lens for the shot and fire away from a safe distance: close enough to get what you need, but far enough away that you’re safe from the lava flow and not uncomfortably hot or subject to intense fumes.

With a drone, it’s obviously different. You can fly while stationed at a very safe distance, while bringing your drone in as close as you’re willing to risk it. Of course, getting in close proximity to the volcano’s mouth will produce incredible footage, but it will also put your drone at increased risk. Because, and it pretty much goes without saying, the closer the drone is the greater the risk.

And it’s not just from the intense heat. That volcano keeps spitting up glorps of lava into the air, smaller chunks of which begin hardening into pumice almost immediately. So you have to watch out for both heat and projectiles.

One of those who couldn’t resist capturing this incredible spectacle is Stefan Forster, a Swiss photographer and aerial cinematographer. Stefan is a real pro, as you can see from the images on his website PhotoCube.ch.

He’s been putting in a lot of time near the volcano, working on a longer film production. And he has truly pushed the limits of what a drone can do in these circumstances. In search of the perfect shot, his Mavic 2 Pro has encountered withering heat. And while the drone doesn’t have a temperature sensor on it, look at this incredible Facebook post:

It was worth it…

You have to ask yourself: Was sacrificing a relatively expensive drone worth it? Well, all you need to do is take one look at the trailer for a forthcoming longer film Stefan is working on:

We reached out yesterday to Stefan and again today; we’re hoping to ask him a few questions. If we get him, we’ll update the story!