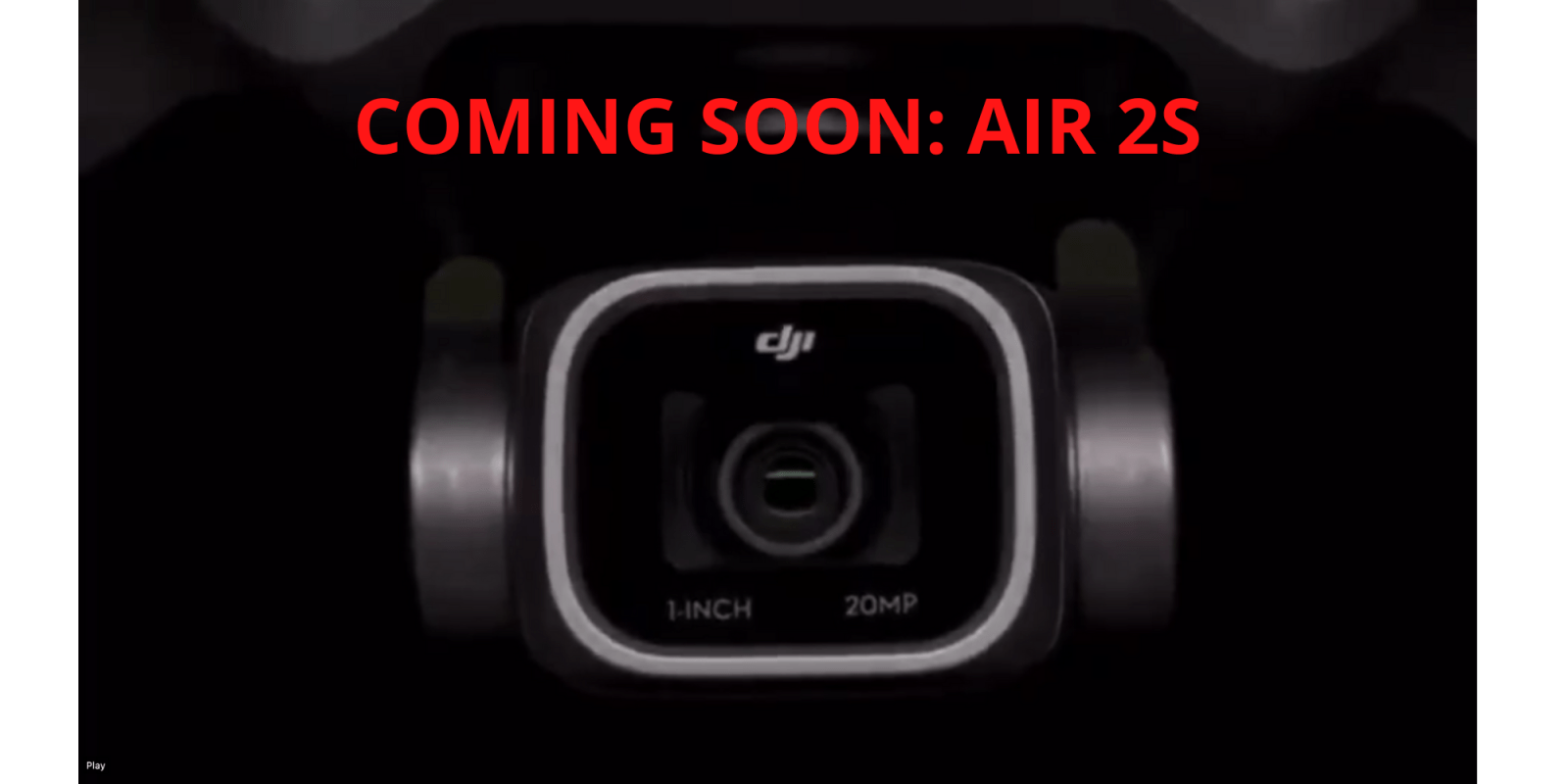 What appears to be a DJI product promo for its forthcoming Air 2S has leaked on Twitter. And, unlike teasers, this highlights some features.

The leak, as many do, comes from @OsitaLV. This person clearly has an inside track with DJI specifically, and is known for somehow obtaining inside information that nearly always pans out. And now, he’s got his hands on what appears to be an authentic short promo for the DJI Air 2S.

Luckily for us, it also includes some of the product’s features.

Why yes, yes it will. This should prove to be a significant upgrade from the 1/2″ CMOS sensor found in the Mavic Air 2. The promo shows some branding on the camera that also indicates this drone will shoot 20MP stills:

Well, the DJI Mavic Air 2 came with AirSense (in models sold in North America), which detects the signal from manned aircraft equipped with ADS-B, or Automatic Dependent Surveillance–Broadcast. If those aircraft are getting within range of an Airsense-equipped drone, the pilot will see a warning. This is a tremendous safety feature, and it’s appearing again in the Air 2S.

In addition, we can see that this drone has two additional sensors on top – likely for obstacle avoidance when in faster forward flight when the aircraft is more angled. It also has the rear sensor we saw on the Mavic Air 2.

When is the Air 2S release date?

Good question. Given the FCC filing and the leaks now starting to show, based on previous experience we’d guess this is going to be released sometime this month.