‘DJI Automotive’ dives into the world of autonomous EVs 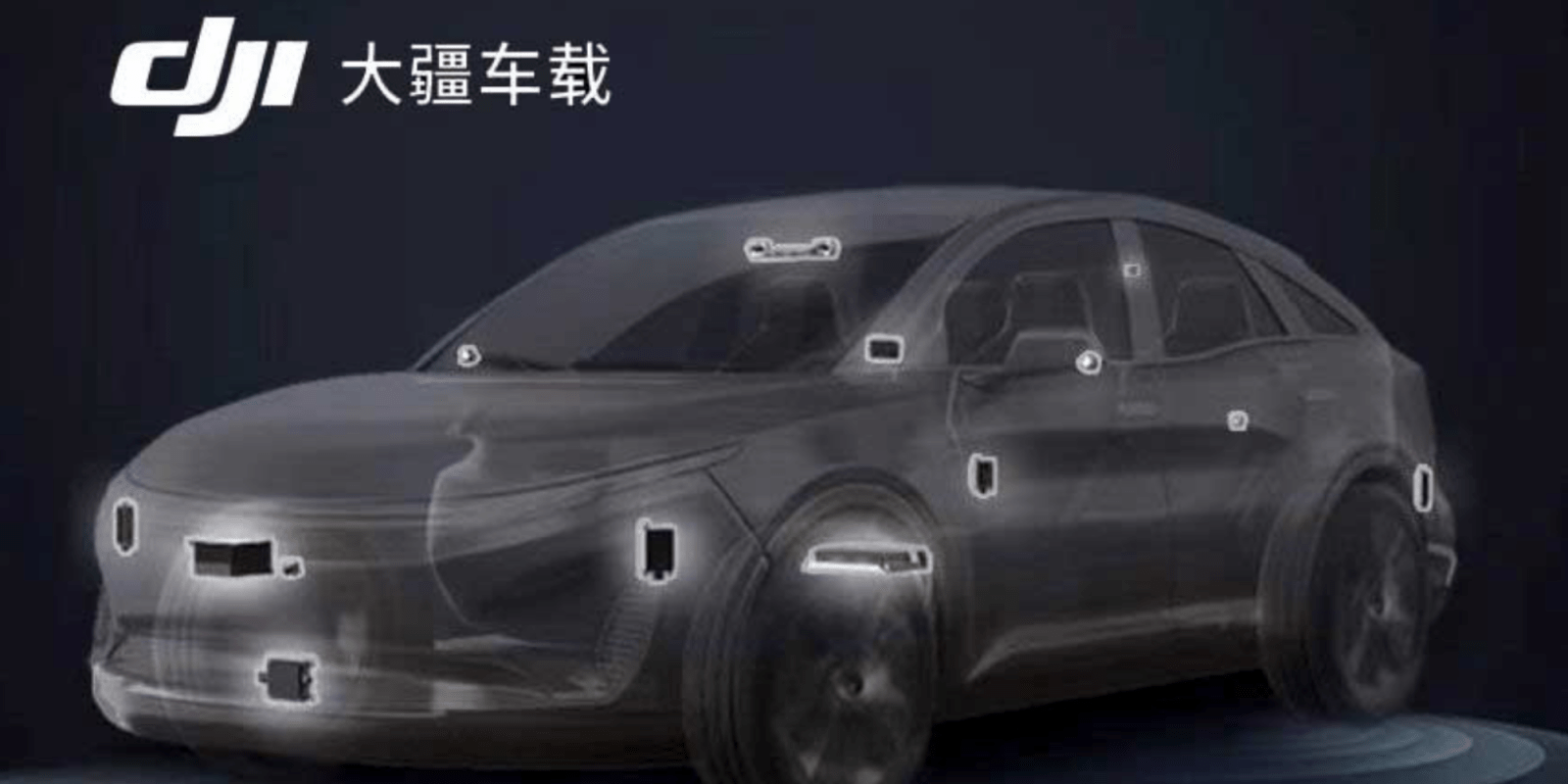 Some significant news from DJI, but it involves cars instead of drones. The company is working on supplying sensors – and perhaps much more – for autonomous vehicles. If you step back and shake your head for a second, this actually makes a lot of…sense.

Rumors about this first started floating a few months back. Reuters reported in January that the company was building an engineering team to work on self-driving technologies. You can find that background story here. At first, you might think: What? Isn’t DJI a drone company? Well, yes, it’s a company that builds drones. But it’s really a robotic technology company.

And some of DJI’s technology is a perfect fit for autonomous vehicles.

More than anything else, autonomous vehicles are all about sensors and software. Yes, there’s regenerative braking and many other things that go into these vehicles. But first and foremost, you’ve gotta have great sensors and great software to sense the environment, interpret what that data means, then make decisions based on what those sensors are capturing and crunch all of that data to help guide the vehicle.

Kinda like the DJI technology that’s packed into drones, right?

This image has popped up online. And – if it’s legit, and we kinda think it is – it strongly suggests that DJI is embarking on a new automotive division.

Does that mean building cars? No, not on anything we’ve seen or heard. But it does apparently mean supplying the eyes and brains so crucial to any autonomous vehicle:

Does this make sense?

Absolutely. If you think about it, DJI already has tremendous expertise with autonomous vehicles: Its drones. And those drones include many of the bits of technology so crucial to navigating in the world around them. DJI products come equipped with obstacle avoidance sensors, Light Detection and Ranging (LiDAR), which involves measuring the reflected light from a laser to continuously scan the environment within range, and even radar (we recently wrote about a new FCC filing for an upward-facing radar device for one of its drone products).

DJI also puts these in small, light drone packages and sells them for consumer products. It also develops the software that goes along with it which a lot of automakers lack.

In other words, DJI already has expertise with many of the core technologies required for such a venture.

DJI is a big company, with at least 14,000 employees, probably half of whom (or more) are engineers. When DJI wants to attack a problem, it literally can create even large teams fairly quickly and get into gear.

And while drones are clearly its main product line, a company of this size also has its finger on the pulse of other emerging markets. And, arguably, fewer markets are going to be as significant in the coming years as the world of autonomous vehicles.

The company also has a partnership with Livox, a LiDAR company. In fact, at the 2020 Consumer Electronics Show in Vegas, Livox unveiled two new LiDAR modules intended for use in autonomous vehicles. One of the automakers was Xpeng, which recently completed a cross China, 3600km autonomous drive.

And China, of course, is seeing the growth of its own EV market at an astounding pace. Huawei has already announced its own automotive business unit and is said to be developing sensors. And Baidu recently teamed up with another Chinese firm to begin manufacturing vehicles – so this landscape is shifting rapidly.

According to this posting in Chinese, DJI recently unveiled DJI Automotive as a separate division within the company. The post further suggests there will be more news on this front coming up in about a week, at the Shanghai Auto Show next week.

Don’t get me wrong, it’s not that DJI, which makes drones, has to build complete vehicles. Instead, it provides autonomous driving solutions to auto companies under the “DJI Automotive” brand, and is a Tier 1 supplier in the auto industry , Assisting car companies to quickly build self-driving cars that are easy to use and affordable for users.

While we didn’t exactly expect this, it doesn’t surprise us. DJI is a massive technology company with deep expertise in the very kinds of things needed to control a self-driving car. We’ll be keeping an eye out for that Shanghai Auto Show, and will keep you posted.

The move wouldn’t be unprecedented in the world of UAVs. Skydio, the upstart DJI drone competitor, was started with a lot of Tesla’s early Autopilot software engineers. One strike against DJI is that it was added to the US Commerce Department Entity List in December which may complicate it making products for the US market, especially if those products might end up in government fleets.

DJI would not comment on its plans in the autonomous vehicle space. But we suspect there may be an official announcement from Shanghai Auto Show soon.