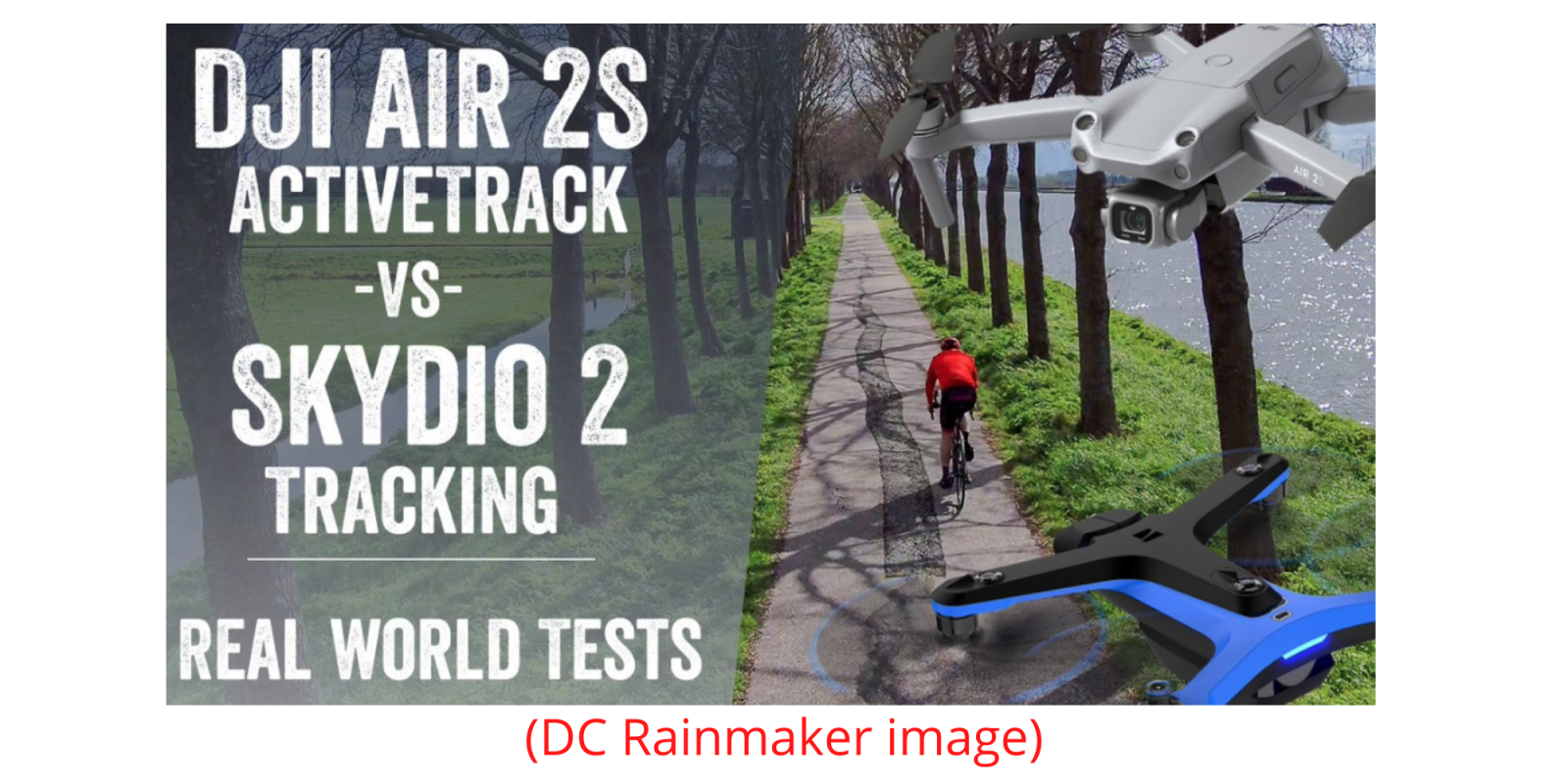 Almost as soon as the Air 2S hit the market, people were asking the inevitable question: How will it do in the tracking department? Specifically, will it track as well as the Skydio 2? Someone has already done an excellent job of investigating this, so let’s hop on for the ride.

The new Air 2S has a ton of great features going for it. Its new 1-inch CMOS sensor ups the game considerably when compared with the Mavic Air 2, and it has additional obstacle avoidance sensors and an upgraded version of the APAS Advanced Pilot Assistance Software to aid in obstacle detection and avoidance. Sounds great on paper, but how does that translate into the real world?

The Air 2S is $999. The Skydio 2 is $999. Both claim great obstacle avoidance and superior tracking abilities.

The obvious question, of course, is which one is better at doing this? Specifically, tracking a moving object while avoiding obstacles? That’s a very good question, and people were even asking us this very thing during our panel Launch Event for the DJI Air 2S. We didn’t know the answer because we had not yet had an opportunity to make that comparison.

Thankfully for us, someone did.

The Skydio 2 has a tremendous reputation for its tracking abilities. Its six 4K visual sensors pack together a 360° view of the world around it. The drone is constantly assessing its environment and making decisions about where to go next. It even has predictive algorithms (or so we recall) that can figure out where an object it’s tracking is likely to next move.

DJI drones, though the company doesn’t talk much about AI in its marketing, are also intelligent. These drones are also constantly mapping the environment in real-time as they move through space.

The Mavic Air 2, in my experience, was okay but not great at remaining locked on a moving subject. I’m not a fast runner, but if I picked up speed or made a sudden turn on the ground, the Mavic Air 2 would love me more times than not.

The Skydio 2, by contrast, has an eerily prescient way of staying locked on a subject unless they go and hide behind something. YouTube has no shortage of videos where the Skydio 2 manages trees, wires, clotheslines, etc. with flair.

It was an obvious comparison to make, and we had plans to try this ourselves. But when we saw the video you’re about to see, we thought: Let’s just get this news out there. YouTube creator DCRainmaker does an awesome comparison between the two here, and we certainly couldn’t produce anything better. So check out the full video because it’s worth watching…along with a very unanticipated series of events:

Well, these are early days for the Air 2S. In fact, it’s the earliest day today. Perhaps firmware updates will help improve things.

But the reality is, without obstacle avoidance sensors on its sides, the Air 2S is never going to see the big picture in the same way the Skydio 2 can. Hey, it would be great if it could… but we just don’t see them ever being equals in the tracking department.

That being said, don’t dismiss the Air 2S. As we point out in this lengthy review, the drone has a ton of excellent features, and it’s super compact for travel or a day in the park.

Which drone appeals to you will depend, ultimately, on what you want to use that drone to accomplish. If it’s for long-range flight, low-latency transmission, and a ton of non-tracking automated features, choose the Air 2S. But if you’re planning to bike along a canal (or down a mountain trail), it appears – certainly from this video – that you might be happier with the Skydio 2.