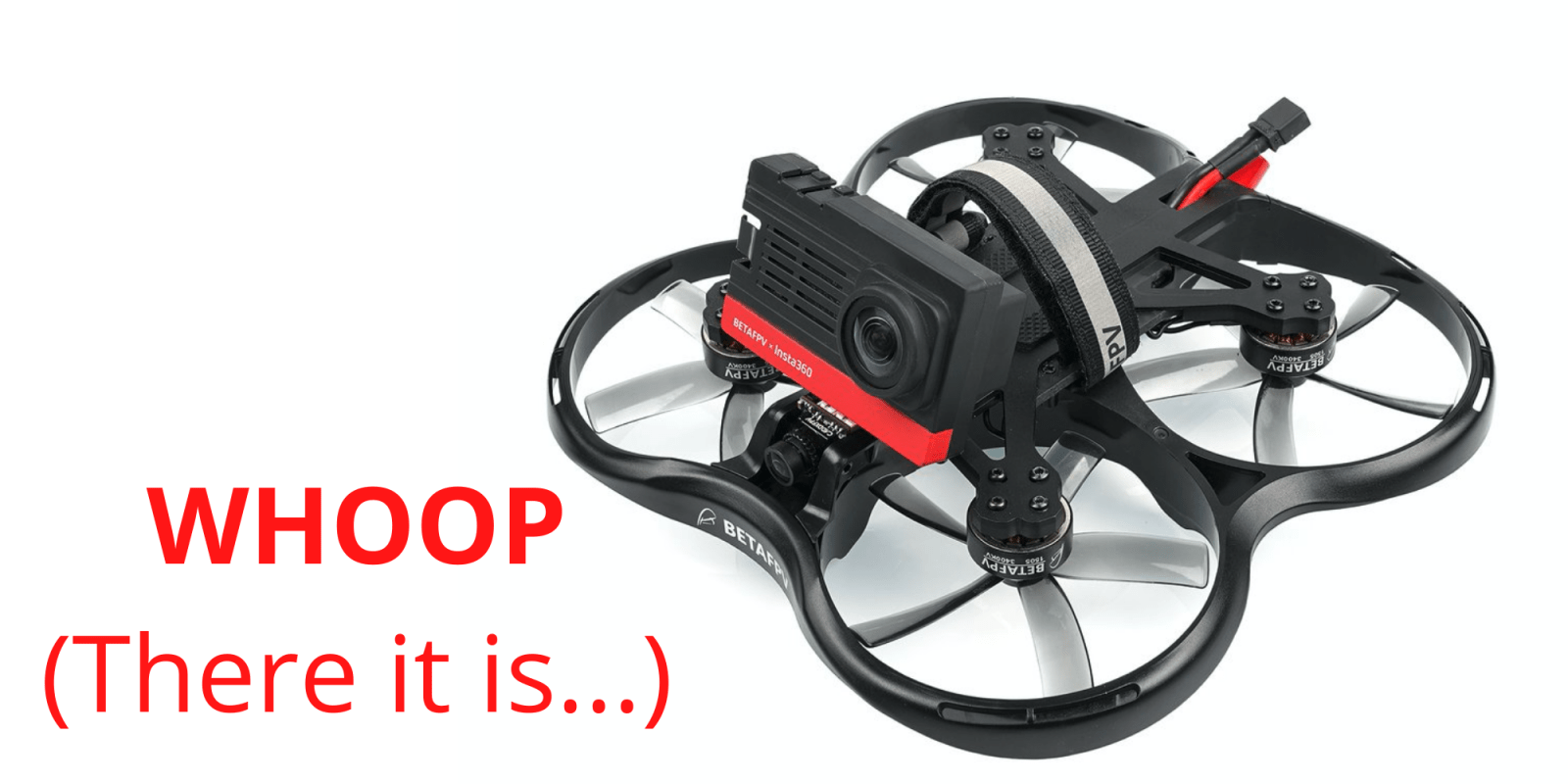 BETAFPV, a Shenzhen company that specializes in smaller drones, has unveiled a new addition to its lineup: It’s called the Pavo30 Whoop Quadcopter, and it’s got some interesting things going for it – including the fact it’s the company’s first 3″, pusher-style Whoop.

BETAFPV has some fans out there. Check out YouTube, and you’ll find no shortage of videos showing some of its Cinewhoop and toothpick-style drones doing some pretty amazing things. I purchased one of their toothpick quads (the HX-115, though it’s not currently showing on their site) at the beginning of the pandemic, and it’s a pretty amazing little FPV drone. Fast and agile, and super quiet. (It’s also currently in need of repair.)

But that’s not why we’re here.

With little fanfare, the new drone was released overnight. Here’s what it looks like:

BETAFPV has some copy on its website describing the features. Here it is in a nutshell:

Pavo30 whoop quadcopter, a new concept of 3-inch pusher drone developed by BETAFPV, is going further in performance, durability and power with brand new power system. It’s powerful enough to carry SMO 4K camera or a customized Naked Camera for all FPV freestyle tricks, and also can carry a GoPro for some simple action flying. Hence this 3-inch whoop drone can meet more high-quality shooting needs. Pilots can enjoy a incredibly stable and clear HD footage video while in the FPV flight!

And here’s how it flies

BETAFPV posted a video just a few days before the launch. The flying is great. The compression on the video? Not so much. But it does give you a good look at its capabilities:

By “pusher,” by the way, we’re referring to the motors being mounted upside-down. It’s literally pushing air down and away, rather than the more traditional configuration. (Of course, a physics prof will tell you that it’s a pressure differential that actually creates lift, but you know what we mean.)

Deeper in the deets

The standard analogue version (which does not come with that SMOL 4K camera) sells for $209.99. If you have DJI goggles and want the version with the Caddx Vista, that’ll be $309.99. BETAFPV says the new drone is more powerful than its popular Beta95X V3.

Obviously, this is a sub-250 drone, so it won’t require registration in most jurisdictions where we’re familiar with the rules. (If you’re in the US, however, and flying commercially with this product, you’ll require a Part 107 certificate and register it with the FAA.)

The company says the frame on this drone is super rugged, though we haven’t had a chance to crash it yet. It features some dampers to reduce vibration to your mounted SMOL 4K or action camera of choice.

If you’re interested in learning more about this drone, or other BETAFPV products, you’ll find those details here.