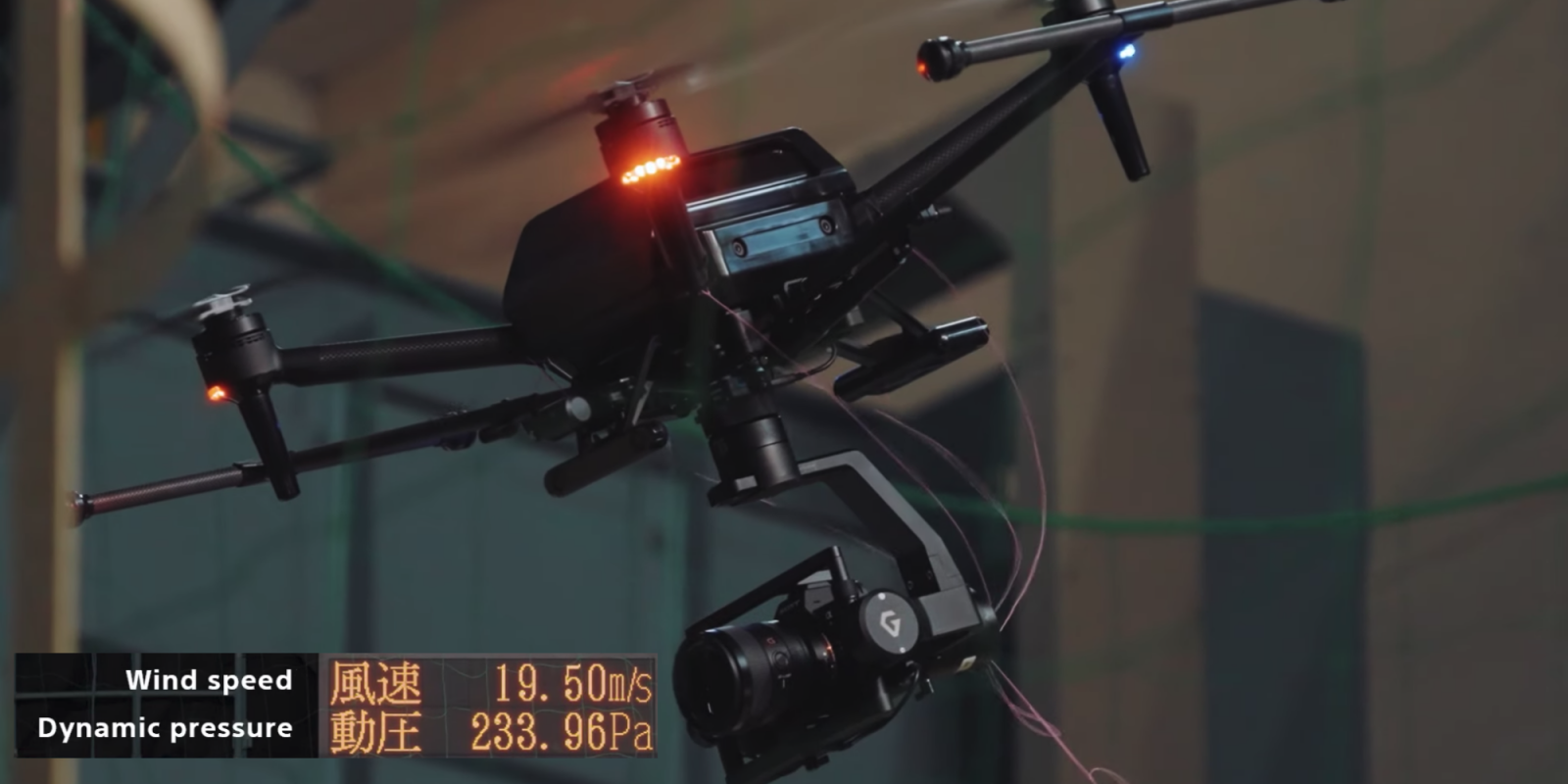 Sony has just given us another glimpse of its forthcoming Airpeak drone. And it has incredible wind resistance.

It’s been a while since Sony’s Airpeak drone crossed our radar. The forthcoming Sony drone is built largely as an aerial cinematography rig, using a Gremsy gimbal to carry whatever camera (within weight limits) the customer chooses. Now, the company has released a new video showing the drone being tested in a wind tunnel.

Sony put the drone to the test in a wind tunnel in Japan. A massive wind tunnel facility. The goal here was to see how well the drone would hold up under growing windspeeds, and when it would start to struggle. Let’s just hop right in and look, because we know you want to see this:

Toward the end, you can see that the drone hits a maximum speed on the video of 19.5 meters per second. It goes by quickly, so here’s a screen grab:

We realize not everyone is on the metric system. And though I’m in Canada, I’ve never quite got my head around meters per second. So let’s translate that into some other numbers. The speed of the wind at this point in the tunnel is 70 kilometers per hour, or 43.6 miles per hour.

That’s phenomenal. It’s also twice the wind resistance DJI shows for its Inspire 2, which is no slouch in the wind:

It also crushes the Matrice 600 Pro, a heavy lift drone that many cinematographers love:

This is impressive. We watched the video quickly at first.. and wondered if perhaps Sony had somehow cheated to get this spec. Cheated? How? Well, we thought perhaps the gimbal was empty during the test. Obviously, if the drone is carrying extra weight that would impact its wind resistance. So we took another look:

Don’t know about you, but we’ve certainly gone out for a day of flying only to have the wind kick up. We like to carry an anemometer when we can, to see just what the windspeed is, so that we can make our decision. And trust us, we do not have a drone in our possession that would withstand those kinds of winds.

Professional productions requiring aerial cinematography are often complex and involved. If it’s for a commercial or film, there are a ton of other people waiting for you to get the required shot. Being able to fly comfortably in winds up to these speeds provides a real advantage.

There’s still a lot we don’t know about the Airpeak, as Sony has been pretty low-key about the project. And it will have to do a lot of things right its first time out to be a viable competitor for DJI.

But when it comes to wind resistance? Score one for Sony. You can find out more about the Airpeak here.