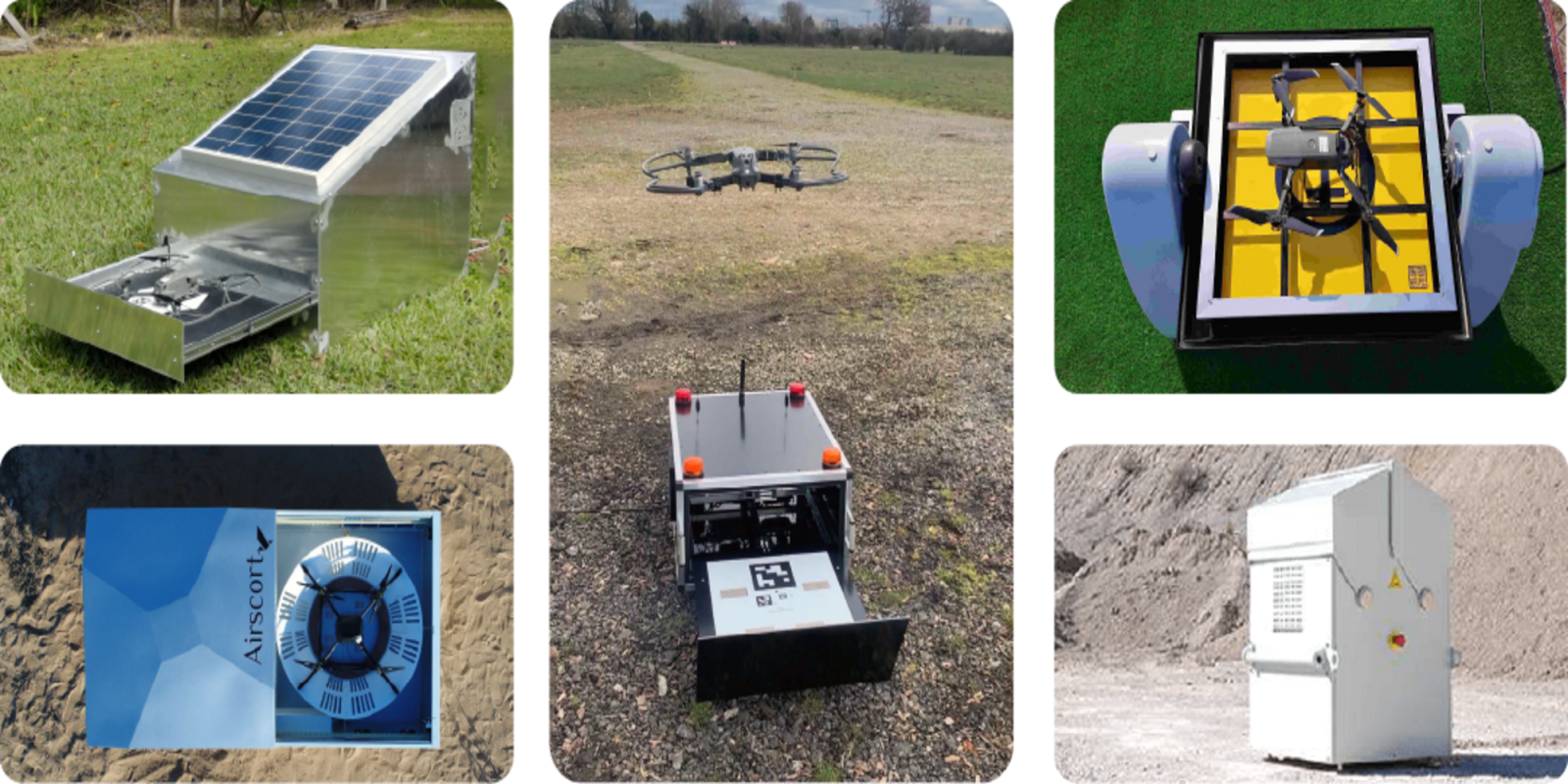 This autonomous precision landing solution for the DJI Mavic series will guarantee that your drone docks perfectly every time, and we have got a video to prove it.

For drone box manufacturers, a reliable precision landing solution is an important piece of the technology puzzle. When it comes to getting a drone to land precisely on the box for charging or battery swap, a failure rate of even one in 100 landings is unacceptable.

This means a drone-in-a-box system manufacturer can never be too careful, even while working with a drone that comes with built-in precision landing capabilities, such as the mighty DJI Mavic 2 Pro.

And so, California-headquartered software provider FlytBase has come out with a plug-and-play solution that would ensure that your DJI Mavic series drones land inside the box — every single time.

The hardware solution, we are told, is compatible with all major docking stations and comes pre-loaded with computer vision software that you need for the foolproof landing of all DJI Mavic 2 Pro drones. The software dashboard is cloud-based, and you can easily use it to pre-schedule missions and fully automate remote operations for a fleet of drones.

The FlytNow Edge Kit consists of the precision landing software module which uses computer vision technology and landing algorithms to precisely align, approach, and land DJI drones in the box. With centimeter level landing accuracy, the software module has been designed to ensure reliability and success of drone landings, every single time.

The company has put in place several failsafe mechanisms to manage uncertainties that may arise due to strong gusts of wind or adverse weather conditions. These include altitude-based precision landing triggers, designated alternate safe landing spots, audio alerts, and recovery algorithms.

You can also define the exact landing zone for the drone, depending on the size of the drone-in-a-box hardware. For reference, the platform used in the video above is only 17 inches x 16 inches. A typical docking station is at least two times the size.

FlytBase says their solution has already been tested across thousands of automated landings by customers and partners, and they are yet to hear a complaint. Want to know more or test it out yourself? Click here.