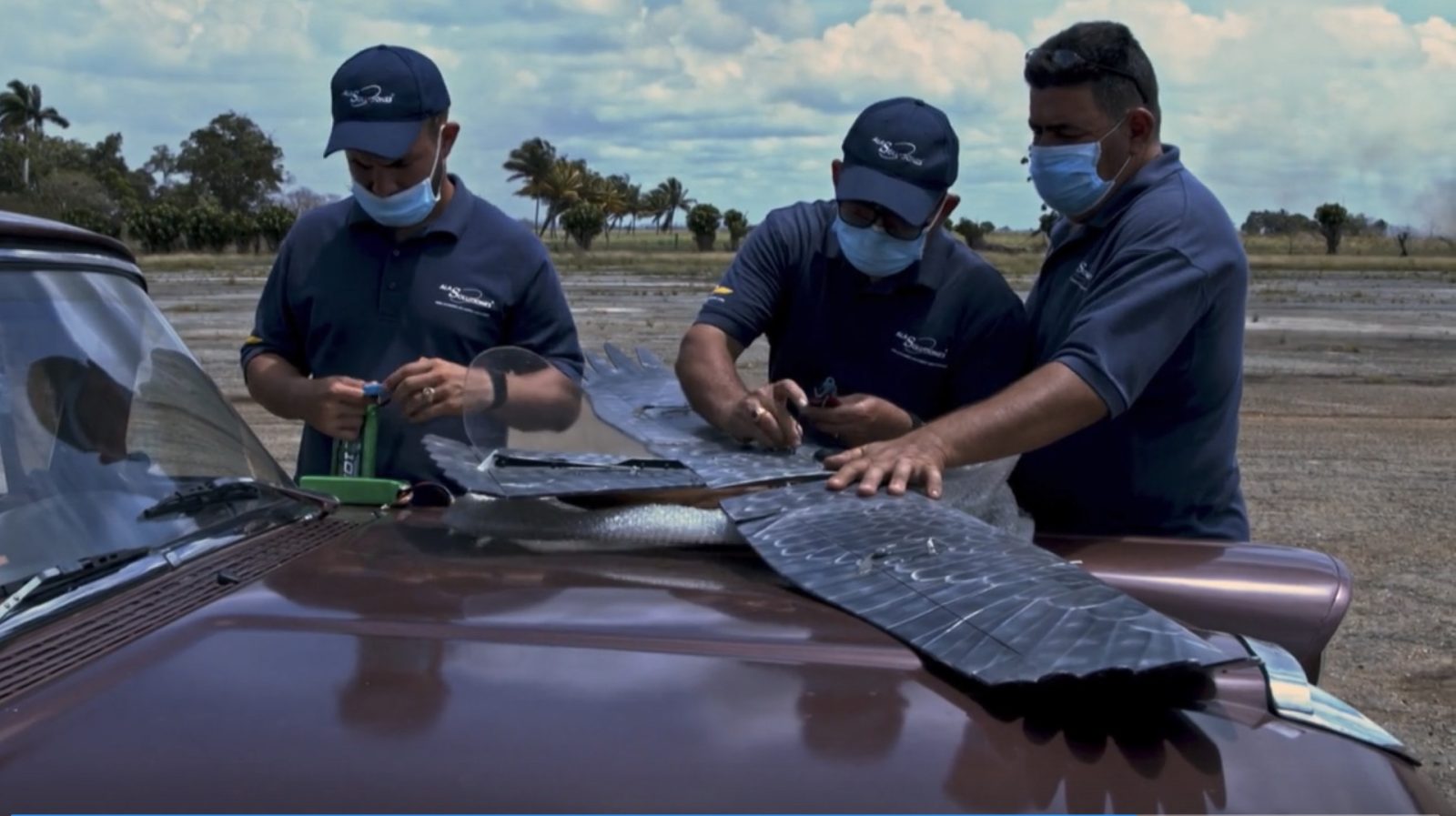 It’s a bird! It’s a plane! It’s… actually a sparrowhawk-shaped drone (screech and all). And it was built by a group of creative, driven Cuban engineers using scrap materials they rummaged up on the boycott-hobbled island nation.

The constantly expanding capabilities and technical specs of retail drones receive all the astonishment and envy they deserve. But Cuba’s sparrowhawk drone inspires another kind of respect and admiration for the never-say-die determination and ingenuity its creators put into it.

The team of five engineers and three technicians known as Alasoluciones built their drone from scrap metal and plastic they reshaped into components. Molds were made using carved wood from trees they felled in a park near their homes in San Nicolas de Bari, about 70 kilometers/43 miles southeast of Havana.

Nearly 80% of their mechanical bird of prey was (re)crafted by hand, according to reports. The group used home workshops, garages, and a well-worn 1958 Ford Fairlane to build and transport the drone.

We have been stubborn in maintaining our desire to solve challenges.

Its remarkable resemblance – and authentic screech – to a real sparrowhawk has earned the craft work. The Cuban government (which, despite halting reforms, remains virtually the only employer on the island) contracted Alasoluciones to put its creation to use. Though currently on hold due to the COVID-19 pandemic, a replica vessel is on order for use at the Camaguey international airport to frighten “other” birds away.

Meanwhile, other drones the group has built have been used in crop observation, and the inspection of gas lines, communications towers, and electricity equipment. The one-time hobby has become a cottage (or at least garage) industry.

More broadly, however, the state has been more a hinderance than help to Alasoluciones’ bid to become a genuine business. Long-standing bans on private commerce have changed little over the decades. And the grip of Cuba’s government on the economy and people have been used to justify the crippling US boycott. That has made many imported goods – including drones and their components – very hard to come by.

But some of that may be changing.

In February Havana announced it would introduce limited reforms allowing workers in over 2,000 economic sectors to declare themselves private rather than public employees. Earlier this month, officials announced a move to recognize small and medium-sized business to register as independent – a measure aiming to boost innovation on the island.

Awaiting that, the group has already joined a state-operated scheme supporting would-be startups active in tech and science areas. In exchange for 10% of its income, members receive assistance and tariff waivers on imports they need, and a five-year tax waiver to help them grow.