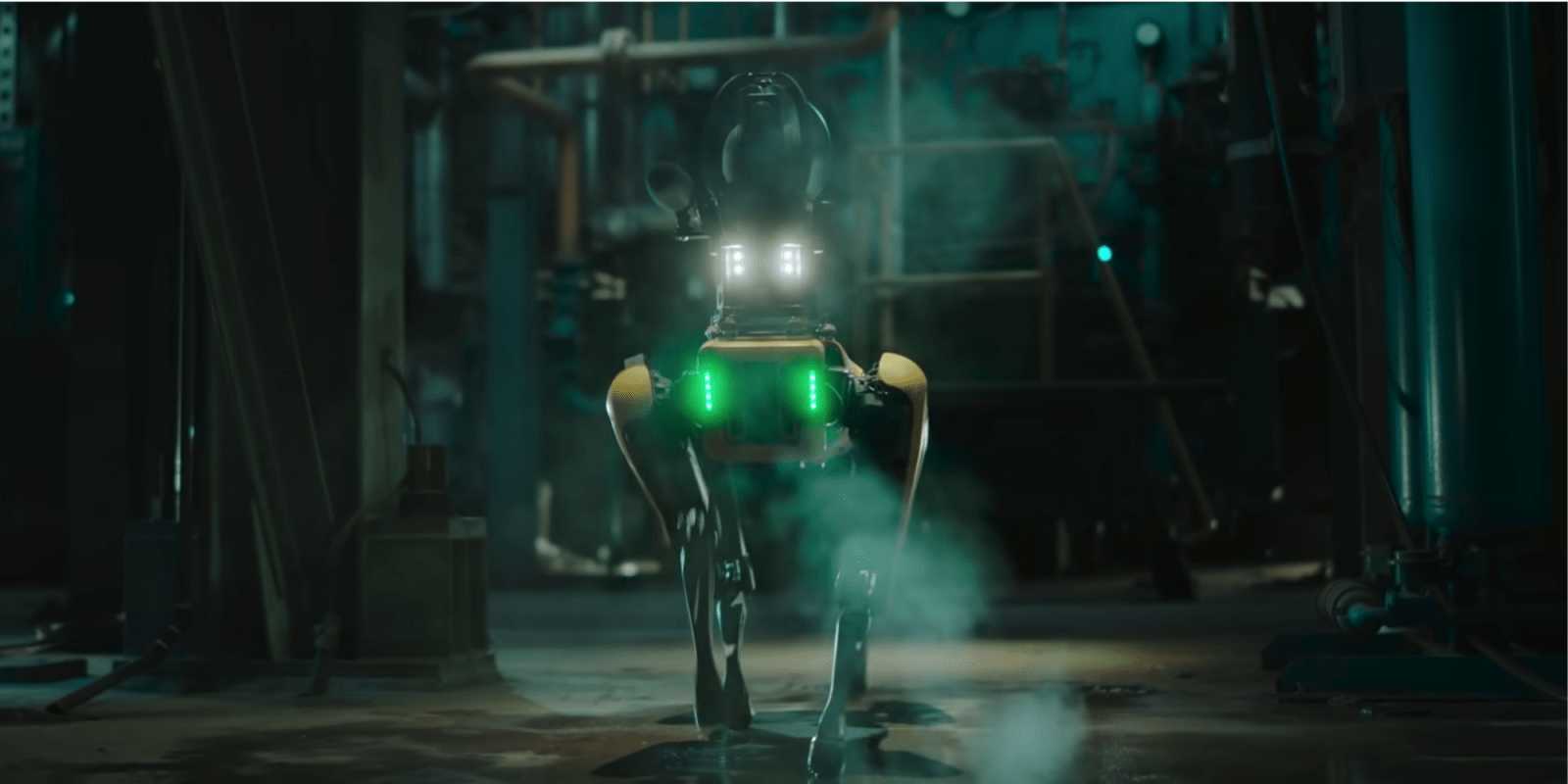 You’ve no doubt heard of Spot, the Boston Dynamics robot that looks vaguely like a dog. And you’ve likely heard of drones being used for security purposes. Now… what it you put both these technologies together?

If you want to monitor something and do it well, aerial drones can be a great choice. This is especially true for automated systems, where the drone can take off and land from a charging station and carry out its mission autonomously. But while an eye in the sky can be helpful, there’s also nothing like boots on the ground.

In this case, four robotic boots.

In a news release, Asylon Inc. has announced a partnership with Boston Dynamics. The end goal is to integrate its Spot Unmanned Ground Vehicle (UGV) into the Asylon DroneCore Robotic Perimeter Security platform. Think of Spot walking a pre-programmed path through an area you want secured, with its data enhancing that captured by drone. This combo or aerial and ground surveillance will be integrated into Asylon’s platform, known as DroneCore. It’s a move that Asylon’s chief revenue officer Michael Quiroga says makes sense:

Asylon is on a mission to build an ecosystem of advanced technologies to help our customers modernize their security postures. As such, we’re proud to enter into this partnership agreement with Boston Dynamics as we add their UGV to our best-in-class robotic security services. The coupling of air with ground robotics is a natural progression and unlocks enhanced observe and report security automation. As true modernization requires strong partnerships, our platform ecosystem partners will enable the most advanced robotic perimeter security solutions for our current and future customers.

Asylon Inc. has produced a video that outlines what DroneCore does. Here it is, though this video focuses on a UAV. But wow, that battery swap is pretty cool. And being able to maintain 50 minutes of flight time per hour? That’s pretty incredible:

And then there’s Spot, a very smart ground robot. You’ve got to hand it to Boston Dynamics. Just a few years back, its videos were nightmare fodder, with apparently unstoppable robots that looked like they belonged to an episode of Black Mirror. Well, Spot is a lot more people-friendly, and very capable:

The news release goes into a bit more detail of how this integration will work, and what benefits it will offer:

To complement the aerial surveillance offered by Asylon’s automated security drone system, the partnership with Boston Dynamics to deliver a mobile and versatile DroneDog will provide customers with unprecedented automated ground and aerial surveillance. Boston Dynamics is focused on creating robots with advanced mobility, a mission that began over 30 years ago, to deliver functional and highly mobile robots. Unlike ground robots that run on wheels or tracks, Spot’s legged design makes it capable of traversing uneven and unpredictable terrain with organic, life-like motion. Its capabilities allow for organizations to employ safer and more efficient security operations while its 14KG capacity allows for organizations to add modules and features to meet their needs and multiple units can be applied for advanced perimeter monitoring.

Looks like a pretty interesting partnership. You can envision scenarios where Spot is monitoring inside buildings, or even walking a perimeter fence, while Asylon drones keep watch from above. The days of the Night Watchman (or woman) may well be numbered.