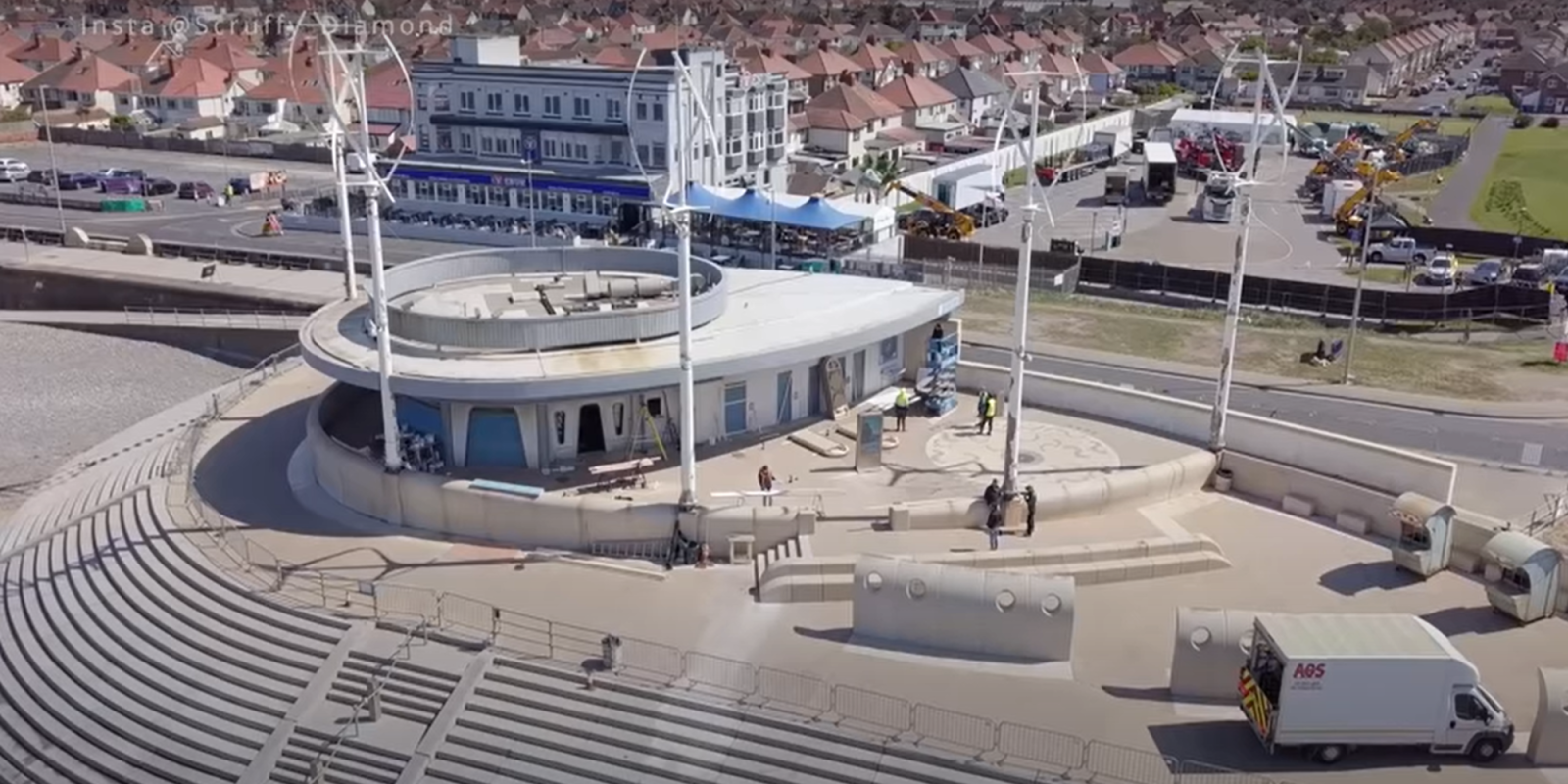 Happy Star Wars Day, everyone! And boy, have we got a little treat for you from a galaxy far, far away!

Star Wars is a cult phenomenon that belies all pop culture norms. Its appeal transcends generations, political affiliations, hobbies, interests, everything. The franchise just knows how to cater to everyone – from 5-year-olds to 75-year-olds. So, when it comes to dissecting, debating, and discussing every little detail in every little scene from the galactic saga, it’s not just the hardcore fans who can’t get enough. It triggers excitement in just about all of us.

You’re probably aware that Disney is working on a 12-part original series set in the Star Wars universe. It’s called Andor, supposed to be a prequel to the hit film Rogue One, and filming is already underway at London’s Pinewood Studios.

This month, the production crew moved into a beachfront resort café in a small English town called Cleveleys. And an enterprising drone pilot, Craig Newman, caught all the deets on video.

Newman is a professional cinematographer who has worked with the likes of BBC and Sky TV. He has been keeping an eye on the Star Wars production set with his Mavic 2 Pro for almost a week now, putting out short videos of the production trucks rolling in and set pieces being offloaded.

Newman says that he is a fan of the movies and loves all kinds of behind-the-scenes footage. His motivation for shooting the video that you’ll see shortly is to get fans hyped about the “new Star Wars stuff.” He says:

More trucks have been arriving and dropping off new set pieces including some really cool giant palm trees which I presume are going to be placed either around the Cove Cafe or placed along the promenade when shooting other scenes, or maybe both. My best guess at this point as to what the Cove Cafe set is going to be is, some kind of market or a village maybe?

Okay, enough talk already. Just watch and tell us what you think:

Star Wars: Andor is scheduled to air on the Disney Plus streaming channel in 2022. Till then, May the Fourth be with you!