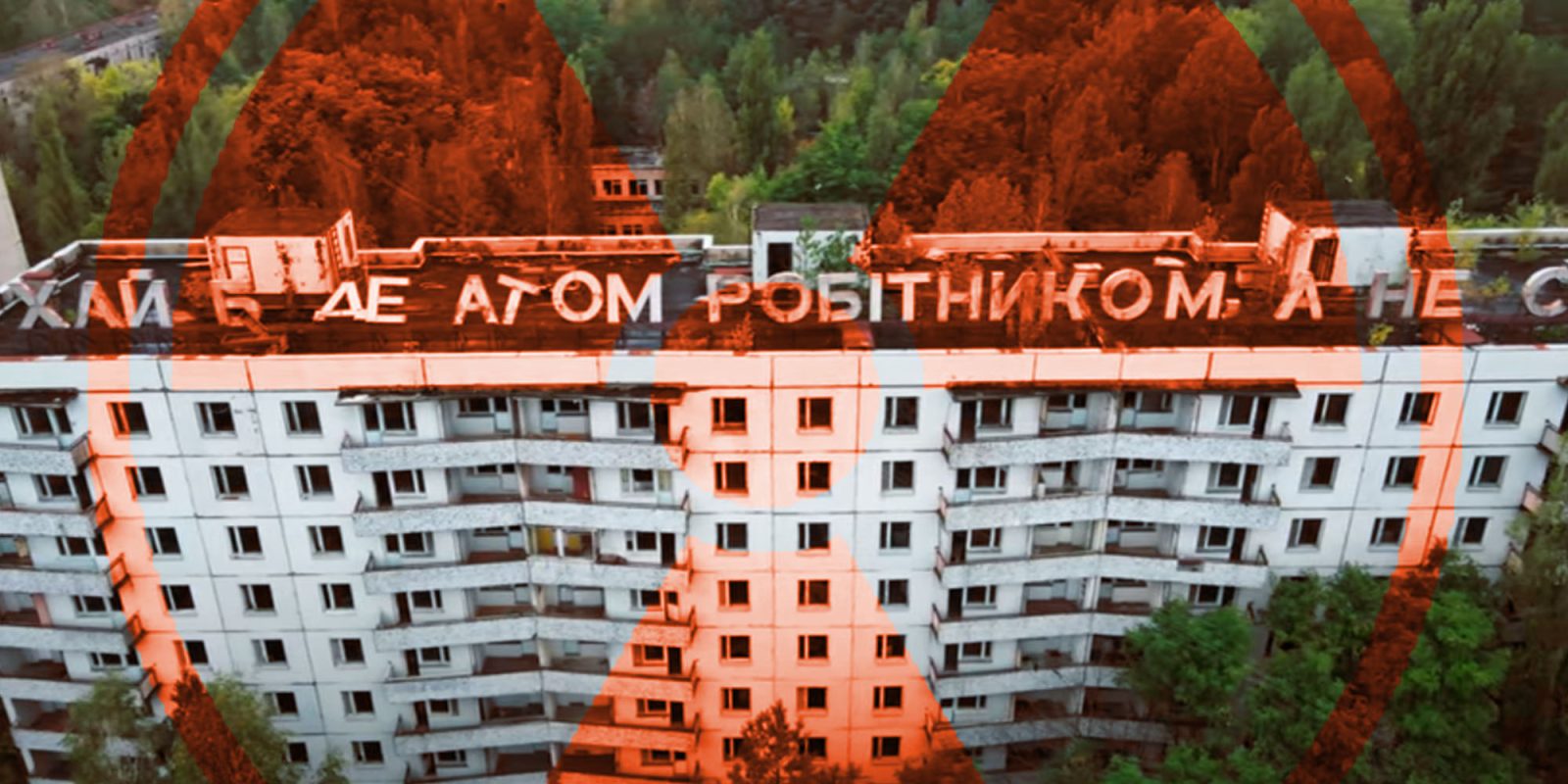 Spending three hours at the Chernobyl exclusion zone probably won’t shorten your life (much.) But why take the chance when you can float above the abandoned cities and their radioactive debris and take a drone tour of one of the most hazardous places on Earth.

The company that just posted the film, Pro-Art, isn’t terribly forthcoming with details behind its three-and-a-half-hour tour of the exclusion zone. But it appears to be early fall as the vegetation gradually takes over the cities of Chernobyl and Pripyat. More than 60,000 people once called these now virtually abandoned Ukrainian communities home.

Three and a half hours is a long time to spend hovering above radioactive ghost towns, so if you’re not particularly patient, here are a few things to check out.

The Duga radar antennae were part of the early warning system to alert the USSR of a possible nuclear attack. At 27:41​ they look strangely menacing rising out of the morning mist.

The city of Pripyat starts to appear above the tree line at the 1:04:00 mark. And the now deeply ironic motto “Let the atom be a worker, not a soldier” falls apart at 1:24:16​ above a Pripyat apartment complex.

A very worrisome-looking junkyard pops out of the bush at 1:36:44.

At 2:43:55 you can see what appears to be the Chernobyl sarcophagus. It’s the containment structure built to limit the radioactive contamination following the 1986 disaster.

I didn’t spot any people in the video, but apparently there are still a few hundred mostly elderly residents who chose not to leave. The views of the Pripyat River at 2:51:15 show there’s an amazing beauty to the place. Although, perhaps not that attractive to anyone looking forward to dozens more years of healthy living. Still, people like to see the sites, and an estimated 60,000 tourists visited Chernobyl in 2018.

Pro-Art specializes in these long drone takes, and posts them on the Relaxation Channel. You can see more at its website. The channel says the video “reminds us of the price we pay for using unsafe energy. And may we humans never repeat our mistakes.”

A DJI Mavic Air 2 took the video. Oleksandr Diakov was the cinematographer, and the film was produced by Roman Khomlyak.

We’ve seen a few of these abandoned Soviet cities lately, and drones sure make them look astonishing.

Although, the exclusion zone looks a lot more bleak when the leaves are off the trees.