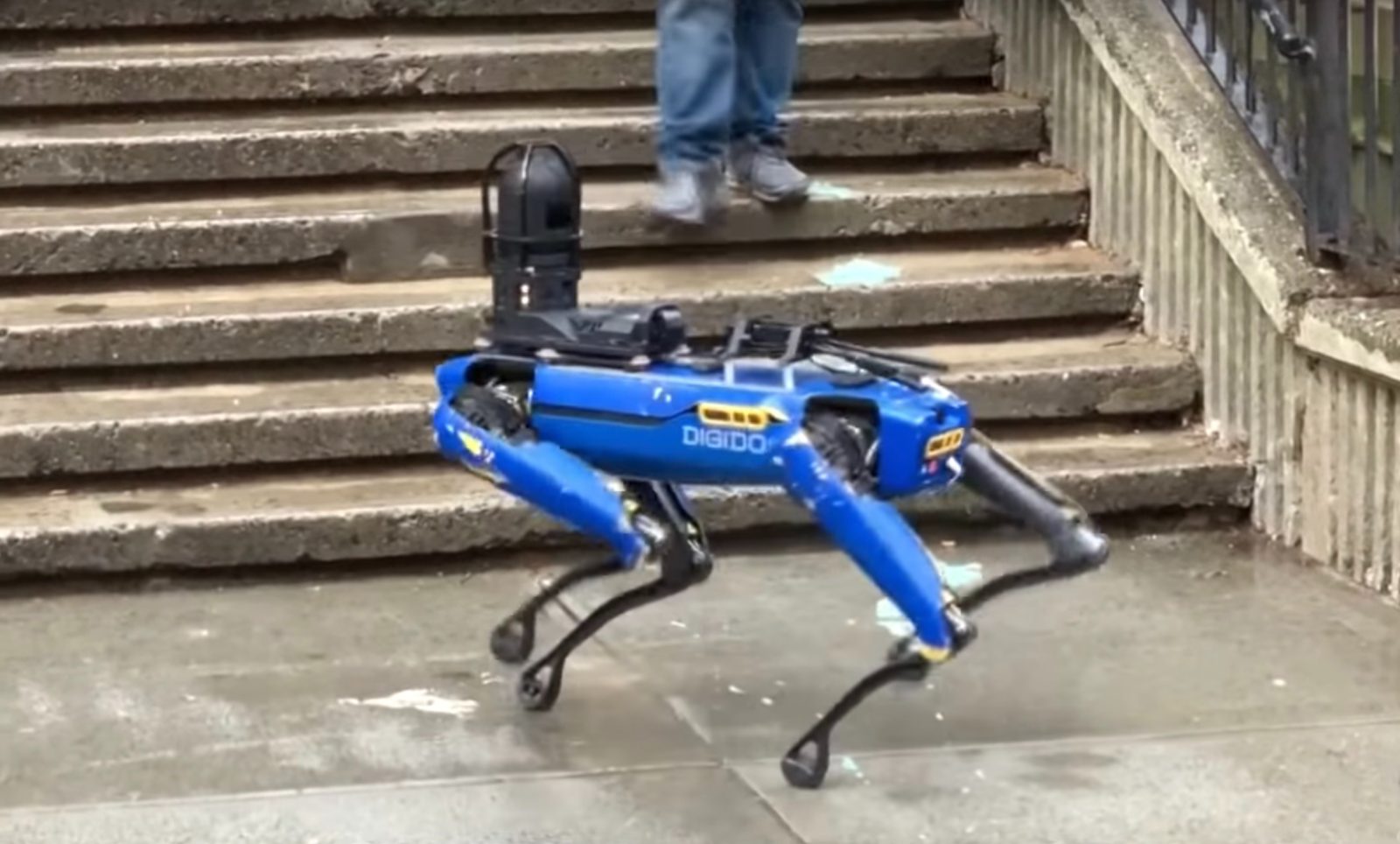 Recurring debate over police use of drones has resumed after authorities in upstate New York flew an unmanned aerial vehicle (UAV) as part of their search of a suspected gun offender’s home. That was preceded by a hubbub sparked by police in New York City using a robotic dog in certain interventions.

Deployment of drones in a variety of capacities has become standard operating procedure for police forces across the world. Yet their use in surveillance or searches often generates objections over privacy and civil liberties concerns. Those arose again this month when federal agents flew a UAV into a Poughkeepsie, NY apartment while executing a search warrant.

Video the craft streamed back to cops captured the suspect tossing a handgun out of a window. The man was subsequently arrested and booked on possession of a fire arm while subject to court-ordered restrictions prohibiting it. The entire cooperation was completed without incident – apart from objections by critics that it was a violation of privacy laws.

Use of drones in searches or other police interventions might seem like a logical use of technology. After all, sending UAVs into potentially explosive situations to act as eyes, ears, and the voice of police would likely reduce risks to humans if things turned violent.

Yet cops rarely use drones as proxies in searches of private homes – apparently wary of the Big Brother optics involved. One such case occurred in Georgia last October, and it was indeed rather eerie. But critics argue even those exceptions are unacceptable – and unlawful.

“Flying drones in public air space is invasive enough, but using it inside of a person’s home is completely unconstitutional,” Albert Fox Cahn, an NYC lawyer who focuses on technology-versus-privacy issues, told the New York Daily Post.

Some argue UAVs don’t even need to penetrate homes before becoming invasive. One of the more frequently posed internet questions comes from people wanting to know the legality of any UAV flying over their property (or selves). A variant of that asks whether laws allow individuals to knock overly prying craft out of the sky above them.

Given that common sensitivity to uninvited drones, then, it’s little wonder that a robotic “dog” deployed by the NYPD in potentially violent interventions raised more than just eyebrows. The video- and mic-equipped Digidog was used for advanced entries in situations like domestic disputes. Cops explained it allowed them to get visual reads and initial communication established before heading in.

But in addition to complaints, the four-limbed bot was an invasion of privacy and violated civil liberties, critics said the high-tech canine was simply too freaky looking to be allowed to strut around town. “It’s creepy, alienating, and sends the wrong message to New Yorkers,” Mayor Bill di Blasio said of the $94,000 gizmo.

That meant the big doghouse for Digidog. Di Blasio ordered the NYPD to return to the unit to its Boston manufacturer.