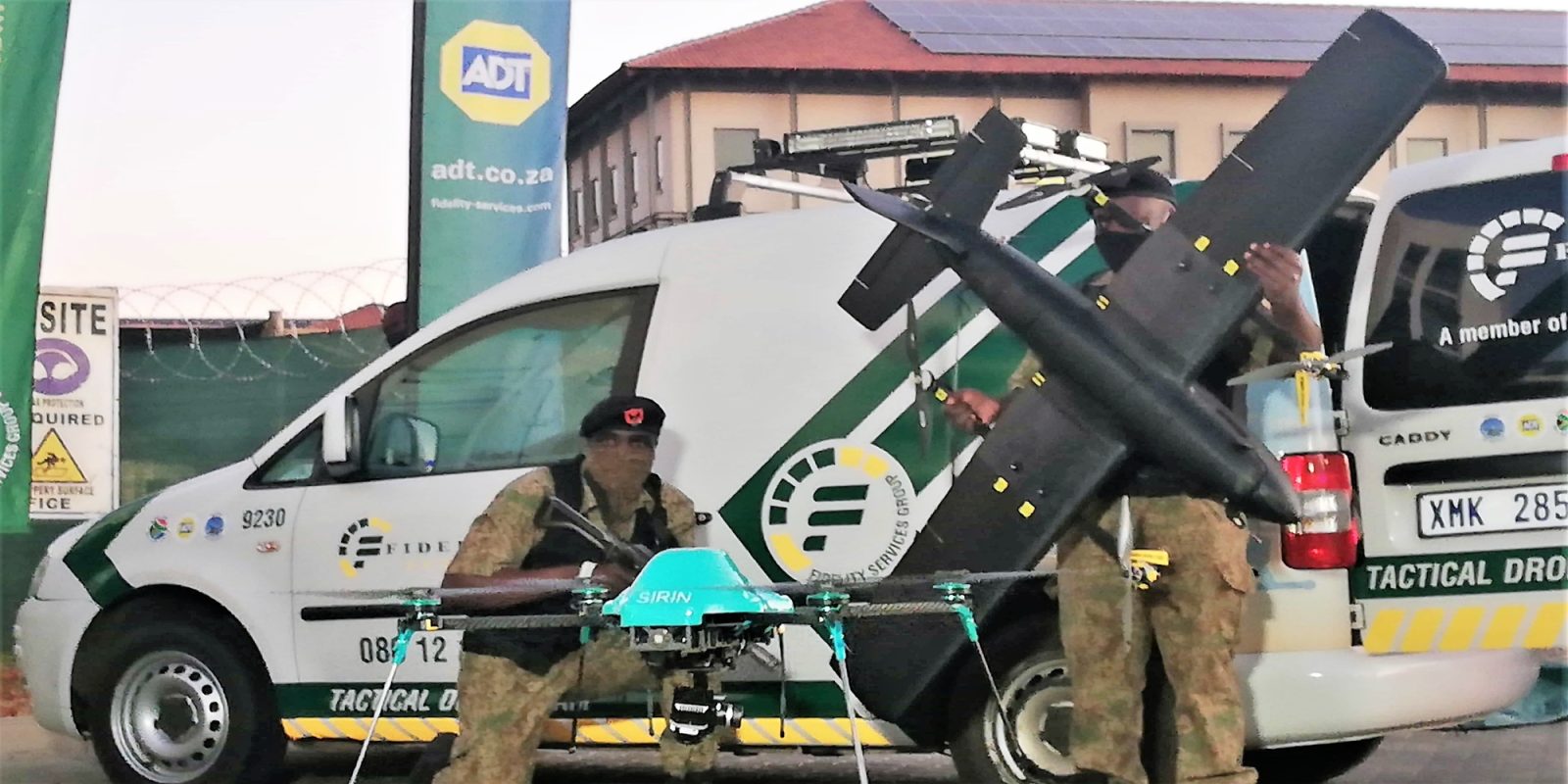 South Africa’s largest private security provider has begun a pilot program in the suburbs of Johannesburg to use drones to prevent burglaries and locate criminals faster.

The Fidelity Services Group’s private security drone trial will last for two months. For this, drone operations company UDS Group is being roped in as a partner. Right now, the pilot has been launched in the residential estates of the greater Fourways area. But it will extend to other suburbs and shopping centers soon.

It’s worth noting that 60,000-employee strong Fidelity Services Group has been successfully using drones to secure industrial complexes and infrastructure such as pipelines and cables. But an on-demand private security drone service is still a novelty in the country. And with it, the company aims to increase proactive crime prevention and facilitate a more rapid response to live crime.

The command center is linked to a tactical response unit for both reactive and proactive purposes. Customers contact a call center to activate the drone response. And on sites where Fidelity already provides security service, and the drone response will be worked into the incident escalation procedure.

The drone dispatching system follows a high degree of automation. This ensures that customers get emergency assistance at a fraction of the time it takes for a human-operated call center to react. While the company prioritizes calls by customer type, clustering the mobile drone teams into segments means the closest vehicle gets dispatched first.

For Bartmann, this kind of service has many advantages. To begin with, the deployment of a mobile drone team will act as a highly effective visible deterrent for criminals. However, once a crook breaches the outer perimeter of a residential estate or a suspect is believed to be at large on private property, private security drones can assist to quickly locate and track down the unlawful elements.

Not just that, Bartmann hopes that on-demand drones will play a significant role in other emergency situations too. These could include dangerous fires or land invasions that require real-time situational awareness.

Bartmann assures the company will conduct private security drone operations in strict accordance with privacy laws and aviation regulations. He explains that all drones will be licensed and federal permission for flight plans will also be sought, as needed.

Moreover, drone operations on private properties will be conducted only with the permission of the landowner and/or another authorized person. As Bartmann sums up:

We are very excited about the introduction of drone technology in the residential space. It will act as an added means to tighten the net for criminals and add an additional layer of security. Its success has already been proven in remote areas. And we have no doubt we will have similar success in specified residential areas.