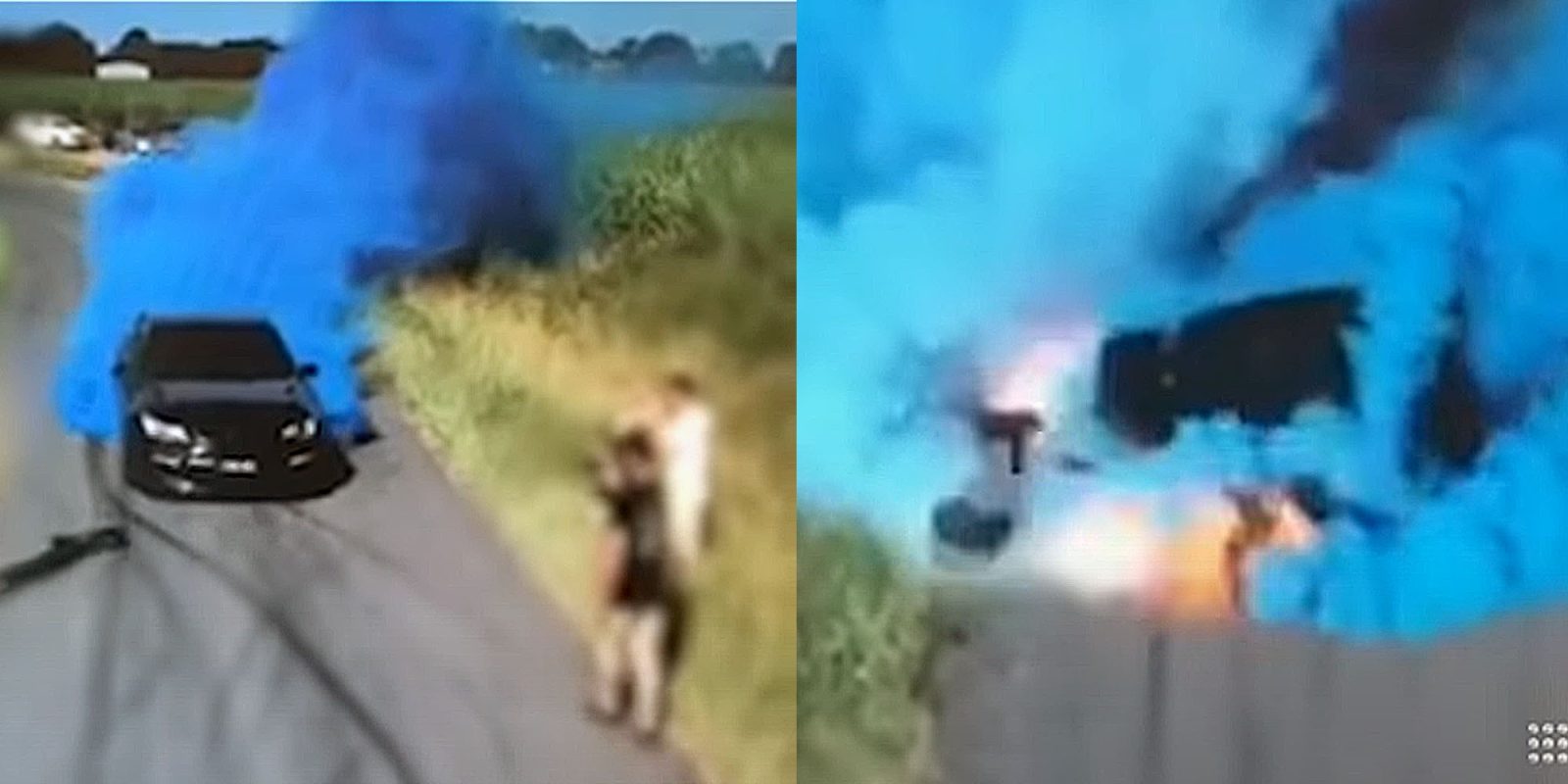 If you’re unfamiliar with hoons, burnouts, or gender reveal parties, then watch this video to see all of them at once, capped by a fiery blast at the end. A drone captures a strange Australian ritual gone explosively wrong.

A hoon is Australian slang for a reckless driver. A burnout is when a driver slams on the brakes and the gas at the same time to make the back tires smoke. (For the lolz!) And a gender reveal party is when expectant parents host a party to announce the sex of their soon-to-be-born, often in a surprising way. What makes this thing uniquely Australian is that some hoons put special chemicals on their rear tires to make the smoke pink or blue to announce the baby’s gender.

Oh, and the other Australian thing is that police plead with Australians to stop doing this.

It’s in response to a recent social media post showing a Ford sedan spin erratically while pink smoke billows into the sky.

“Those people can expect to receive the full impact of the law in relation to endangering lives through their use of a motor vehicle,” says Traffic Services Branch chief officer superintendent Bob Gray.

“This is absolutely idiotic, moronic behavior,” says South Australian police minister Vincent Tarzia. “Somebody could have been killed here. So much could have gone wrong.”

And to show how wrong, they point to this burnout in Queensland last year when… oh, just watch. It’s nuts.

The driver burned out on a secluded road on the Gold Coast. As the drone flies upwards, the car continues its burnout until it turns sideways.

Then a lot of things go sideways.

A fire starts, and despite the obvious danger, someone climbs back in and tries to drive away. No one was seriously injured. But the driver was arrested and fined AUD $1,000. The drone video was fairly incriminating.

Lots of people like to hold dramatic gender reveal parties, but it should be remembered that fireworks at one such party in the US last year likely caused one of the California wildfires that destroyed 8,600 acres.

Here are some more Australian burnouts. It seems drones and burnouts go together like… hoons and ruins.