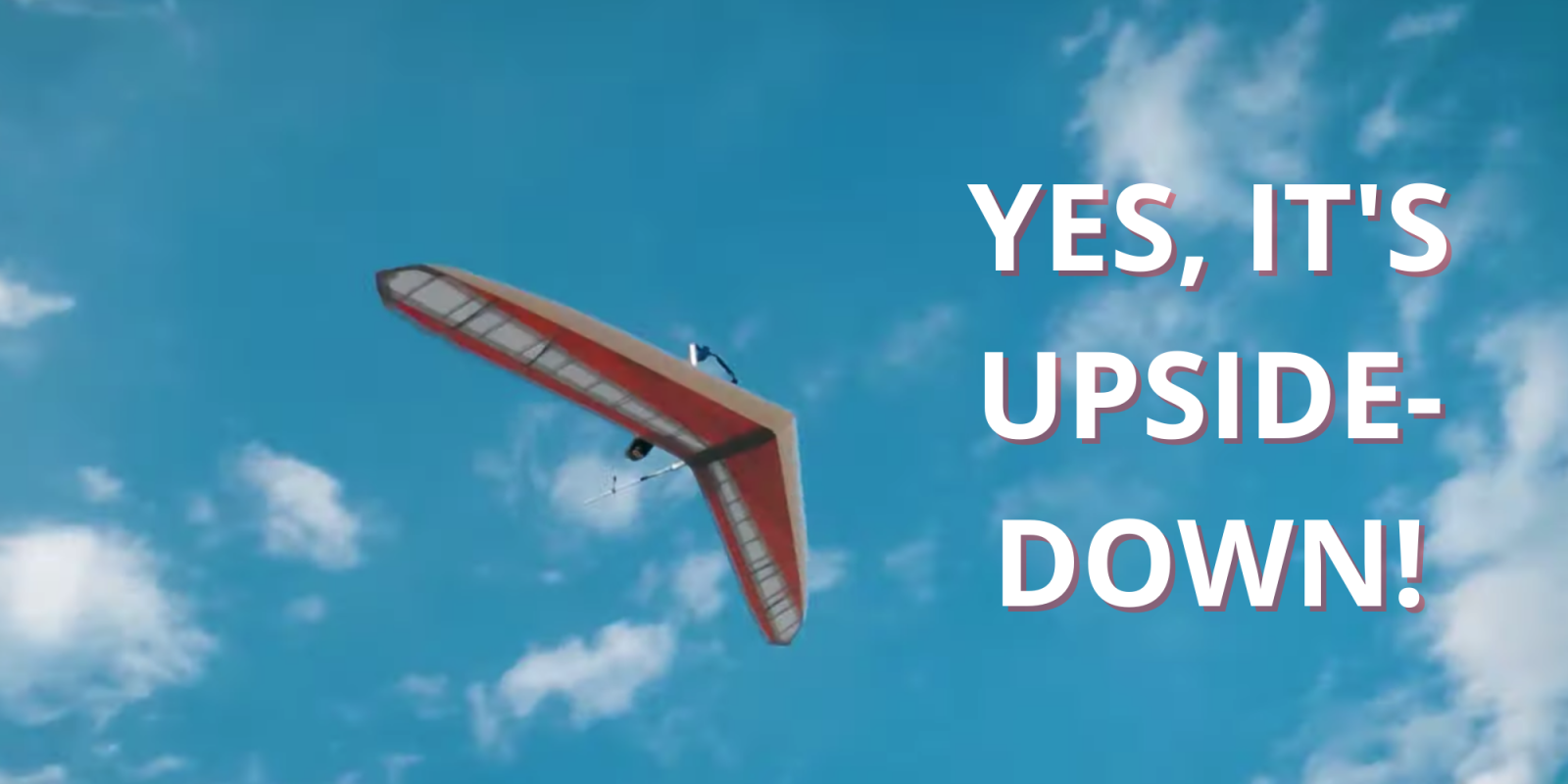 We got a heads up from our pal Nikolay over at FPV Filmz. We keep in touch because Nikolay’s a very talented pilot who’s always pushing the envelope. And he did so again with this new video.

Because this involves hang gliders, I thought I’d give you a little backstory. When I was a teenager, a poster popped up in my high school. “Get High Legally!” it said. Then it offered hang-gliding lessons. I signed up and took a few flights. Most were short hops, but on an exceedingly windy day we made the decision that I could launch from a high hill used for downhill skiing. To make a long story short, I launched and was somehow soon heading directly for a pole that held lights for night skiing. I became fixated on the target and – though I tried to turn away – kept heading directly for it. At the last second, I pulled my legs out of the prone harness and tried to kick the pole and glance off it, thinking I could somehow redirect my flight. Instead, I dropped like a stone.

You don’t flutter when you fall with a hang glider; you just fall. And so straight down I went, some 30-40 feet. I landed upside-down on my back, directly on that triangular bar used for controlling the kite. It absorbed some of the shock, bending completely out of shape. Me? Well, no broken bones. But I was in very rough shape and blame that incident for occasional back problems that have dogged me sporadically ever since.

So it didn’t turn out as planned. But it could have been much, much worse.

You may well have seen some of this on YouTube already. Experienced hang-gliding pilots who can maneuver their kites like they’re piloting a fighter jet. Well, maybe not quite like that, but with such skill that they make loops and spirals and dives look simply easy. My helmet is off to them. (By the way, I did actually try a tandem flight using a ground-based towing system a couple of decades later. We didn’t hit a pole.)

Anyway, those pilots generally record their own flights with action cams. But what if you could actually follow them through the sky with a First-Person-View drone? In theory, you’d wind up with a pretty dope video. But wow, you’d sure want a good FPV pilot as your wingman.

Nikolay’s got it. We’ve seen a number of ace vids from him (here’s the last one we wrote about), and there’s no denying his skill behind the sticks. What’s amazing (and should give some of us hope) is that Nikolay only started flying in February 2020. Basically he put in 60 dedicated hours on a simulator, made the transition, and hasn’t looked back.

In fact, he’s only looked ahead – figuring out the next challenge or build. For the video we’re about to see, he’s flying a new prototype quad. Here’s what the YouTube description says:

From loop de loops to spins, Ian Brubaker (@hg_loops) fearlessly defies gravity in his hang glider with an fpv drone several feet away. In order to capture these shots, I used a prototype fpv drone that I’ve been developing with my friend Zach Carrizales. We hope to release our new quad design in the coming months.

We look forward to seeing that. Almost as much as we’re looking forward to the video.

Here it is. Nikolay clearly has a really solid feel for space, constantly calculating where his subjects will be next and ensuring they’re safely framed up. The results are spectacular:

How did he do that?

Well, part of the answer is Nikolay’s skill. But there’s something about the prototype frame he’s been developing with his friend Zach that made these unique shots possible. Here’s what Nikolay was willing to share with us:

It’s a bit early to share details about our prototype drone because it’s still a work in progress. But this shoot wouldn’t have been possible without it. In a few weeks time, I will be making a thorough launch video about the drone frame, what it can be used for, and why it is a game-changer for the FPV world.

We’re obviously looking forward to hearing some deets about this new build. We have to wonder if they might have added a remote-controlled gimbal for camera positioning, instead of having to rely solely on having the quad in just the right spot every single time.

We can’t say for sure. But when Nikolay is ready to share, we’ll be there.