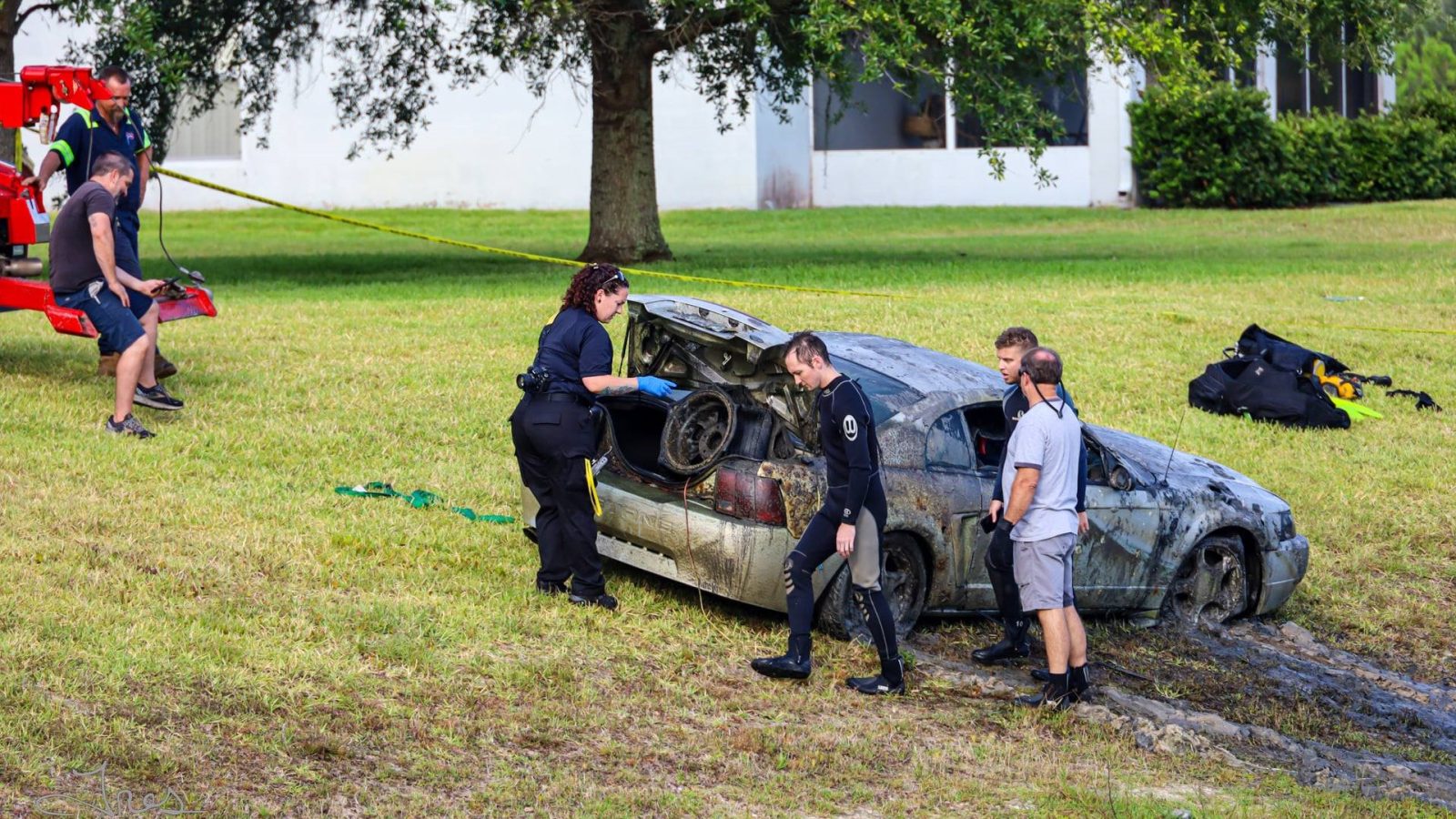 When Dan Osterhout took his drone out for a spin this week, he didn’t know he would end up helping a missing person’s family find some closure. But the upside-down car submerged in a pond that his drone spotted could very well unravel the mystery of what happened to a Florida man 12 years ago.

His wife reported him missing during the middle of the night, said he just got up and left the house and that was pretty much the end of it.

Desir was never heard from again. And since no suspicious circumstances were surrounding his disappearance at that time, as time passed, the case went cold. That is, until this week.

When members of the Palm Bay Police Underwater Recovery Team pulled the vehicle from the pond after being tipped off by Osterhout, they found that the car was registered to Desir.

The 2002 silver Ford Mustang’s front windows were rolled down, its tires were mangled, and the windshield busted.

The police found skeletal remains, including an intact skull, inside the vehicle. Those remains will now be reviewed by the medical examiner’s office. Imel says:

Interestingly, finding the vehicle may not have been possible even today had it not been for a drop in the water levels of the pond in recent weeks due to unusually dry weather. Osterhout says:

I’ve done this multiple times; literally flown exactly over this area before. But today, the water was extremely clear. Instead of being able to see 3 or 4 feet deep, I could easily see 15 feet deep.

Bayside Lakes resident Tres Holton, who provided the photographs above, proposes a theory as to how an upside-down vehicle made its way to the bottom of the lake:

A concrete baffle-weir drain box, similar in width to the wheel-track of a Mustang, is located near the edge of the lake. If the vehicle struck the concrete box at a high rate of speed, its tires would be significantly damaged and the vehicle could be launched into the air, rolling upside-down, toward the lake.

This picture will give you a clearer idea of what Holton is talking about:

You can also watch this news report for more details: