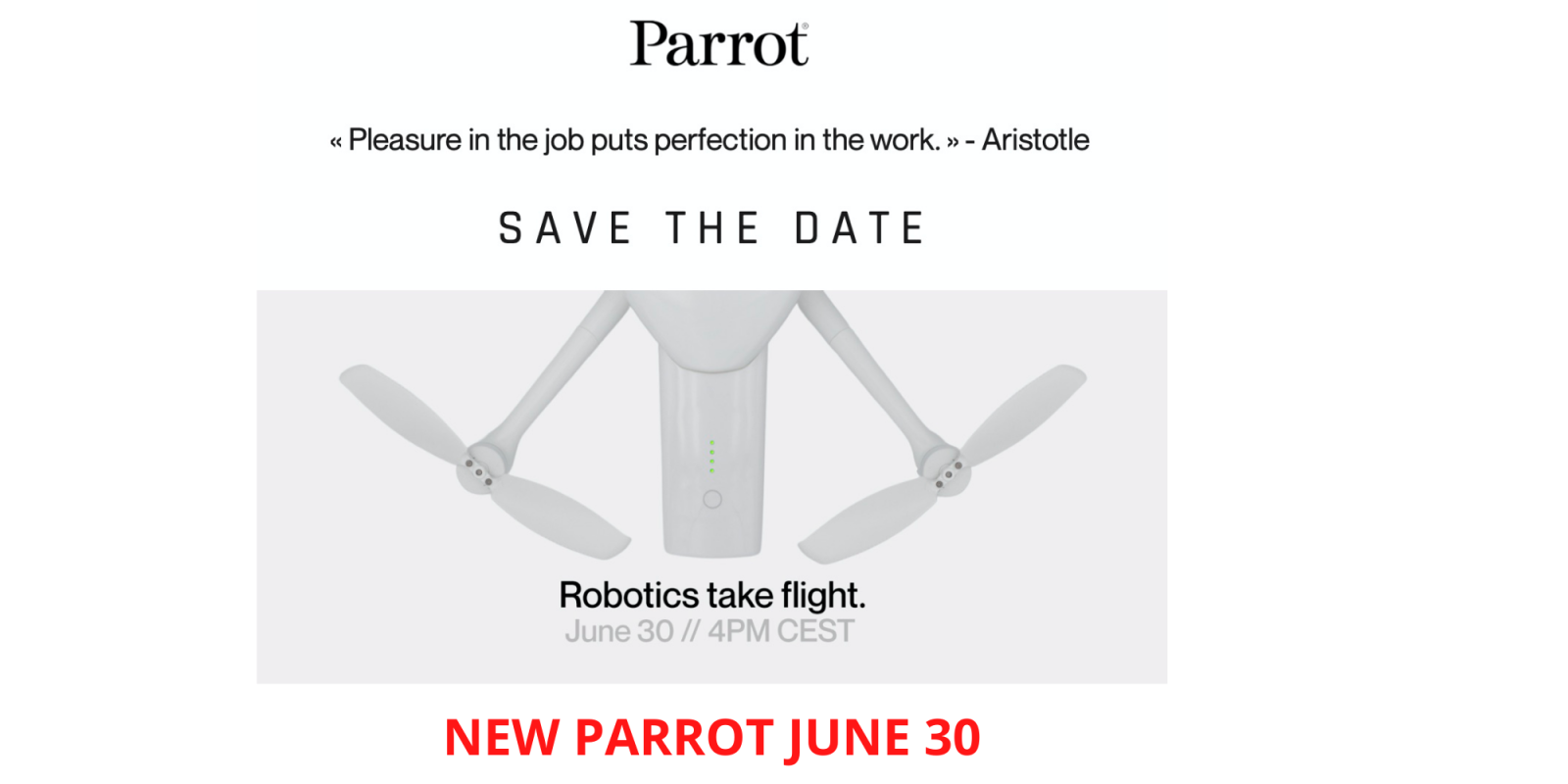 If you’re a fan of Parrot products, listen up: There’s something new in the pipeline, and you’ll find out what it is on June 30.

We just received word that Parrot is about to launch a new product. It will be released June 30, which is exactly a year following the release of the Anafi USA. The company has been clearly moving away from consumer products, so we’re anticipating an Enterprise-type drone.

Here’s what we know.

That’s the date. If you’re interested in signing up for the event, here’s a link to register. And here’s the announcement Parrot sent:

Well, there’s no doubt that’s what we’d call a “teaser.” The image doesn’t tell us much, though we see some familiar lines and can also theorize (like its other models) that this is a folding-style drone. Beyond that? Well, the document points out some key new features, including:

That all sounds pretty interesting and very much in line with some of the features we’ve been seeing gain steam in the industry. In particular, we’ve heard that a number of Enterprise users are making the switch to Open-Source products.

A bit more about Parrot

Many early adopters in the consumer drone world owned a Parrot before anything else. The company was truly one of the first on the scene. We asked for a little more info to put things in perspective, and here’s what Parrot came back with – a statement that makes it clear how this company has expanded into broader drone sectors:

Parrot is a pioneer in the consumer drone industry, but the company has realized the growth of needs and opportunities in the enterprise and professional markets and has also become a leader in this space. Parrot introduced its first professional drone in 2010 and has since introduced specialized products, services and bundles used by professionals in the security, defense, public safety, agriculture, research, real estate and construction/inspection fields. Parrot Group was formed in 2012 in an effort to make investments and support the development of the entire drone ecosystem. Parrot Group companies include SenseFly, Pix4D, Micasense, and others.

Parrot is an interesting company that produces really intriguing products (we’d love to try out the Anafi USA — hint, hint). So we look forward to seeing what’s next.

We’ll have all the details June 30.