Your drone may be rad in flight, but can it drive around once landed? This one can 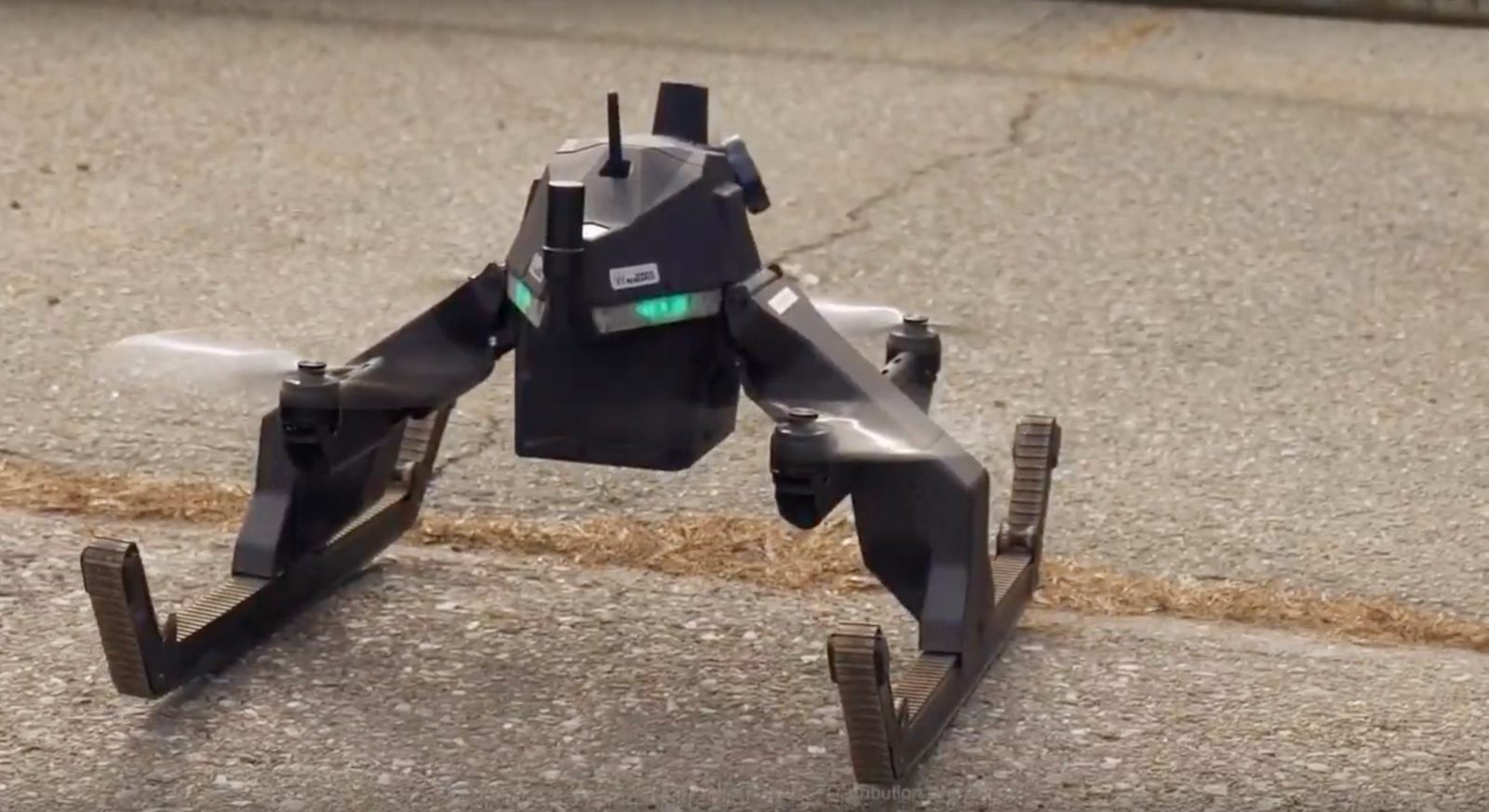 Multi-tasking drones are great, but how about multi-modal craft? Meet Robotic Research’s Pegasus uncrewed aerial vehicles (UAV), which can buzz around the heavens, then zip across the ground – tank style – after landing.

Pegasus drones touch down, and drives off

True to its name, Robotic Research specializes in developing a wide array of autonomous and robotic solutions for defense, security, and transport purposes. Its Pegasus family of drones strives to attain those objectives in a single drone platform. When aloft, the craft operate like a high-performance UAV relying on a variety of applications to perform tasks, gather data, map, or deliver payloads to designated destinations. Once it has touched down, it continues that work while rolling across both indoor and outdoor surfaces with similar efficiency.

In fact the company hesitates to define its primary use as either aerial or terrestrial.

“They aren’t quite ground vehicles, they’re not quite aerial vehicles – they’re somewhere in between,” said Robotic Research president Alberto Lacaze in a communiqué put out by the Army Futures Command’s tech development program, Project Convergence, which featured Pegasus drones. “These vehicles fit a new category of robotic systems.”

The design functions this way. When in flight, the drone’s two landing feet rise and act as protection for the rotors. As it lands, those appendages drop down again and operate like tank tracks to power the craft over all sorts of terrain. A ground obstacle encountered can be cleared with a mini-hop flight, then it’s back to the races in tank mode. It’s enough to make Speed Racer give the Mach 5 an envious dose of stink-eye.

One application of that dual functionality, the company says, would be for one or several of the craft to enter a building, then touch down and roam taking surveillance footage, or scouting for signs of structural instability that might endanger humans following behind. Another might be for a unit to fly to and land on the far side of a rooftop, then drive to the other edge and park on surveillance duty – striking a far lower profile than a full flight. Robotic Research notes the craft operate without GPS, which makes them less vulnerable to jamming by potential hostile forces.

Pegasus drones come in three sizes ranging from four to 38 lbs., and carry batteries providing 20 to 30 minutes of flight time. Power extends into hours in terrestrial mode. The Pegasus Mini folds down into a size a backpack can handle, and has a two lbs.-maximum payload. The Pegasus III ( “Megasus” to intimates) can haul as much as 10 lbs. – including a machine gun – and still maintain full range of air and land motion.

Robotic Research says a single Pegasus controller can command all craft models. The one control unit, meanwhile, can also be used to simultaneously interact with multiple drones flying in tandem, or on entirely different missions. The company calls the platform ideal for missions ranging from regular surveillance to generating finely detailed 3D maps of indoor and outdoor areas.