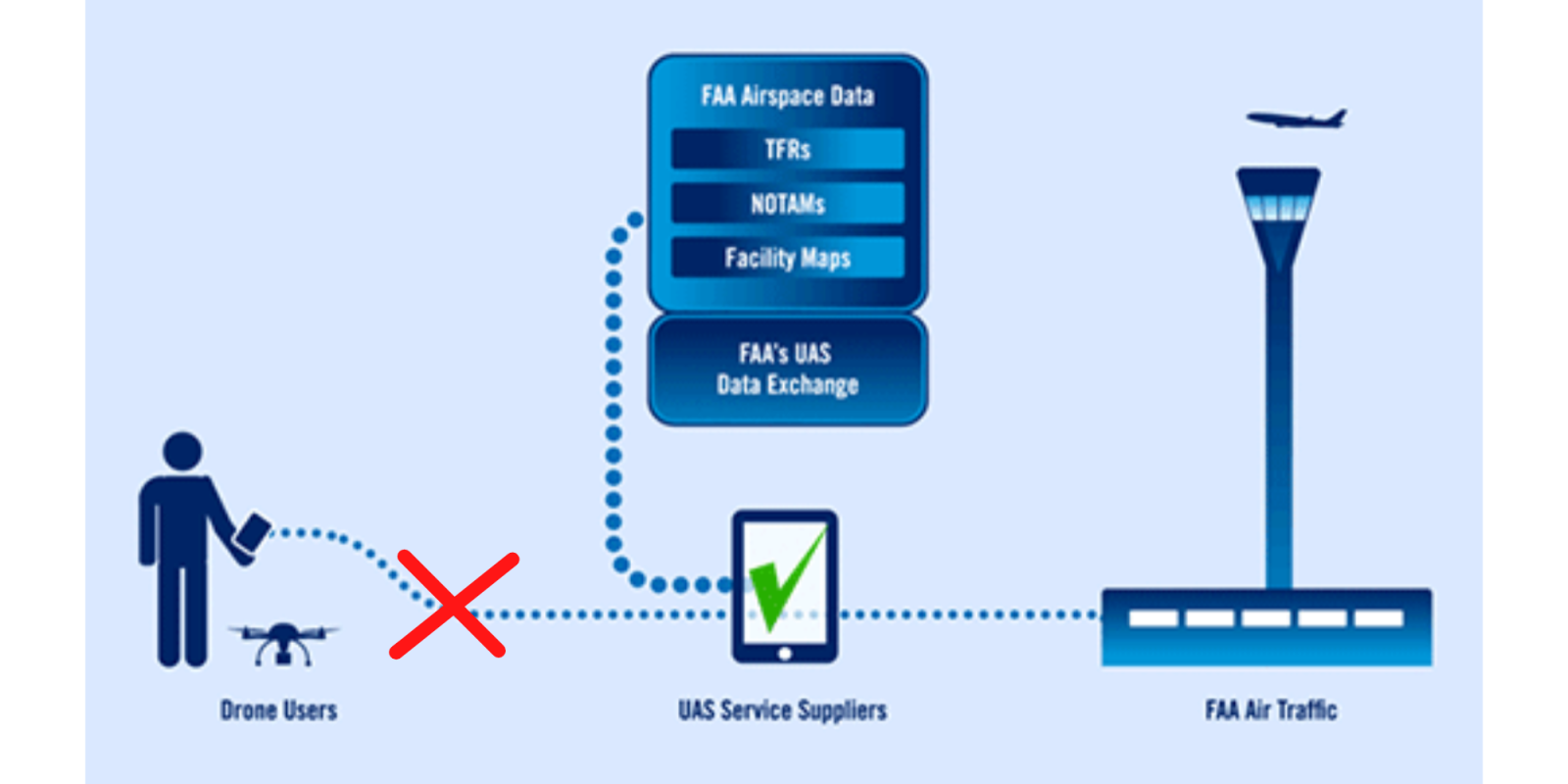 Well, we haven’t seen this before: The FAA’s Low-Altitude Authorization and Notification Capability, also known as LAANC, is temporarily down. That’s big news for those who use it regularly.

If you haven’t heard of it before, the LAANC system is one of the key parts of the puzzle for safely integrating drones with crewed aircraft. This Unmanned Aerial Systems Data Exchange is crucial, partly because it gives Air Traffic Controllers visibility into when and where drones are in the National Airspace.

Normally, there are a number of different partner apps that allow pilots to input the data for LAANC flights. However, that system – which allows for communication with the FAA – is currently down.

Word of the widespread malfunction came in a short, somewhat urgent Tweet from the FAA’s Drone Zone account:

Here’s how the system normally works, courtesy of this FAA gif:

Until things are fixed, the FAA is requesting that LAANC requests be sent through its Drone Zone page.