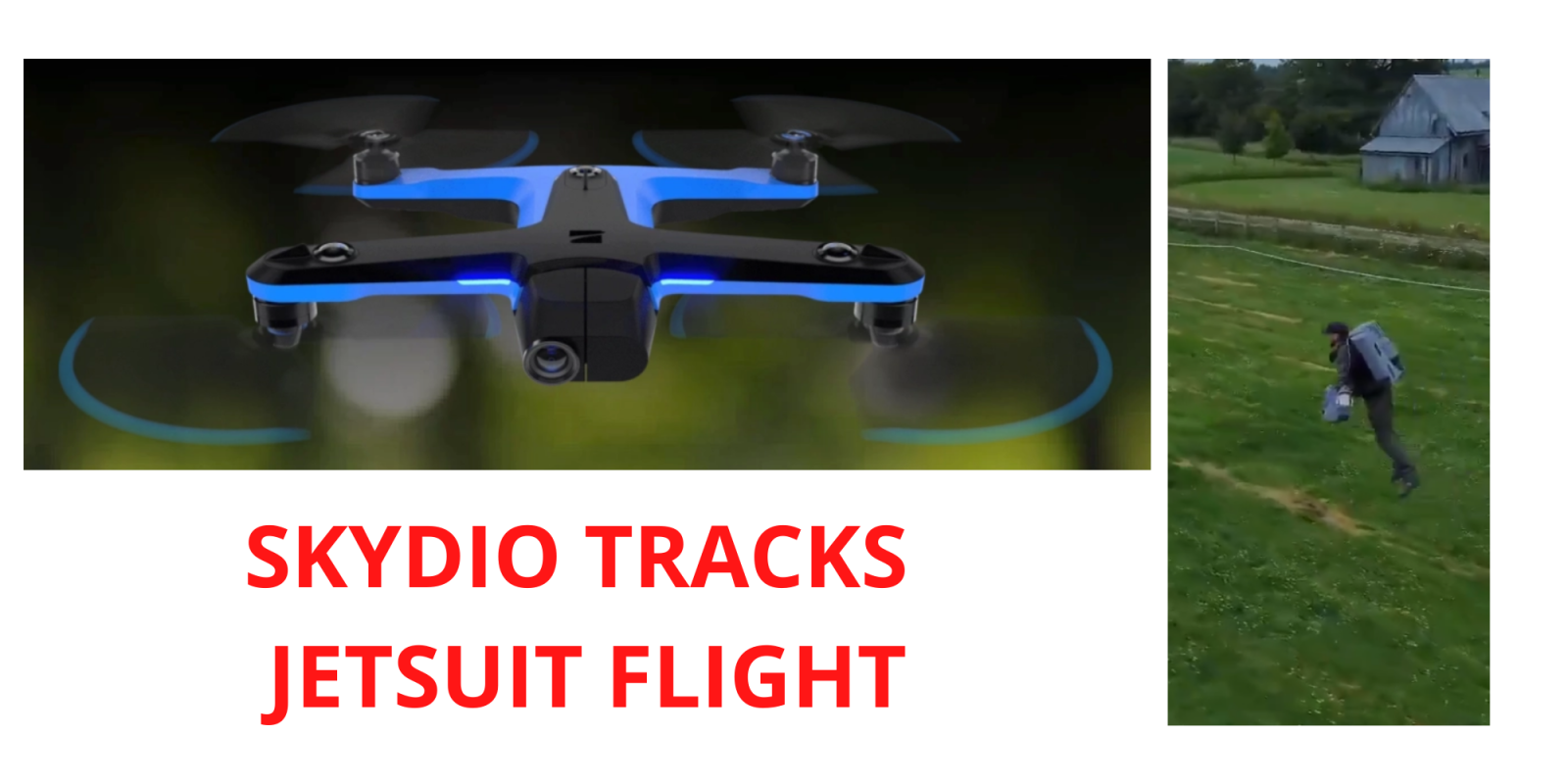 We’ve been watching, with great interest, the exploits of inventor Richard Browning and his company, Gravity Industries. You’ve probably seen him fly by now, looking more than a little bit like Iron Man as he zips around in his jetsuit. Now Skydio has entered the picture.

We’ve kept an eye on Richard’s work since the early days, watching him refine both his system and his flying capabilities. It’s now routine to see videos of Richard expertly navigating with his system, even transferring at sea from a small boat to a military ship.

It’s hard to imagine a more compact or agile setup. And it’s a far cry from the old days of what were once called rocketbelts. Remember those? They were actually using rocket technology, and not the easiest things to fly. The Smithsonian put together a great video that outlines the history of their development, and it’s really worth watching for context:

Richard Browning has taken this to a whole new level with his own jetsuit. In the right hands, it’s capable of unreal precision. Check out this 60-second “tour” from Gravity Industries:

We’ve noted in the past that Richard often flies with what we think is the Insta360 ONE X or ONE X2 camera mounted on an invisible selfie stick. This provides an incredible view of his flight (especially with 360-degree editing options). But we’re a drone website, and – with all of this background out of the way – are here today because Richard has apparently added a drone to his toolkit.

Skydio drones are known for their phenomenal tracking abilities, which seem eerily human – as if the drone itself is thinking. And that’s because it is, using predictive algorithms (and a whole lot more) to predict where a subject is likely to move next and react in an instant.

And now, it appears, Richard has used a Skydio (we’re guessing a Skydio 2, though we’ve reached out to confirm) to track his flight. The results? Like the jetsuit flights, they’re impressive:

Very cool. We look forward to whatever Richard does next. And – providing there’s a drone angle – we’ll keep you updated.

By the way, if you’re keen on trying out that jetsuit, it’s actually possible. Pony up £2,000 and get yourself to the UK… and you too could join the Flight Club. I’m seriously tempted.