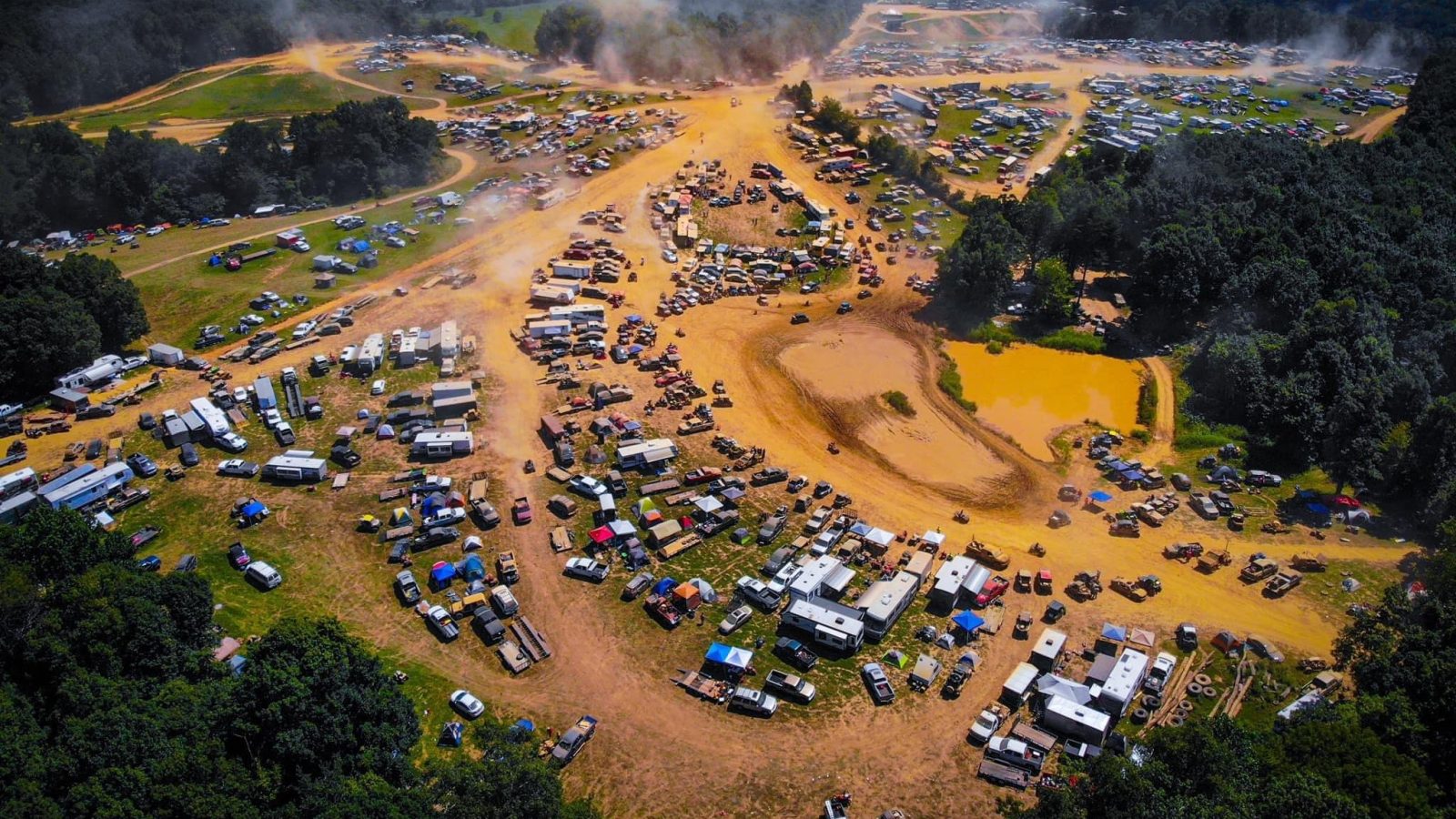 Five days of mud, music, and mayhem. This is how Redneck Rave organizers describe what they bill as “America’s wildest and craziest country party.” And with reports of a man’s throat getting slit, a woman being strangled in a fight over a blanket, and a man impaled on a branch, the massive country music festival surely showcased what wild and crazy mayhem can look like.

The five-day festival was organized in Edmonson County, a Kentucky town so small that it doesn’t have its own traffic stoplight. As the bash came to a close, local media outlets started reporting about how dozens of people had been charged with various offenses by the sheriff’s office. There were 30 charges involving drugs or alcohol-related offenses, six felony charges, and 63 traffic-related offenses.

The Edmonson County Sheriff’s Office released this drone footage to reveal the scale of the event:

According to Lexington Herald-Leader, Sheriff Shane Doyle had foreseen that the event would cause problems for his staff because his office neither had the personnel nor the budget to provide 24-hour police coverage. Therefore, instead of going inside the party area to make arrests, the sheriff’s office decided to catch offenders outside the perimeter of the Blue Holler Offroad Park in Edmonson County.

Which gave the organizers of the Redneck Rave party an opportunity to point out that the alleged offenses had not taken place under their watch:

Redneck Rave is being talked about on the news and radio across America right now. What they’re not reporting is only ONE arrest was made at the actual rave… Everyone is recovering from their injuries and the surrounding towns’ economies went through the roof this past week!

And buoyed by the response to this event, the organizers have already announced another three-day Redneck Rave party for October 2021, hopefully with better planning. As country rapper Justin Time noted:

We are listening to all your suggestions. This was the biggest event we’ve ever done and with as many people and random things that popped up unexpectedly. I feel like we all handled it very well. For the negative Nancy’s… we will put a complaint box by the porta johns next time for ya (sic). We can definitely improve on a lot of things to make the one in October run a lot better…