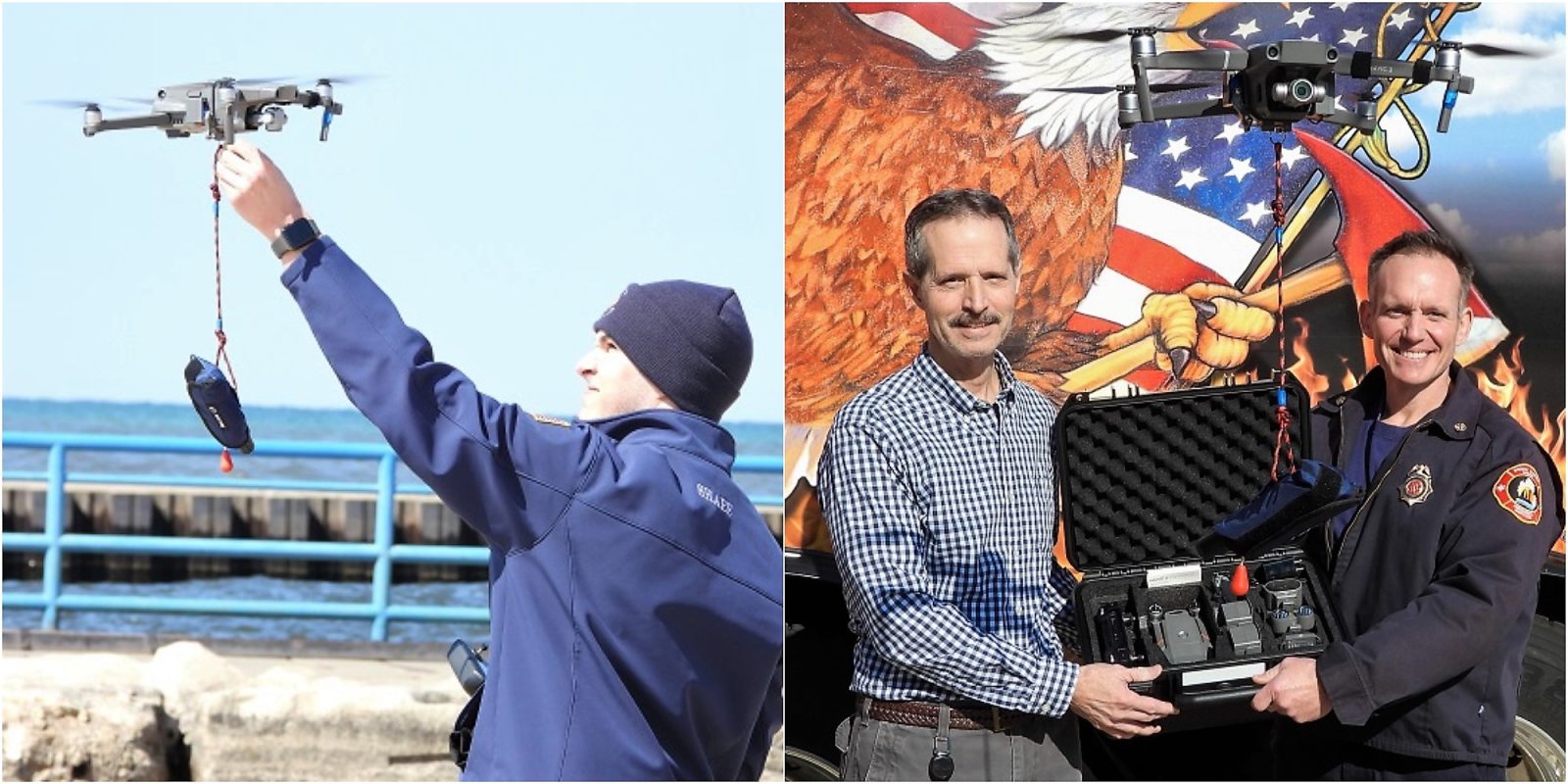 Nearly half of the people who drown in the Great Lakes every year drown in Lake Michigan. So now, one city in West Michigan is adding a specialized drone to its water rescue tools arsenal. Not only will this drone help South Haven Area Emergency Services (SHAES) responders to locate distressed swimmers, but it will also drop a floatation device to the swimmer in danger, reaching them about three minutes faster than a lifeguard.

The drone, costing $7,500, is equipped with a payload delivery system that is capable of dropping a CO2-charged, water-activated flotation device to swimmers struggling in the water. The drone comes with both optical and thermal/infrared cameras, allowing the operator to use it to locate distressed swimmers both during the day and at night.

As such, the acquisition of this drone – which was made possible through a grant – comes as a relief for the SHAES team. Explaining that the specialized drone will enhance rescue processes both in and out of water, SHAES Executive Director Brandon Hinz says:

We are excited to add this drone to our arsenal of water rescue tools for the upcoming summer months. We can also use it for search and rescues in our outlying areas for people who may be lost in the woods.

It’s worth noting that the drone will also provide the first responders with a better vantage point during some of the rescues. From a distance, it’s not always possible to access how many people are in the water and what kind of distress they are in. A search and rescue drone, meanwhile, can offer critical details from its aerial vantage point.

When it comes to rescuing a panicking swimmer, every second counts. Lifeguards mentally urge victims to “hang on” as they rush through the heavy waters toward them. In such a scenario, if a drone flies above the distressed swimmer and drops a flotation device, it would offer more than just hope for the victim to hold onto.