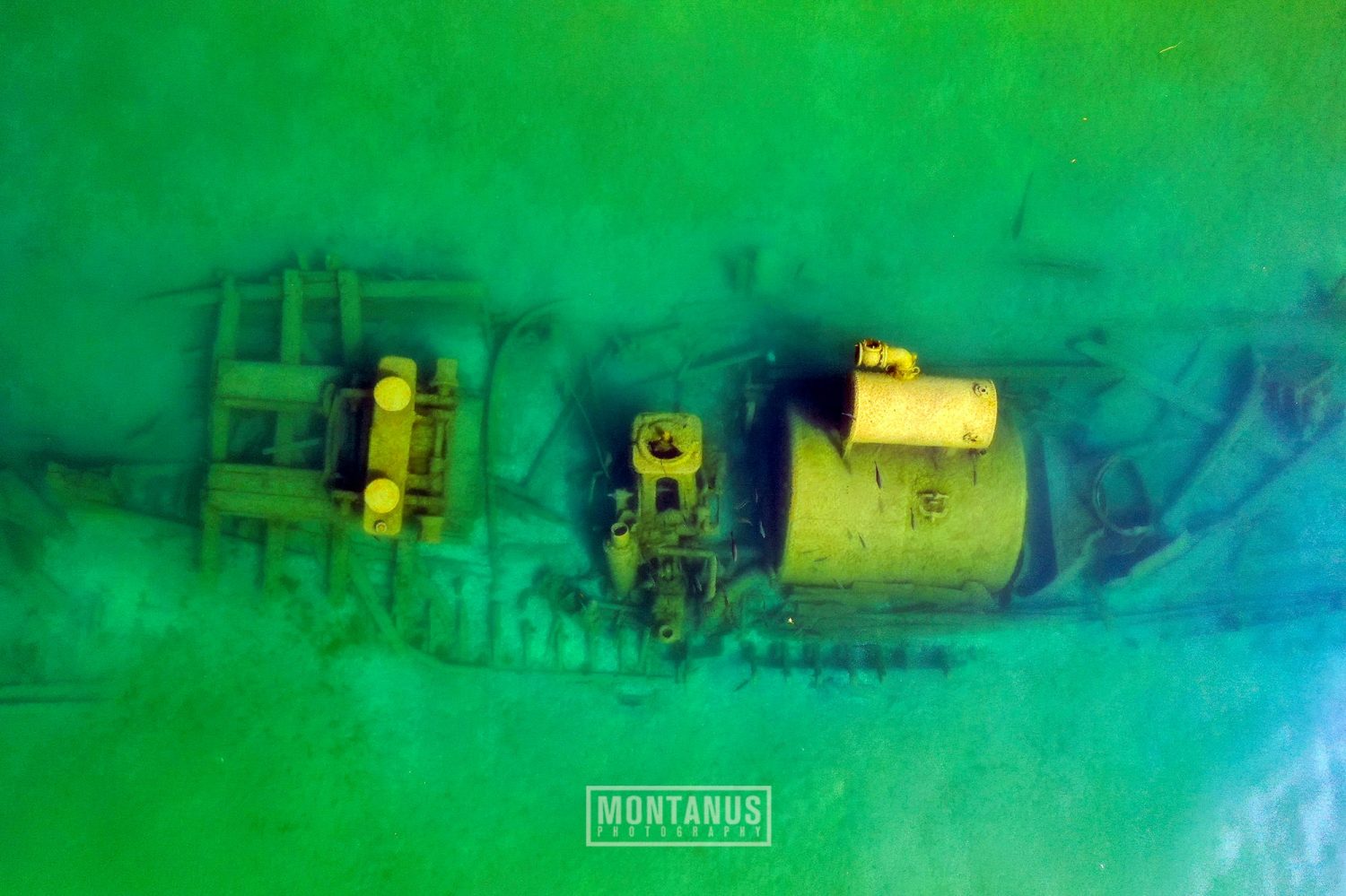 Lake Ontario, one of the five Great Lakes of North America, offers brilliant diving options to history buffs and shipwreck enthusiasts. But now, it seems like a wetsuit may not be necessary to get a taste of centuries-old maritime history at the “lake of shining waters.”

Last weekend, when New York-based photographer James Montanus took a small fishing boat out into the lake, he was surprised to see the outline of a sunken tugboat peering through the surface. Montanus knew this vessel. He had snorkeled on its wreck for first time in 1974, and has snorkeled on it every year since then at least once.

It was Laura Grace, a shipwreck just off the shore in Greece, New York. The 76-foot wooden vessel was built in 1901 in Ontario, Canada. It went down in a storm in December 1918, about a quarter-mile out from the Long Pond channel. Everything inside was removed shortly after the boat went aground.

Montanus soon realized that the wreck was in about only 12 feet of water due to drought conditions, which had reduced runoff into the lake from the sediment-laden Genesee River.

A drone could probably capture the whole thing, he thought. And sure enough, when he went back to the spot with his Mavic 2 Pro, Montanus got the best pictures he’d ever gotten of that shipwreck. Take a look at this brilliant video the drone took:

He even got a couple of paddle-boarders to get into the frame to showcase the tugboat’s scale:

Montanus tells a local newspaper that he used a polarizing filter on his drone’s Hasselblad camera lens to reduce the reflection from the water. But after that, it took only minor color correction to get these results: