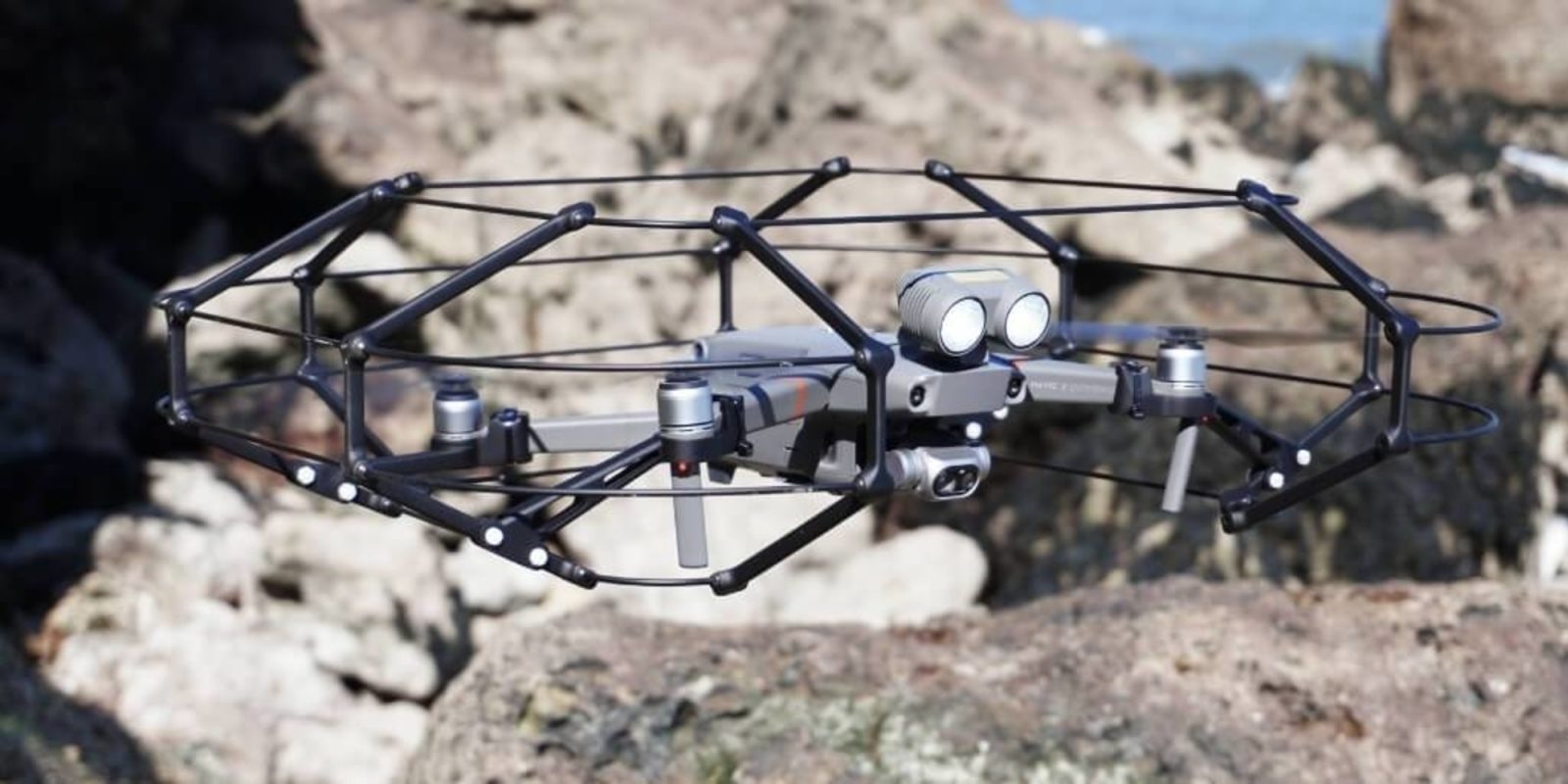 Drones have become an indispensable tool for commercial applications, improving safety, increasing efficiency, and delivering stupendous time and cost savings across industries. However, when it comes to confined-space inspections, the economic barrier to entry is too high. Drones that specialize in internal inspections can easily cost upward of $40,000. But this simple yet effective drone accessory by Heliguy will empower you to carry out up-close internal inspections with the extremely popular and affordable Mavic 2 drones.

Heliguy’s DJI Mavic 2 Drone Cage is a lightweight, collision-proof solution made from carbon fiber, aluminum, and nylon. Compatible with both Mavic 2 Pro and Zoom drones as well as Mavic 2 Enterprise Series drones, the cage can sustain impact at a speed reaching up to 3 m/s. It costs $700 in the US and £499 in the UK.

Outfitted with a cage that weighs 230 g, the usual flight time of 30 minutes for the Mavic 2 drones drops to 15 minutes. But that is still five minutes more than the air time of specialized confined space inspection drones such as Flyability’s Elios 1 and 2.

As Ross Embleton, the guy who designed Mavic 2 Drone Cage for Heliguy, points out:

Cages are becoming an incredibly important drone accessory, helping to increase flight safety and drone protection. Our customers wanted an affordable, collision-proof cage for Mavic 2 drones; a series that is reliable, popular, lightweight, and small enough to carry out internal inspections. The cage opens new doors for enterprise users. It allows them to operate safely and capture quality data, with greater, 360-degree protection.

London Fire Brigade (LFB), one of the largest firefighting and rescue organizations in the world, has endorsed the Mavic 2 Drone Cage, saying it makes “previously impossible operations possible.”

The drone cage is ideal for internal inspections within a collapsed structure or within a building that’s smoke-filled to help gauge internal temperatures. As a test, we successfully flew the Mavic 2 Enterprise and cage in a training house, beyond visual line of sight (BVLOS), using the cage to bump off the walls and fly around inside and then come out again. This is an example of how the cage protects the drone in confined spaces and makes certain operations possible for us.

We have a video from that test right here:

Since the LFB likes to try out new things with drones, they strapped on a gas detector to Mavic 2 Enterprise in a cage. “And it worked perfectly,” quips Newman. The solution will now enable LFB to conduct internal gas inspections safely.

The drones have massively increased situational awareness for the incident commanders, and the footage is used by a large portion of the fire service, including fire investigation and fire safety.