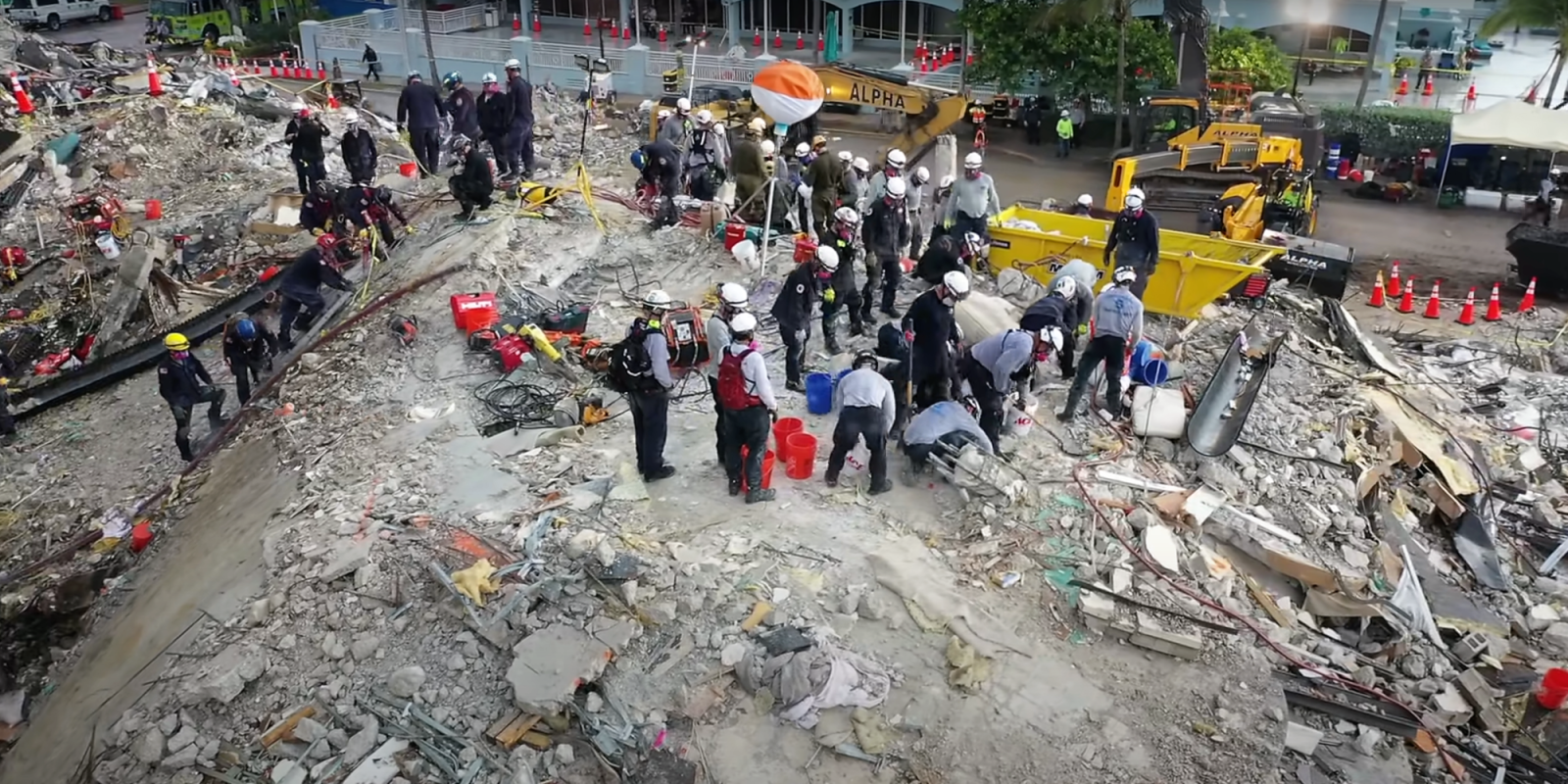 With 24 people confirmed dead and 121 still unaccounted for, the still-standing portion of the Champlain Towers condominium building in Surfside, Florida, has now been demolished. Meanwhile, a drone video released by Miami-Dade Fire Rescue department before the demolition gives a glimpse of the rescue and recovery efforts at the site of the terrible tragedy.

The shocking collapse on June 24 morning took down 55 of the building’s 136 units. And with the threat of Tropical Storm Elsa looming, the rest of the building was brought down on Sunday night around 10:30 p.m. ET using explosives.

Before the demolition took place, the Miami-Dade Fire Rescue department used thermal imaging drones to sweep the premises multiple times in an effort to locate any pets that may have been left behind in the partially collapsed building.

This controlled demolition was necessary for multiple reasons. To begin with, it safeguards the rescue crews from the potential threat of the structure falling down on its own. There were concerns that the damaged building may not be able to withstand Elsa’s winds. Also, the demolition now makes an estimated third of the remaining pile of the rubble accessible to the search and rescue teams.

Related: Why are researchers teaching drones to listen for human screams?

According to Surfside Mayor Charles Burkett:

The fear was that the hurricane may take the building down for us — and take it down in the wrong direction, on top of the pile where we have victims.

As noted by DroneDJ earlier, the Federal Aviation Administration has issued a temporary flight restriction, or TFR, for the airspace surrounding the disaster site. As such, only approved emergency response teams are allowed to fly their drones in the area.

But while the earlier order prohibited drones from flying in the restricted airspace until July 10, now the effective date of the TFR has been extended to July 31. You can find out more about the areas affected by this TFR here.

The drone video you are about to see comes from the Miami-Dade Fire Rescue department directly:

Read more: Hurricane hunting drones will tell what to expect from 2021 season