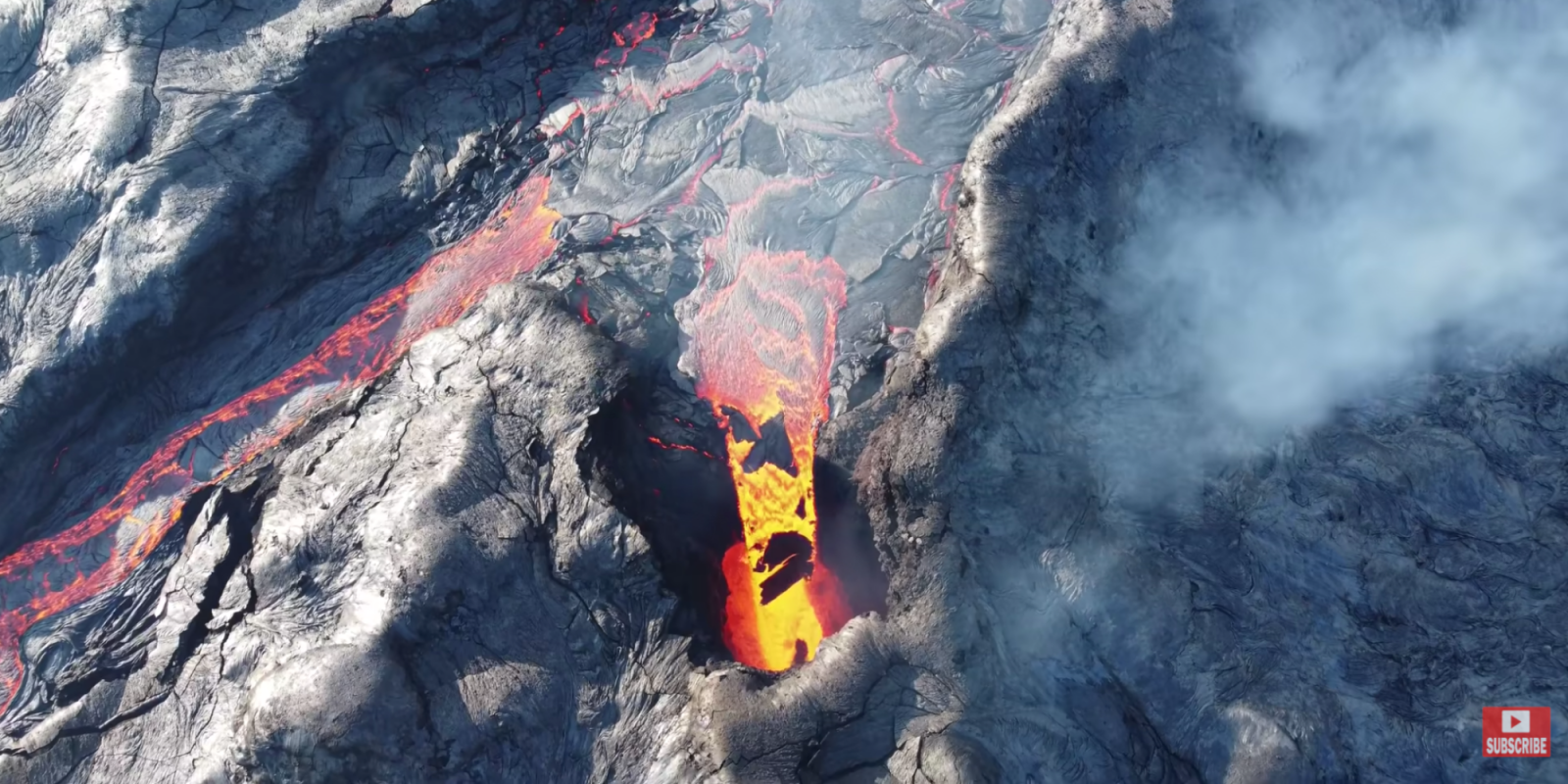 We’re pretty sure, by now, you’ve seen one of the amazing drone videos taken at the (very) active volcano that’s been drawing tourists just a short drive from Reykjavik. They’ve all been pretty great, but they’ve also been largely variations on a theme. This one is very different.

We can see why people are drawn to this volcano: It’s super active and must be absolutely phenomenal to witness in person. In fact, people have been drawn from around the world, even with the pandemic, to catch a glimpse of the planet doing its thing. Plenty of those people have taken drones, and plenty of their videos have been highlighted on this site.

But here’s the thing: Most of the videos we’ve seen have been taken during twilight hours, to really highlight the lava. This one was shot largely during daytime… and there’s a lot to see.

With those amazing twilight flights, the lava really pops. But it’s often difficult to get a sense of scale… and the scale is constantly changing. The volcano has hugely altered the surrounding landscape, with the lava field constantly expanding. (Fast fact: What looks like cooled lava, the dark stuff, can remain hot for up to a year.)

Anyway, the volcano has been pumping out so much lava so consistently that things look entirely different around the volcano. And the best way to see that? Well, it’s in daylight.

The video we’re pointing toward today was made by a user called Traveller in the Whole World. The creator is listed as being from the US, but there’s not really a lot more information on the channel. There are, however, a lot of videos of the volcano. But this one? Well, it reveals the scale in a way we’ve never seen before. It’s also highlights a mind-blowing lava flow where massive amounts of molten rock are simply pouring down into a tunnel. Think of a waterfall going into a hole, except it’s not water and it’s like 2000° F.

Pretty unreal, huh? What’s even more amazing is that, according to the creator’s YouTube description, this was shot with the DJI MINI 2.

You know YouTube; those sneaky algorithms are always looking to keep you watching. And, as it turns out, we were pushed a suggestion that’s just as ethereal as the video you just watched. This one has some very cool shots, and literally makes you feel as if you’re looking at something from a different planet. Well done, Olivier Grunewald:

Thanks for joining us on today’s volcanic expedition. Please ensure you have all personal belongings before departing this page.