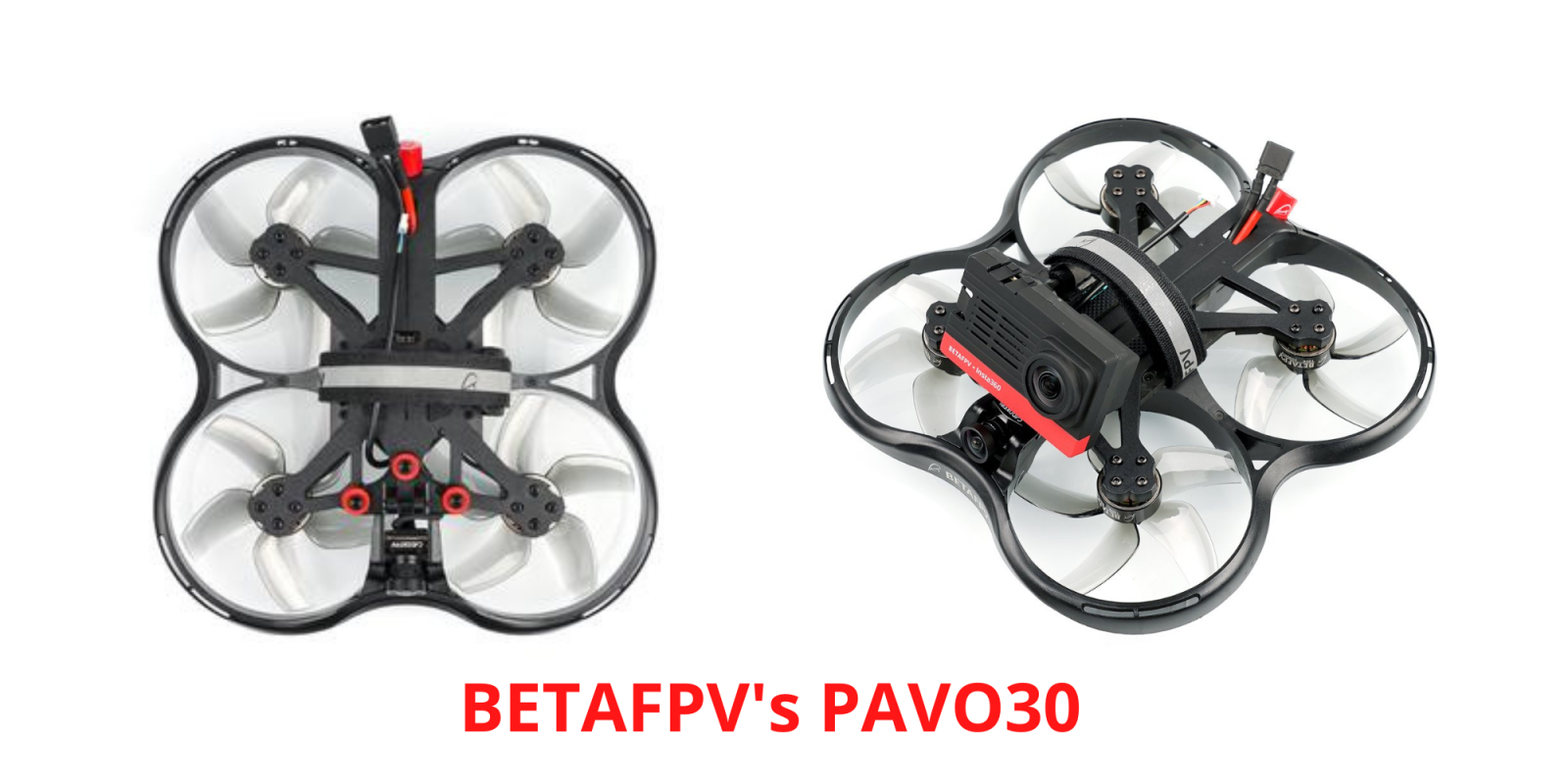 The recently released BETAFPV Pavo30 is the company’s first 3-inch pusher CineWhoop. We’ve got one in our hands but wanted to give you a preview until we can get out and fly the thing.

This is, as mentioned, a new device from Shenzhen’s BETAFPV. The company specializes in a wide range of products that (nearly) all have one thing in common: most of them are small. But size isn’t everything, and some of their products are really very powerful. (I bought an HX 115 at the start of the pandemic; that thing is very fast and very quiet.)

But the company has seen — and helped accelerate — the popularity of CineWhoop-style drones. And with the recent release of the PAVO30, BETAFPV takes its own line a step forward.

That’s one of the first things you’ll notice about the new drone. The frame feels quite solid, yet it’s pretty light. That’s partly due to the type of plastic used — called PA 12. The material is known for being light yet strong and with the ability to handle stress by flexing rather than fracturing (which, of course, is a better option when you’re talking about a product you might well crash).

The props are arranged in a pusher-style configuration, meaning the motors are mounted facing downward. This lowers the Centre of Gravity and theoretically leads to more stable flight – although flight controllers these days can compensate for a lot. It does mean your props are closer to the ground if you happen to be landing on thick grass or surfaces with a bunch of small pebbles, etc.

The weight of the PAVO30 without battery is about 171 grams for the digital CADDXFPV version; the analogue version is lighter:

Though some pilots will want higher capacity packs, BETAFPV offers a 450mAh 4S 75C option that weighs in at just 56.3 grams, meaning you can still have a digital sub-250 gram package all-in. (Using their 750mAh option would push you just a couple of grams over the 250 limit.)

We also like that it ships with a 90° micro-USB adapter, which saves you from having to remove a prop when plugging into Betaflight Configurator (either my fingers are getting bigger, or access points on some drones are getting smaller – so this is helpful).

We had hoped to get out flying this week, but the PAVO30 uses an XT30 connector, and all of our 4S batteries have the XT60. We didn’t get a chance to run out for the required plug, but it’s on our list for next week. For the moment, let’s take a look at a couple of the videos already out there, showing its capabilities. The first is from BETAFPV and highlights a few of the specs.

Observant readers might note the stated weight as 176 grams. The specs say 173, the scale in the photo above says 171, and our own scale says 174. So take your best guess.

There are quite a few flights already out there on YouTube and Instagram, but we happen to like this one quite a bit. We don’t know if there was post-production stabilization or not, but the end result is very smooth.

Well, the BETAFPV photos and video show it equipped with the SMO 4K camera (currently sold out), which is essentially a naked Insta360 ONE R — a great little action camera. The literature says it will handle a GoPro but not with the same flying agility you’ll get with a smaller and lighter camera.

The verdict? Well, we don’t have one yet since we haven’t flown it. But we will – soon – and be back with a review.

In the meantime, if you’re interested in learning more about the Pavo30 (which we really do like the look of), you’ll find it here. Retail is $219.99 for the analogue version and $319.99 for the CADDX digital model.