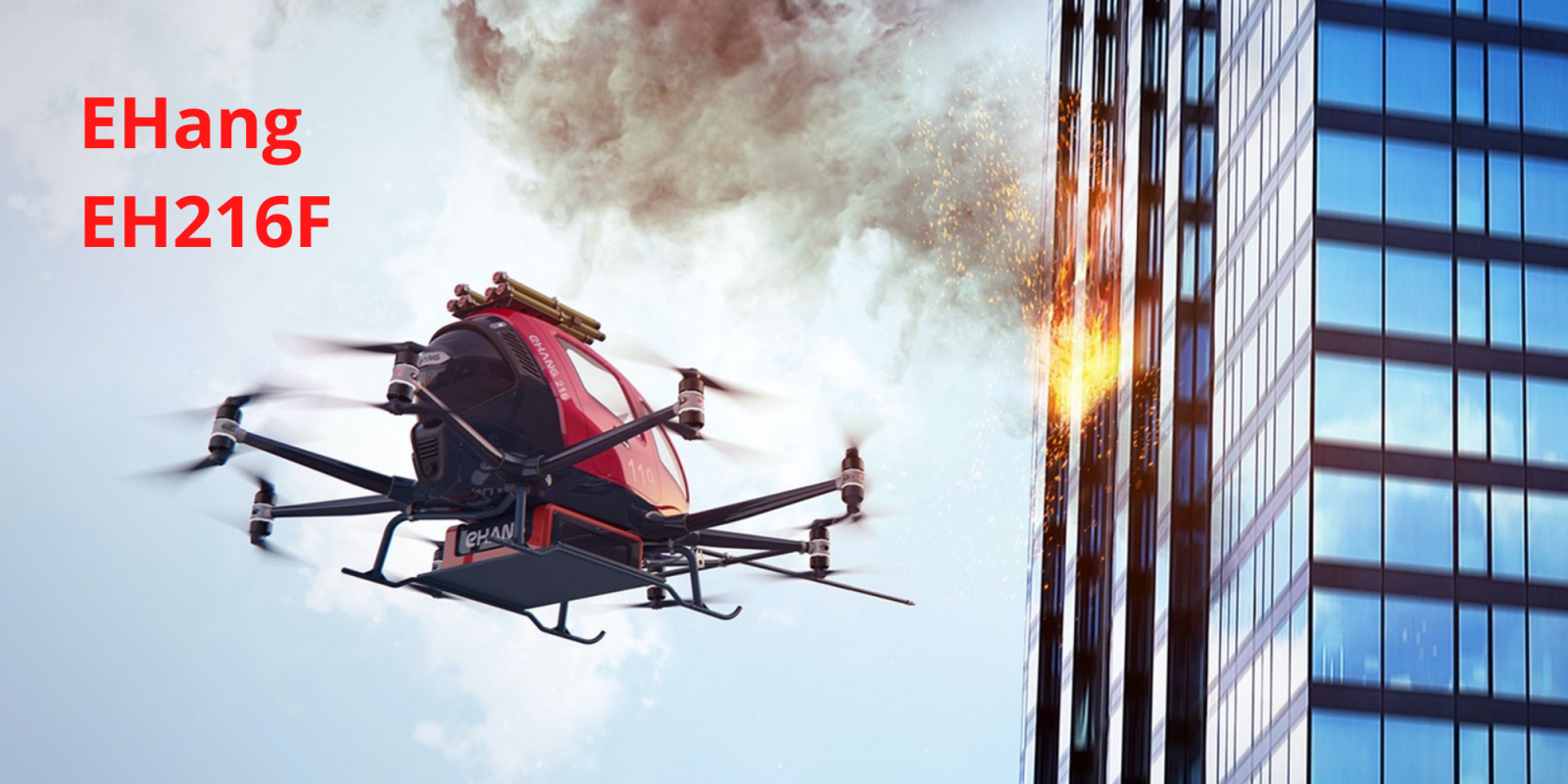 Chinese company EHang, one of the clear leaders of the pack when it comes to autonomous drones capable of carrying passengers or cargo, has announced another first: It has passed a technical evaluation of its EH216F AAV (Autonomous Aerial Vehicle), a drone built for firefighting.

We’re fans of what EHang is doing. The company has already built a passenger-carrying drone that’s been extensively tested and will likely be flying people over congested urban centers in the not-so-distant future. What we didn’t realize (or perhaps just didn’t remember) is that EHang has also been working on a firefighting drone.

The idea of using drones for firefighting has a key benefit: Drones can reach heights that ladders and hoses cannot. When a fire starts on an upper floor of a high-rise building, firefighters generally have to reach the site by walking up many, many flights of stairs – since elevators are not a safe option during a fire.

A number of companies have been testing out prototypes, but they’re generally smaller machines with limited payload capacity – not capable of handling much more than small fires. And while a single EHang EH216F won’t extinguish a towering inferno, it clearly has greater capabilities than the other drones we’ve seen in this space. Just look at this thing:

Of course, if you want to build and deploy something like this, there are rules involved and standards that must be met. In China, that includes an intensive examination by the China National Fire-Fighting Equipment Quality Supervision Testing Center, or NFFE. The body is the country’s national firefighting equipment quality examination agency, and its roles include “standards development, centralized management, and technical guidance for firefighting equipment products, including firefighting unmanned aerial vehicles,” says EHang’s news release.

How does the EHang firefighting drone work?

Well, it’s capable of precisely aiming flame retardant and firing it in a stream. But it also contains six fire-retardant devices that can literally be launched like missiles into hotspots. The best way to see how it operates is in this video, released when EHang first began testing the product:

It’s clear a machine like this could be put to good use to help supplement ground-based firefighters. It’s also a pretty cool design, based on the proven EH216 platform. We anticipate this device may well be deployed – for real – in the not-so-distant future.