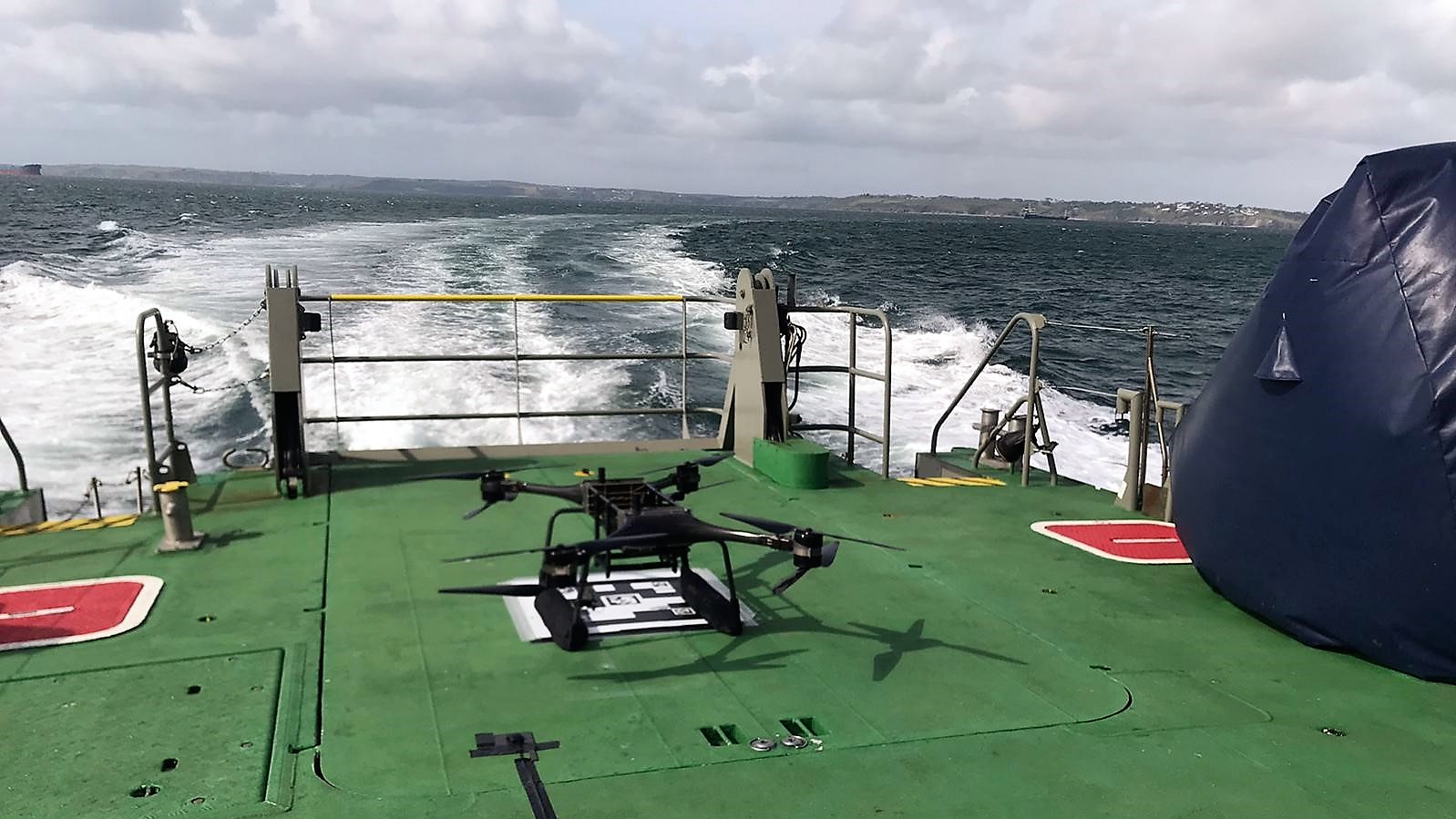 The British Royal Navy has been conducting experimental drills to test the efficacy of heavy-lift drones in helping rescue a sailor who’s fallen overboard. The trials are being undertaken by the naval warfare force’s innovation experts, the NavyX team.

Over the past few months, members of the NavyX team have been performing extensive “man overboard” drills with heavy-lift drones at their core. The Minerva drones are expected to not only locate the drowning sailor but also to carry and drop life-saving equipment to the person while hovering over the location until rescuers arrive.

The drones have been tested both at the Royal Navy’s Diving School at Horsea Island, Portsmouth, and more recently on a civilian boat. The UK Ministry of Defence’s procurement arm, Defence Equipment & Support (DE&S), and private organizations Malloy Aeronautics and Planck Aerosystems have been supporting the Navy in the drone trials.

According to a press release by the Royal Navy, a Minerva T-150 drone was successful in locating a dummy in the water at Horsea Island, deploying a test package that could one day contain a life raft and hovering above the dummy to signpost their location.

Following the success at the diving school, sea trials started on an industry boat to test the smaller T-80 Minerva drone.

The introduction of a drone means it could be used to fly out to where the person is and hover – making it easier for the ship and rescue boat to identify the casualty’s location.

Interestingly, maritime rescue drones that could also deliver a life buoy and other survival equipment have been tested at length by the Royal Marines in Norway and Cyprus last year.

In the trials by the Royal Navy, the maritime rescue drone could be controlled to take off from a moving vessel and fly out to sea before returning. In one step further, the drone was programmed to land itself on a mat attached to the boat’s deck – meaning once it had taken off it would use its onboard systems to track where it needed to land.