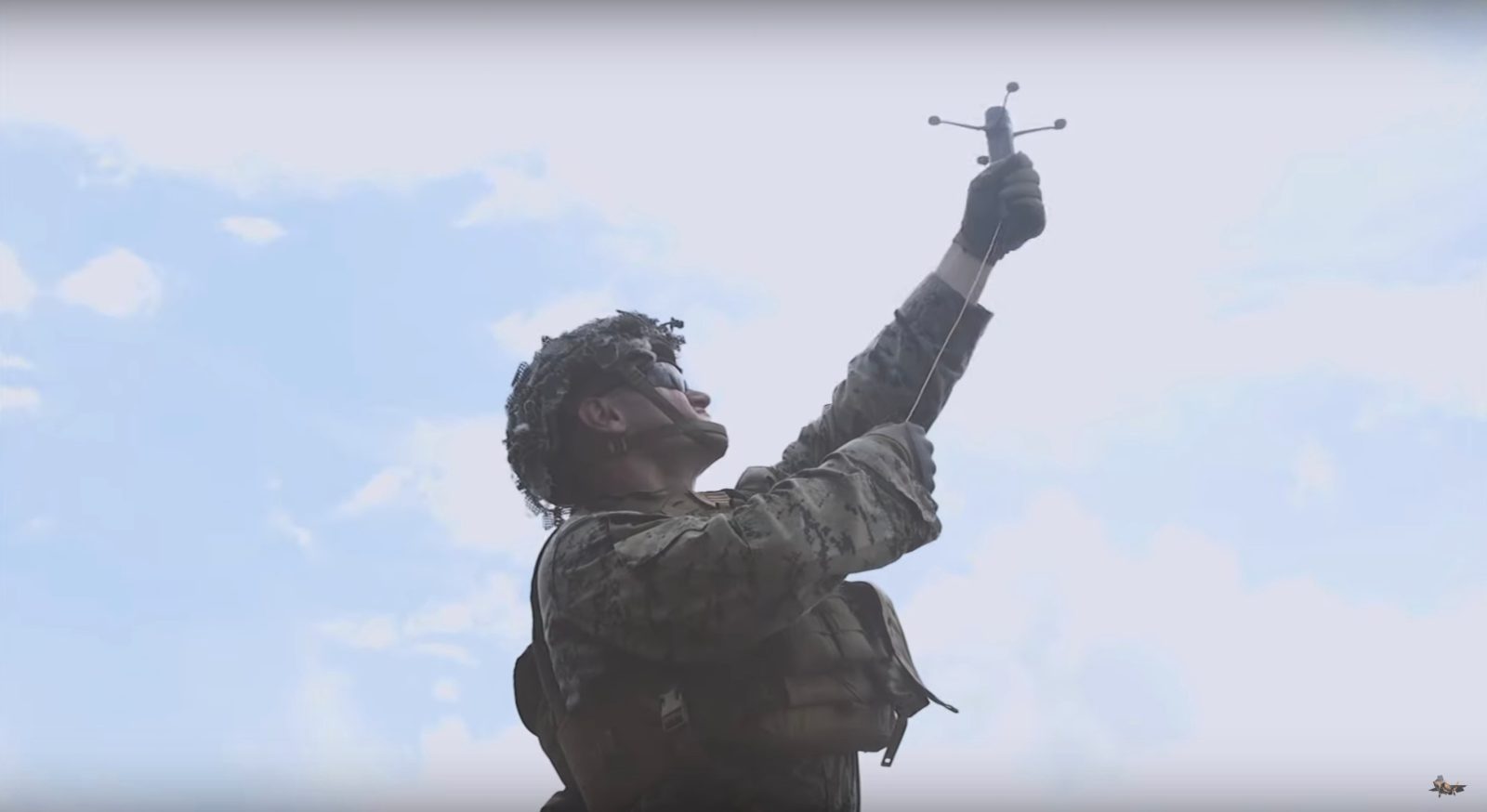 The US Marine Corps are testing tiny drones capable of performing a range of duties – including striking remote enemy targets with military-grade grenades. The application adds another reason to react fast to any buzzing sounds swiftly approaching from above.

Earlier this month, Marines at North Carolina’s Camp Lejeune tested the drones carrying payloads of military grenades, and representing a twist to the killer drone technologies many of the world’s leading powers are pursuing. Dubbed Drone40 for the 40-millimeter grenade it totes, the craft is designed to be thrown or shot from a launcher. Once airborne, it sprouts four propeller-spinning arms and flies off toward its target. According to its Australian DefendTex manufacturer, the armed drone has a maximum range of 12.5 miles and between 30 to 60 minutes of flight time, depending on speeds flown and extended hovering when used as a loitering munition.

The craft can fly autonomously, or be piloted remotely; alone, in groups, or in swarms.

The arguably abusive “low-tech” grenade characterization in the headline is even more disputable in light of Drone40’s other payload options. It can fly a camera streaming live video to a controller for intelligence, surveillance, and reconnaissance missions (then return with a “dumb” grenade to blast designated targets). It can also deploy smoke or flash grenades. It is, it goes without saying, in no way similar to the more artisanal technique of explosive-strapped drones by militants in Iraq.

First unveiled by DefendTex in 2019, the tech isn’t new – but has been gaining momentum in deployment. British forces used a version of the drone delivering military grenades earlier this year in Mali. And the Marine testing of device this month clearly indicates US forces are also interested in its capabilities.

The craft was first conceived as a solution to problems Australian troops encountered in Iraq and Afghanistan facing enemy forces whose guns had longer ranges than Aussie weapons. The open options were to upgrade soldiers’ fire arms to much heavier variations, or provide their grenade launchers a boost with something that could transport munitions to distant enemy positions. The eventual result was the Drone40, whose payload isn’t limited to low-tech boom-booms, and whose launch, navigation, and communications attributes are about as high-tech as it gets.

Which is why UK forces and the US Marines are seeing whether the smart drone can allow dumb military grenades to punch above their weight as a new warfare tool.