Fly like an eagle (or a hawk): How certain drone features mimic nature 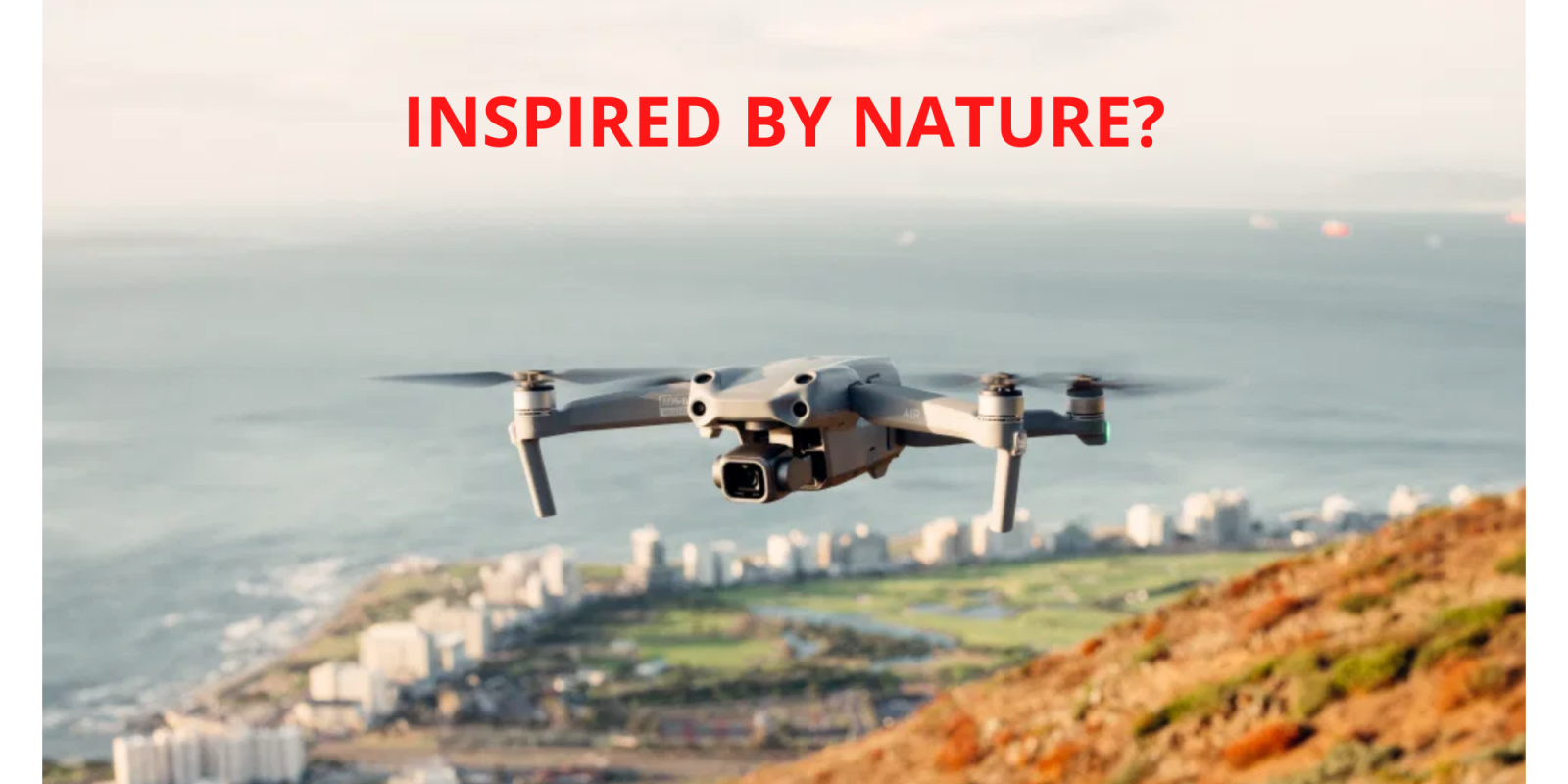 There’s a lot we can learn — and a lot we have learned — from observing the natural world. Specifically, how evolution has perfected certain aspects of animal and plant life for greater efficiency, resilience and more. After seeing a new video of a hawk today, we couldn’t help but think how certain drone features mimic features seen in nature. Let’s take a spin.

To look for a good definition, we turned to the Biomimicry Institute. Here’s how it describes the field: “Biomimicry is the practice of looking to nature for inspiration to solve design problems in a regenerative way… It is a practice that learns from and mimics the strategies used by species alive today. The goal is to create products, processes, and policies — new ways of living — that solve our greatest design challenges sustainably and in solidarity with all life on earth.”

So that’s the concept.

Whether you realize it or not, you’ve likely seen examples of biomimicry. We could start, for example, with the wings of an aircraft. The first flying machines (though some were pretty unsuccessful) came from observing the wing structures and flight of birds. The hull of an America’s Cup entry many years back was coated with a skin based on that of a shark to reduce resistance in the water.

Even velcro was inspired by the Burdock plant after a Swiss engineer (George de Mestral) noticed that small burrs from that plant had stuck to his pant leg. There are countless examples if you’d like to hit up Google.

Obviously, with fixed-wing aircraft, we can state that birds first provided the idea, further refined and engineered. Even multi-rotors work on the same concept of a pressure differential to provide lift. But an example popped on Twitter today that covers both the principle behind gimbals, as well as the transition (for a fixed-wing VTOL) between horizontal and forward flight.

This one was picked up by Romeo Durscher, Vice President of Public Safety at Auterion and probably the world’s best-known drone ambassador. The video, taken by Bill Bryant, was also a winner in the 2021 Audubon Photography Awards in the video category:

We’ve seen this before…

Funny how some things stick in your head. Seeing this reminded us of a Tweet we’d seen nearly three years ago:

It’s a short one: Nature is amazing. And there’s still much we can learn from it. Kudos to photographer/cinematographer Bill Bryant for capturing that stunning red-tailed hawk video that inspired this post.

The next time you take a look at your gimbal in action, thank a bird — along with a ton of engineering.