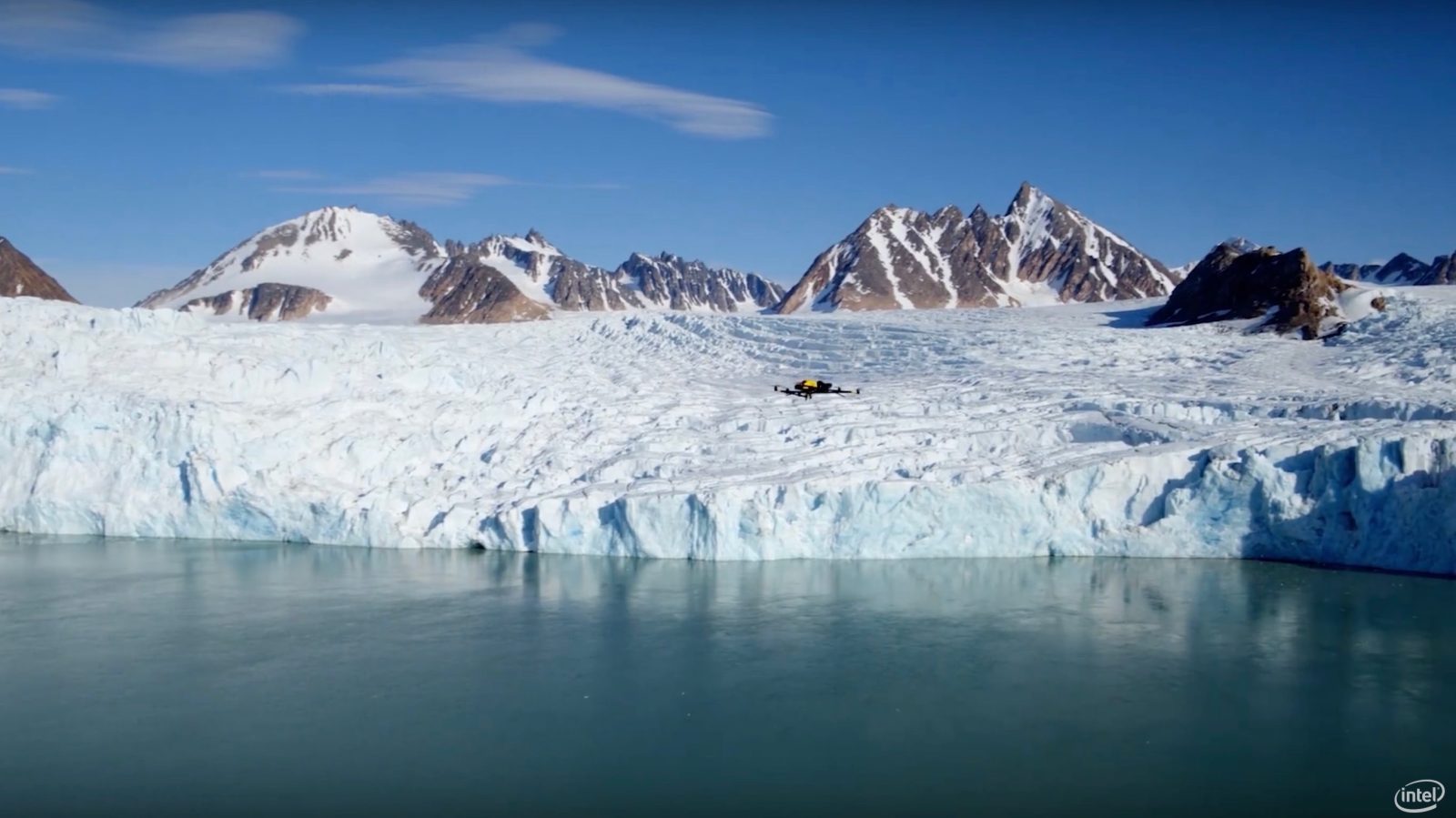 Wildlife biologists often work under harsh conditions in unforgivable environments to observe dangerous animals, but if you think that this would pose the biggest risk to a biologists life, you’d be wrong. The number one cause of death for wildlife biologists are light-aircraft crashes. According to a 2003 study in the Wildlife Society Bulletin, between 1937 and 2000, 91 biologists and other scientists have died in the field and 60 of them were killed in helicopter or plane crashes. Mostly while flying at low altitudes to track wildlife.

As you can imagine, drones (unmanned aerial vehicles) could take over (and have taken over) the role of pilots, airplanes, and helicopters in tracking wildlife. Drones eliminate the risk of anybody dying in a crash when flying at dangerously low altitudes. Furthermore, they are a lot less expensive to operate and create less of a disturbance for the animals being observed. 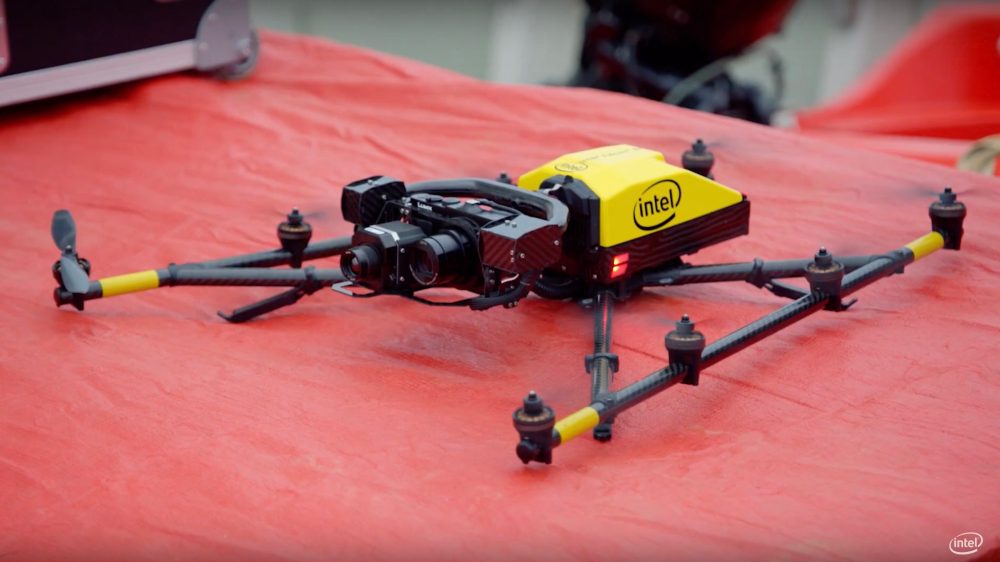 Recently Intel provided Wildlife photographer and conservationist Ole Jørgen Liodden with an Intel Falcon 8+ drone system, with two different interchangeable camera systems: one gimbal with the Sony A7R and the second one with an infrared and a Lumix camera. Especially the infrared camera proved to be a great help in tracking down polar bears in a snow-covered landscape.

That is why we used the thermal camera on the drone

It could spot the bears by their heat signature, even though it was sometimes only a degree warmer than the background, it was enough to make the bears stand out in the environment. 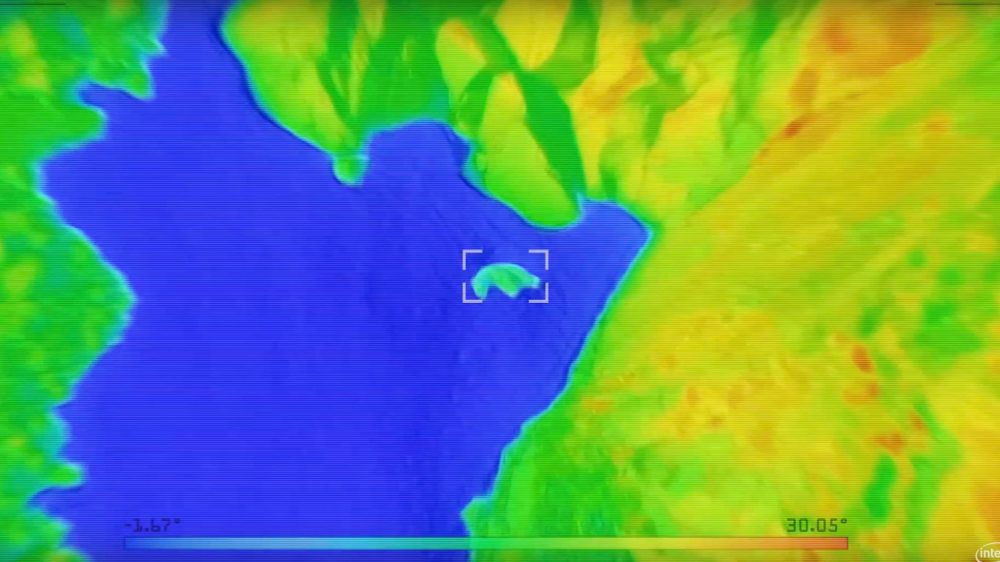 Infrared camera has no problem spotting a white polar bear on a snowy slope.

Before drones, researchers typically used helicopters or small aircrafts to study wildlife but the loud engines and rotors disturbed animals and made it almost impossible to study their natural behavior. Unmanned aerial vehicles or drones offer a much more quiet and precise method of observations, but they come with a new set of issues that need to be overcome. Freezing cold temperatures can have an impact on components such as gimbals, but the most obvious problem is the reduced performance of batteries. Low temperatures significantly reduce the amount of energy a battery can provide. David Johnston, a marine biologist at Duke University, went as far as to use regular ski hand warmers to keep the batteries closer to their optimal operating temperature. Johnston told Popular Science:

The key thing is to keep the batteries warm before we put them into the drone. We use typical hand warmers that you would use when you go skiing.

According to Liodden and other scientists, the polar bear is the canary in the coal mine when it comes to global warming. Closely studying the bears’ behavioral patterns such breeding, feeding, and migration habits will help scientists to understand how climate change not only affects polar bears but the health of the entire ecosystem.

At a certain point during the expedition, Liodden wasn’t allowed to go on shore, so they launched the drones directly from the boat. The steel construction of the boat did not form an obstruction for the GPS sensors or the connection between the controller and the drone. Nanduri says,

One other drone had an even bigger issue in that it could not initialize its sensors without remaining still as it turned on, which is difficult on a moving, pitching, rolling boat, but the Intel Falcon 8+ drone had no issue at all.

Intel is targeting other industries for commercial drones sales, but the challenging conditions in the Arctic and the amazing footage Liodden captured do help to showcase the Flacon 8+ abilities.

Enjoy the amazing footage in this video about Liodden’s expedition. No 4K version unfortunately.