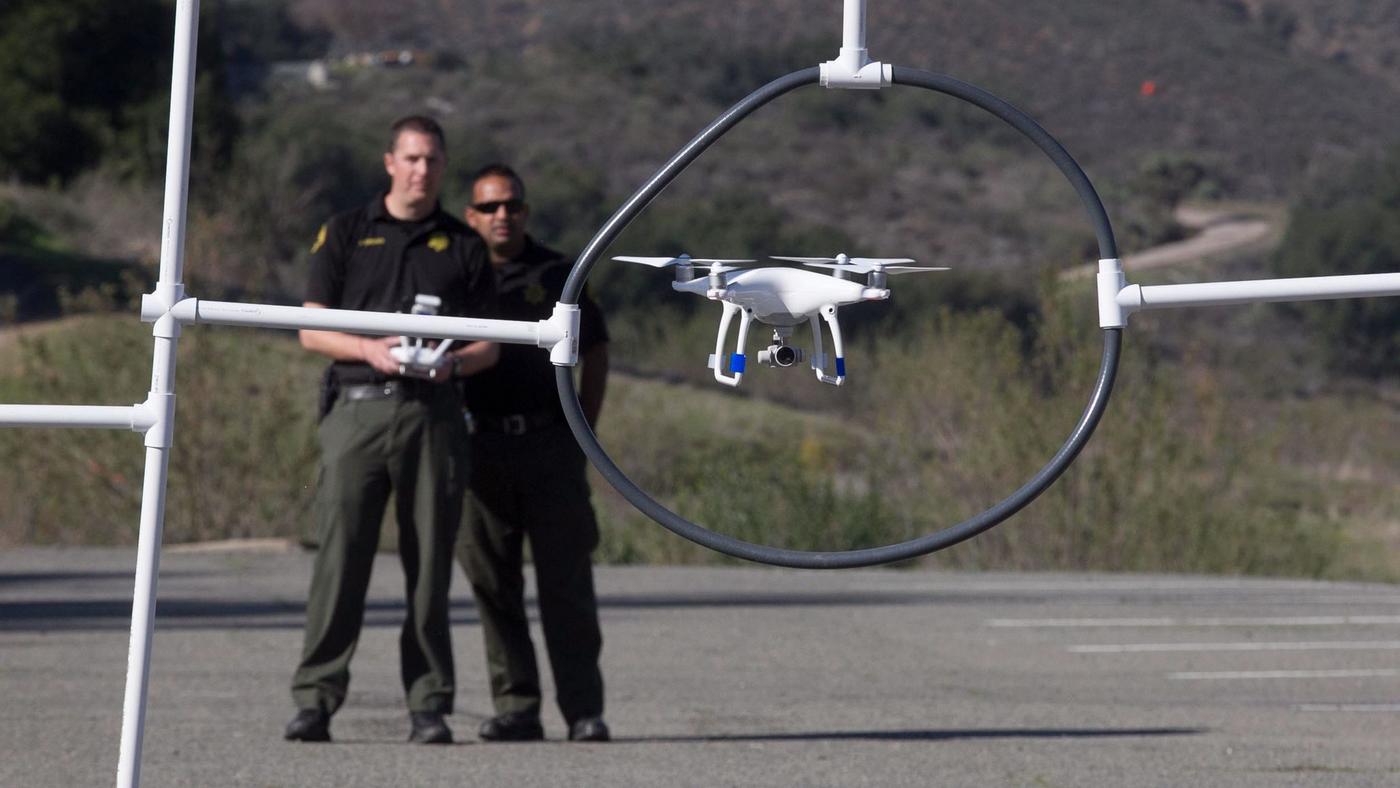 Over the last few weeks, we have reported on how drones are becoming part of law enforcement’s equipment around the country, and world for that matter. Police forces in Boston, Los Angeles, and Hong Kong are using or testing drone and now we learn about the San Diego’s Sherrif’s Department saying drones are here to stay.

The San Diego Union Tribune reported that when two bodies were found at a home in Descanso, in what seems to be a murder-suicide, the sheriff’s deputies used a drone to quickly get an overview of the scene and spot for locations where evidence may be found.

“I can’t think of one recently where we didn’t have a drone,” said homicide Lt. Rich Williams.

The San Diego County Sheriff’s Department uses off-the-shelf consumer drones to provide them with a bird’s eye perspective for a fraction of the cost that a helicopter would cost them. Also, drones are far less obtrusive and can fly in hard-to-get places where helicopters simply can’t. The San Diego County Sheriff’s Department used drones in more than 70 incidents, including homicide investigations, SWAT incidents, and search-and-rescue missions.

“This technology is fantastic, and it’s extremely useful,” Williams said. “It’s the quickest, easiest and most effective way to get video and still images without having to use a helicopter, which obviously can’t get into places a drone can.”

More drones and drone pilots for next year

In October 2016, the Sheriff’s Department was the first local law enforcement agency to start a drone program at a cost of $125,000. The program turned out to be so successful that they plan to continue the devices and have increased the budget to $165,000 for the second year. Other police departments in Oceanside, Escondido, Carlsbad and Chula Vista have followed suit and now have at least one unmanned aerial aircraft each.

“I think it’s proven to be such a valuable asset. More valuable than we thought it would be,” sheriff’s Lt. Jason Vickery said of the drone program, which he oversees.

Police use of drones has led to concerns from civil liberty groups here as well as in Boston and LA. The San Diego Sheriff’s Department’s policy prohibits the use of drones for mass or random surveillance and it bans weaponizing the drones. Vickery said that these rules will stay in effect going forward and the police department has not received any complaints during the program’s first year.

Vickery said he understands the concerns over drones and believes “the public is going to become more comfortable with (the devices)” as more law enforcement agencies continue to use them.

“I truly think this is going to become such an accepted tool in law enforcement,” he said.

Since the drone program started in October of 2016, police officials have used the drones on 76 missions, mostly for homicide investigations and SWAT incidents.

“It’s a game changer when it comes to these units,” Vickery said.

The drones have proven to be so useful in homicide investigations and SWAT operations that the department has expanded it’s program from six to ten drones. Each model costing $500 to $2,000. At the same time they have increased the number of trained deputies. Currently there are more than 11 Federal Aviation Administration (FAA) certified deputies ready to fly drones and two more deputies are being trained. 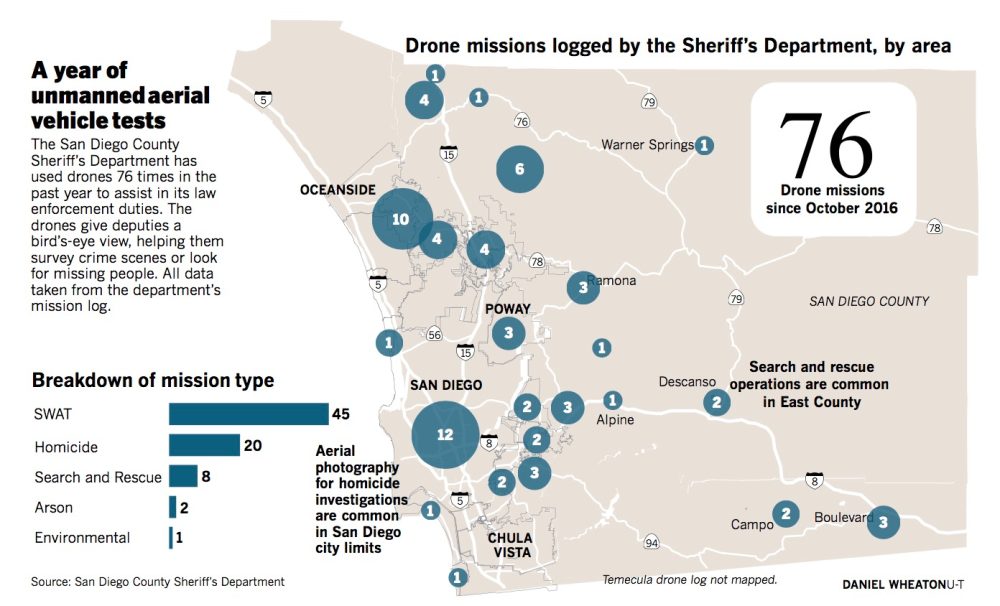 Not all the drones used in the four police departments are the same. Some are the basic smaller $500 drones, whereas at the top end the drones used by the police can cost up to $3,500. Some of the drones are outfitted with infrared heat-sensing cameras to help in search and rescue missions as well as the SWAT teams. The department also plans on buying a waterproof drone for use on rainy days.

“What we’ve learned over the last year is that there’s certain limitations with each (drone),” Vickery said. “We don’t have one that can do it all.”

The regular FAA regulations also apply to the police force. They are required to notify the FAA of where they are planning to fly the drones. The drones are not allowed to fly over 400 feet and have to be kept in line of sight at all times. Any night-time flights require special FAA approval.