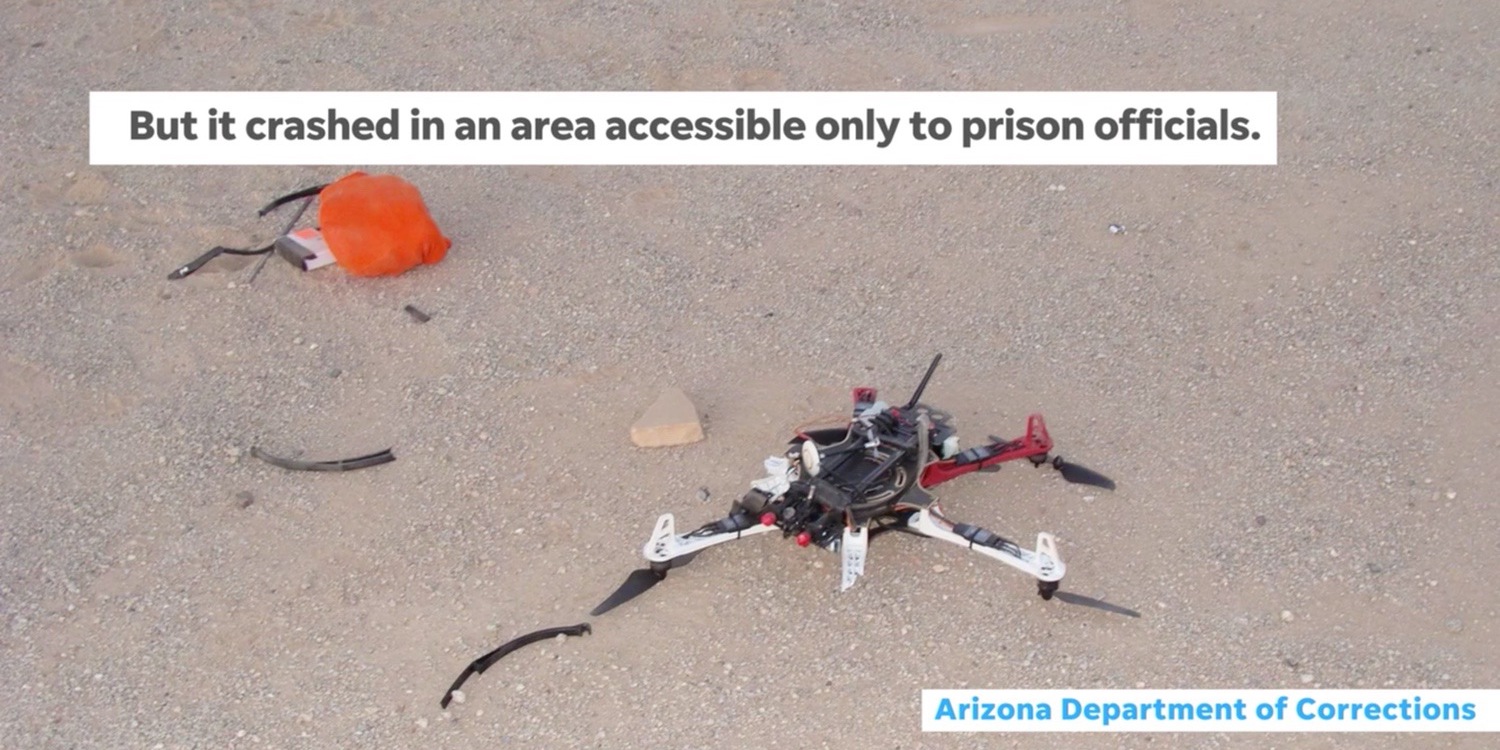 AZ Central reported that a drone attempting to deliver phones and drugs to inmates in the Buckeye prison in Arizona crashed in a yard only accessible to corrections officers. The Arizona Department of Corrections said on Thursday, that they are investigating the incident to determine who was behind the attempted contraband delivery by drone. According to corrections spokesman Andrew Wilder, this is the first known drone incident at an Arizona state prison. We have seen similarly attempted drone deliveries in Michigan, Louisiana, and Texas but also abroad in Australia, and Great Britain.

The drone that crashed in a security zone inaccessible to inmates of the Arizona State Prison Complex-Lewis in Buckeye early Thursday morning appears to be a homemade drone. Corrections officers discovered the drone after it had crashed and confiscated the contraband. Tied up in a sweatshirt were two cell phones and several plastic bags filled with marijuana. The items have been sent to a state crime lab for fingerprint and DNA analysis. They have not been able to locate the origin of the drone, according to Wilder.

Wilder said that all airspace around prisons is restricted by the FAA, so flying any item, including drones, near the facilities is prohibited. Attempting to smuggle drugs and cell phones into prisons is a felony crime.

Wilder continued to say that prison officials are looking into various ways to stop drones from making contraband deliveries but that:

“there is no better existing weapon against the importation of illegal contraband in correctional facilities than heightened staff awareness and vigilance. Our Correctional Officers do an excellent job at that already, which may explain why bad guys are turning to new methods such as drones to try to get illegal contraband inside prisons”.