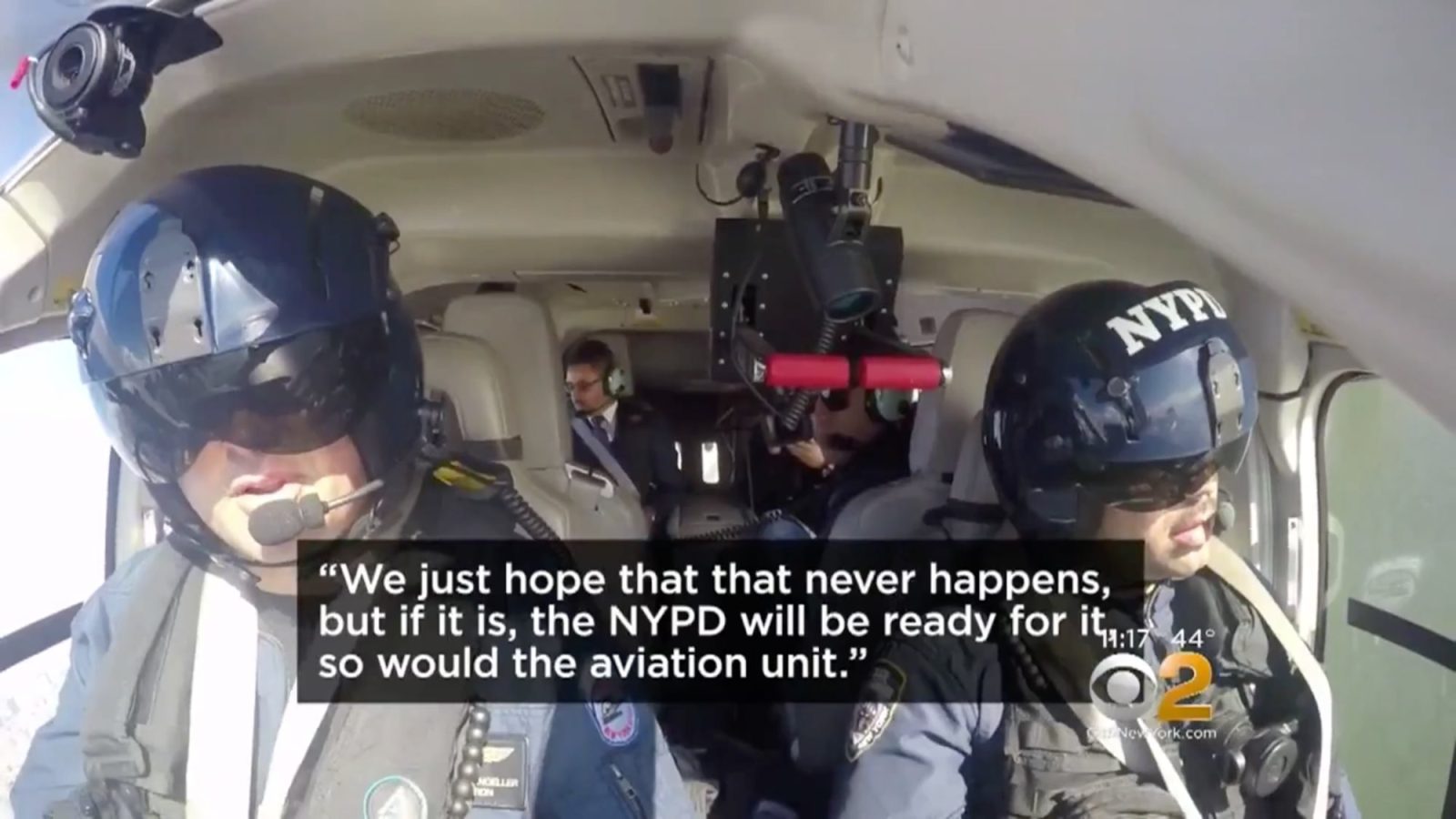 CBS New York joined the NYPD on a mission to hunt drones in New York City. With the number of drones rapidly increasing, 770,000 drones have been registered with the FAA as of earlier this year, so is the number of drone incidents. CBS2’s Maurice Dubois took to the sky with the NYPD to see how they are cracking down on rogue drones.

Recent drone incidents in New York include a drone hitting a window on the Empire State Building, a drone hitting an Army helicopter over Staten Island and countless more have collided, slammed and smashed across the five boroughs, according to CBS.

Lt. Richard Knoeller is a pilot with the NYPD’s Aviation Unit and takes to the skies daily tracking and cracking down on illegally flown unmanned aerial aircrafts. Knoeller’s unit gets as many as ten calls a day.

“People could definitely die. There are a lot of lives at stake when you take a drone and just decide to operate it in this airspace.”

Viewed from the NYPD’s helicopter, an airborne drone is just a little spec in the sky. It is very hard to see and respond to in a timely manner. CBS2 launched a drone, in close coordination with the NYPD to demonstrate how small a drone is when viewed from a manned aircraft and how difficult it is to see.

“That’s a spec in the sky. It would come upon us so fast we would have little time to react,” Knoeller said.

The only places where you can legally fly

In New York city it is mostly illegal to fly drones, except in the five designated parks. To catch illegal drone operators, Knoeller’s team would follow the drone until it lands. Special technology inside the helicopter is able to pinpoint the exact location, so that ground patrol can respond. In many cases, the illegal drone operator will plead ignorance of the law. 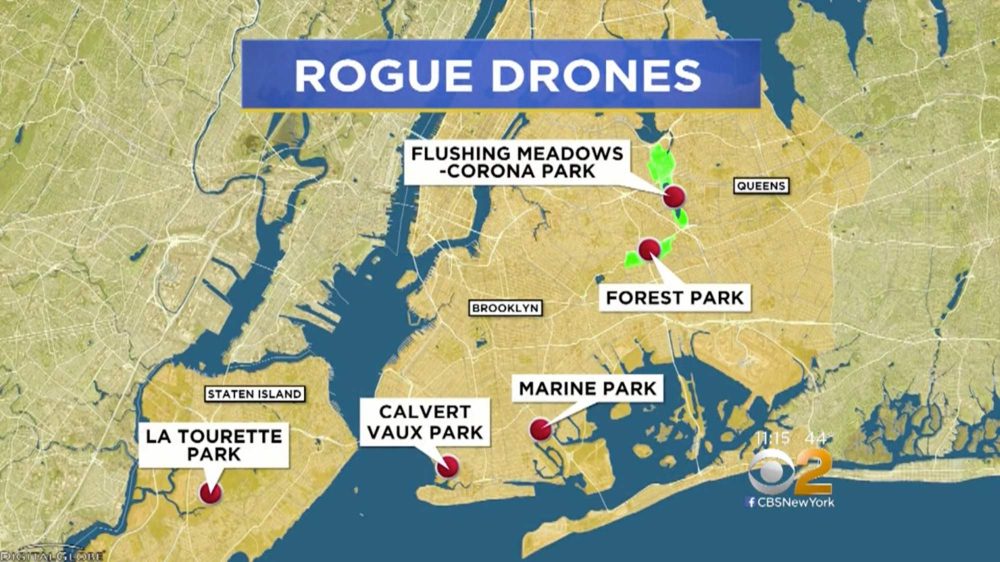 The five parks in New York where you can legally fly your drone.

Earlier in November, the Department of Homeland Security issued a terror bulletin warning of the potential use of unmanned aerial vehicles. The NYPD has not yet come across anybody who was flying a drone with malintent, but “That’s something that you know, it’s always in the back of our minds,” Knoeller said.

If you get caught for flying a drone in NYC illegally, you can faces fines in the thousands of dollars or worse, be charged with reckless endangerment. Chinese drone manufacturer, DJI has recently introduced special technology, called Aeroscope to help local law enforcement, such as the NYPD, to track and identify airborne drones and their pilots. Other drone manufacturers have yet to come up with a similar solution.

Enjoy your drones and fly responsibly as outlined in the FAA regulations small unmanned aircraft systems.