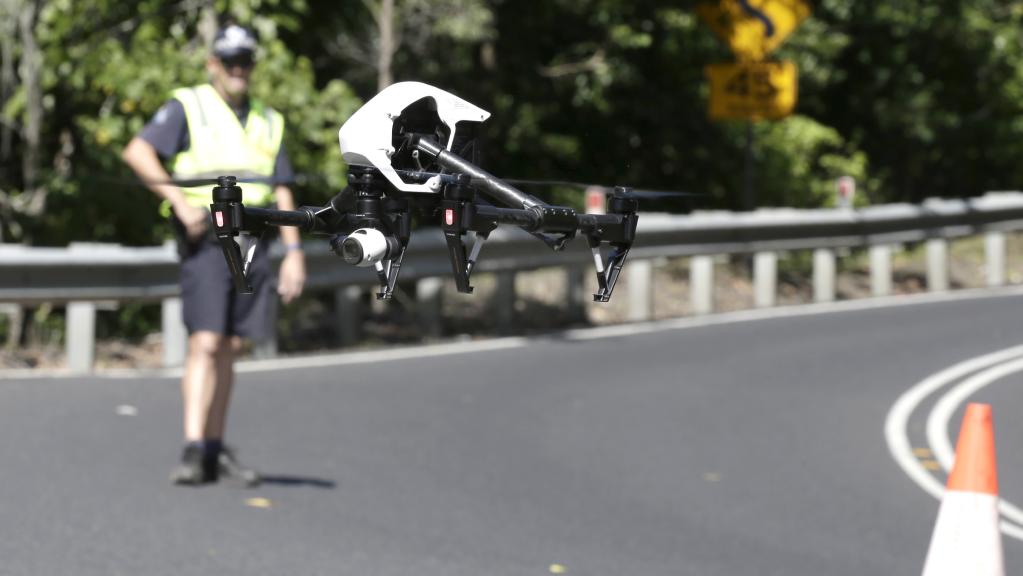 A drone has become an essential part of the Queensland police operations new numbers show. During the last year, one or more drones were launched 52 times by the Queensland Police Service photographic section. All flights combined add up to more than 60 hours of flight time in the last year alone.

The Queensland Police Service was the first law enforcement agency in Australie to use a drone in their investigations. The drones are not only used to provide footage for investigations from homicides and police shootings to drug dealing and traffic accidents. The unmanned aerial vehicles are also used to map out the terrain.

According to an article in the Courier Mail, the QPS has a fleet of 10 drones at their disposal. Inspector Stevens of the QPS said that the demand for drone use is growing and they will soon be made part of the police helicopter unit, with a chief pilot directing air traffic. The chief pilot would work closely together with the Civil Aviation Safety Authority (CASA). He continued to say:

“You can’t just put a drone up anywhere. It’s very tightly controlled. It’s like an aircraft in the air. The role of the chief pilot is to ensure compliance with the CASA regulations and to approve flights. If anyone wants to use drones, they have to be an accredited pilot, they have to submit risk management and flight plans, and they have to be approved by the chief pilot before they go up. It’s a very versatile piece of equipment.