Dutch police halts use of eagles to intercept drones 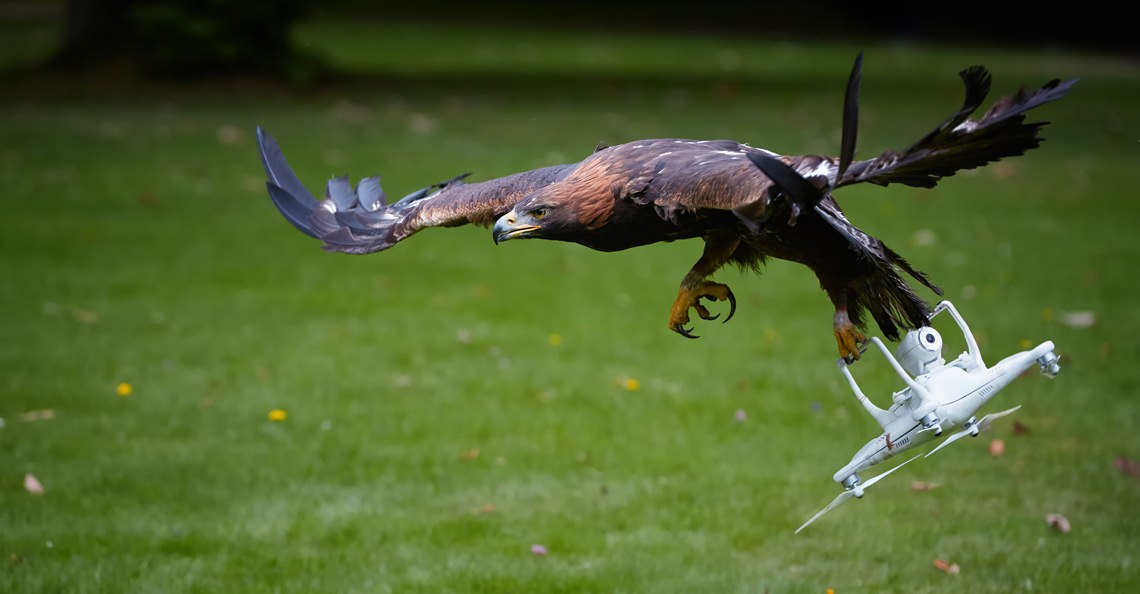 The Dutch police started using eagles to intercept drones back in 2016. What initially seemed to be a very successful approach to defense against suspicious unmanned aerial vehicles has now been halted. No longer will eagles be used by law enforcement to take drones out of the skies in the Netherlands.

Use of eagles is inefficient, expensive and possibly unsafe

The Netherlands we the first (and only) country in the world where law enforcement used eagles to seize drones mid-air. In 2016 the Dutch police announced the use of eagles to intercept suspicious drones and went ahead to purchase the birds and train them. The Dutch political party: “Party on behalf of the Animals” immediately expressed concerns about the safety of the birds when intercepting drone.

Now, after a year of training the birds, the police have concluded that the eagles were barely used, although they were present during the NATO summit in Brussels and during the championship celebrations of Feyenoord. The birds did not see any action during both events.

The Dutch news organization, NOS, reported that according to the police too much time and effort was involved in training and maintaining a group of drone catching eagles. They also admitted not being quite sure if catching drones mid-air was safe for the eagles and that the birds of prey not always followed their orders correctly.

The Dutch police are now looking into other means of keeping The Netherland safe from suspicious drones or even drone attacks. One possible solution is to create legislation that will require drone manufacturers to have geo-fencing available and activated on all their drones. Other solutions to intercept drones are also being considered.

The Dutch police have found places for the retired birds to go to. 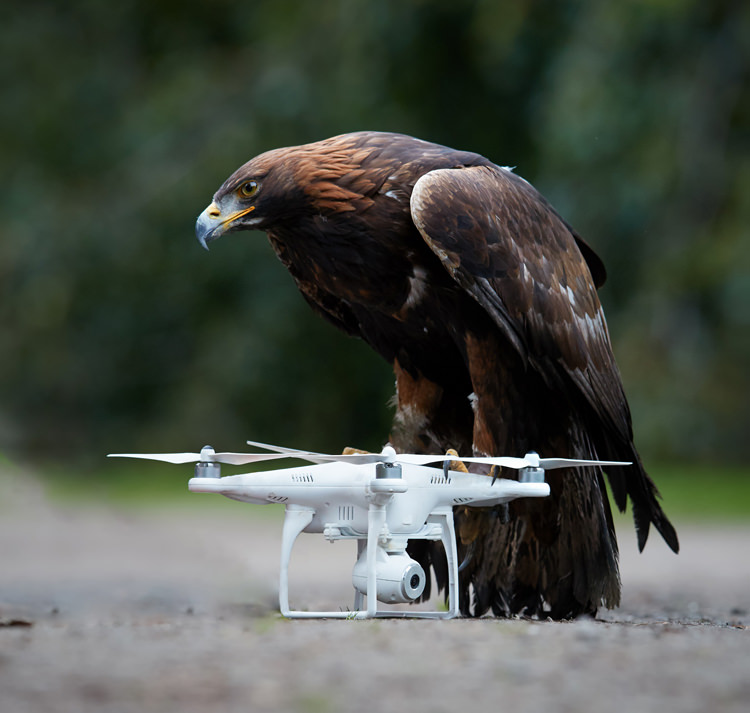 Falcons studied to learn how to catch a drone during flight

Earlier this week we reported that the U.S. Airforce had commissioned a study in which falcons we being observed to learn from their attack techniques during the final moments of flight, right before they intercept drones in mid-air.

What are your thoughts on using eagles to catch drones. Let us know in the comments below.