Mach 0.8 rocket drone in development by MIT for the Air Force 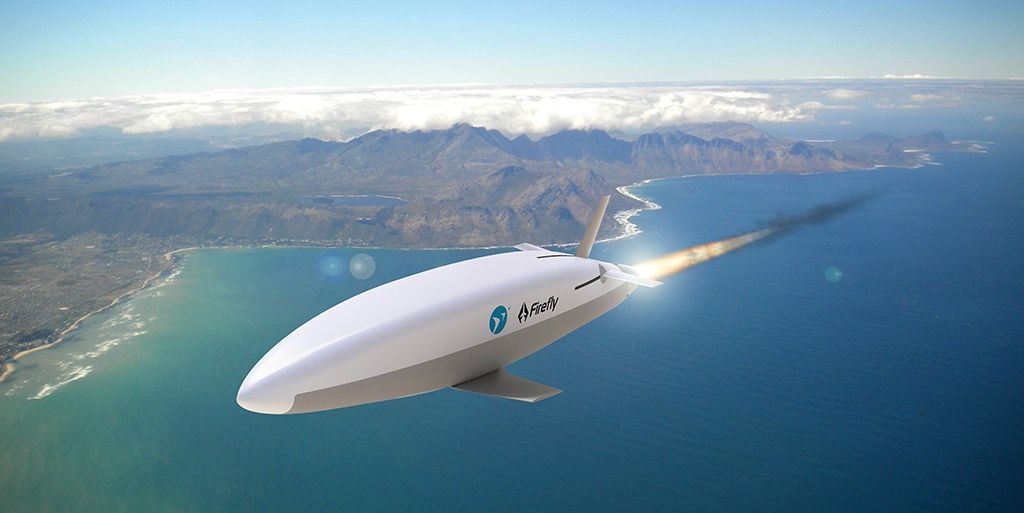 MIT’s AeroAstro labs is working on a special rocket drone that can fly up to Mach 0.8 (614 mph) and it is called the Firefly. The zeppelin-shaped mini-rocket is designed to be launched from a fighter jet to collect data or distract enemy weapons systems.

The Firefly is designed in response to a challenge presented by the U.S. Air Force. The assignment was as follows: develop an unmanned aerial vehicle (UAV) no more than 2.5 inches wide and 17 inches long that can be launched mid-air from a fighter jet and that can fly at Mach 0.8 for 2 to 5 minutes. MIT had been successful in the past designing the Peredix swarming drones so they were up for the challenge.

“There was no vehicle with this speed, at this size, that could deploy off an aircraft,” John Hansman, MIT professor of aeronautics and astronautics, said to Aviation Week. “It is too small for a turbine and too fast for electric, while a pulse-jet presents thermal problems.”

The main challenge was how to get a rocket to fly that fast (Mach 0.8) and for so long (2-5 min). A typical rocket burns through its fuel in a matter of seconds and slowing the burn rate possibly reduces the pressure to the point that there will be no combustion at all.

The team at MIT AeroAstro lab found the solution in a mix of ammonium perchlorate propellant with an oxamide inhibitor.

“We use this burn-rate suppressant, which—via chemical decomposition—cools the flame and changes the flame structure so that it actually burns slower,” says doctoral student Tony Tao to MIT Technology Review.

The slow-burn propellant will power the Firefly for up to three minutes, well within the Air Force’s requirements.

The Firefly is one of the first 3D-printed rockets made out of titanium. A specifically difficult task was to control the temperature so that the controls of the rocket would not be negatively affected.

MIT’s Firefly rocket drone is still a year or so away from the first flight tests. Being half drone and half missile, the Firefly could be the start of a new type of superfast military unmanned aerial vehicles.