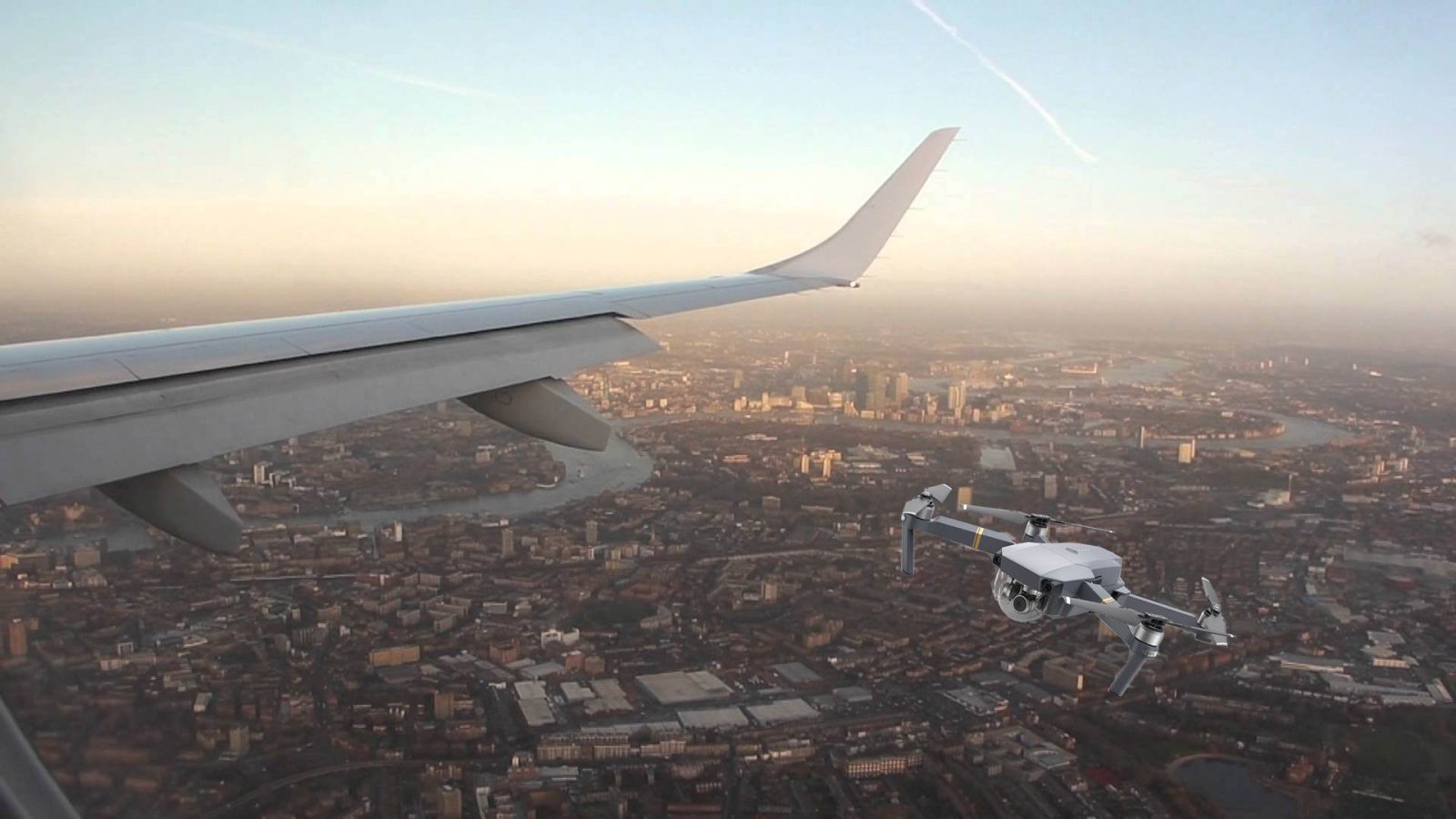 The UK Airprox Board report is unusual as typically the type of drone is not specified. This time the “DJI Mavic type” drone was seen by the third pilot in the observer’s position. According to the same report, it was ‘endangering other aircraft’.

The passenger plane had just taken off from the City’s runway 27, turned sharply north and climbing when it encountered the drone in close proximity. The captain and co-pilot decided that no immediate alteration of the course was necessary as the drone was below them. However, the report also states that the vertical separation was only 100 feet.

The report from the UK Airprox Board also states that the drone was “endangering other aircraft at that location and altitude” as it was flown beyond the practical visual line of sight (VLOS) and at what must have been too high an altitude.

The UK Airprox Board agreed that the drone had been “flown into conflict” with the London City airliner. However, they said there was “no risk of collision”, but that the situation was best described as one where “safety had been reduced”.

No proof it was a DJI Mavic drone

The Register reached out to DJI for comment on this near-miss or drone incident.

DJI commented that: “There is no proof that it was, indeed, a DJI Mavic Pro,” referring to the use of the word “type” in the report.

They also stated that: “In past airprox incidents, reports of drone involvement turned out to be false.” and that “DJI strongly condemns the unsafe use of this technology in areas that conflict with normal operations of manned air traffic. We will continue working together with regulators to help our users understand the safe and legal operation of aerial technology.”

Whether it was a DJI Mavic Pro drone or not is beside the point. The real problem is that we are seeing way too many close calls. People who operate drones need to know where they can fly and where they cannot fly before drone incidents turn into accidents.

Smartphone apps like the one from Airmap can help determine if an area is safe to fly or whether there is an airport close by. Also, drones should be flown within line of sight, not be flown within a 5-mile radius of an airport and not exceed 400 feet in elevation. Please use common sense when flying your drone and check with the local Aviation Authority to familiarize yourself with local rules and regulations as there are more than we have noted here. This would be the Civil Aviation Authority for our UK readers.

We are currently working on a number of articles that will explain the drone flying rules per country. The first one we have done so far is Spain.