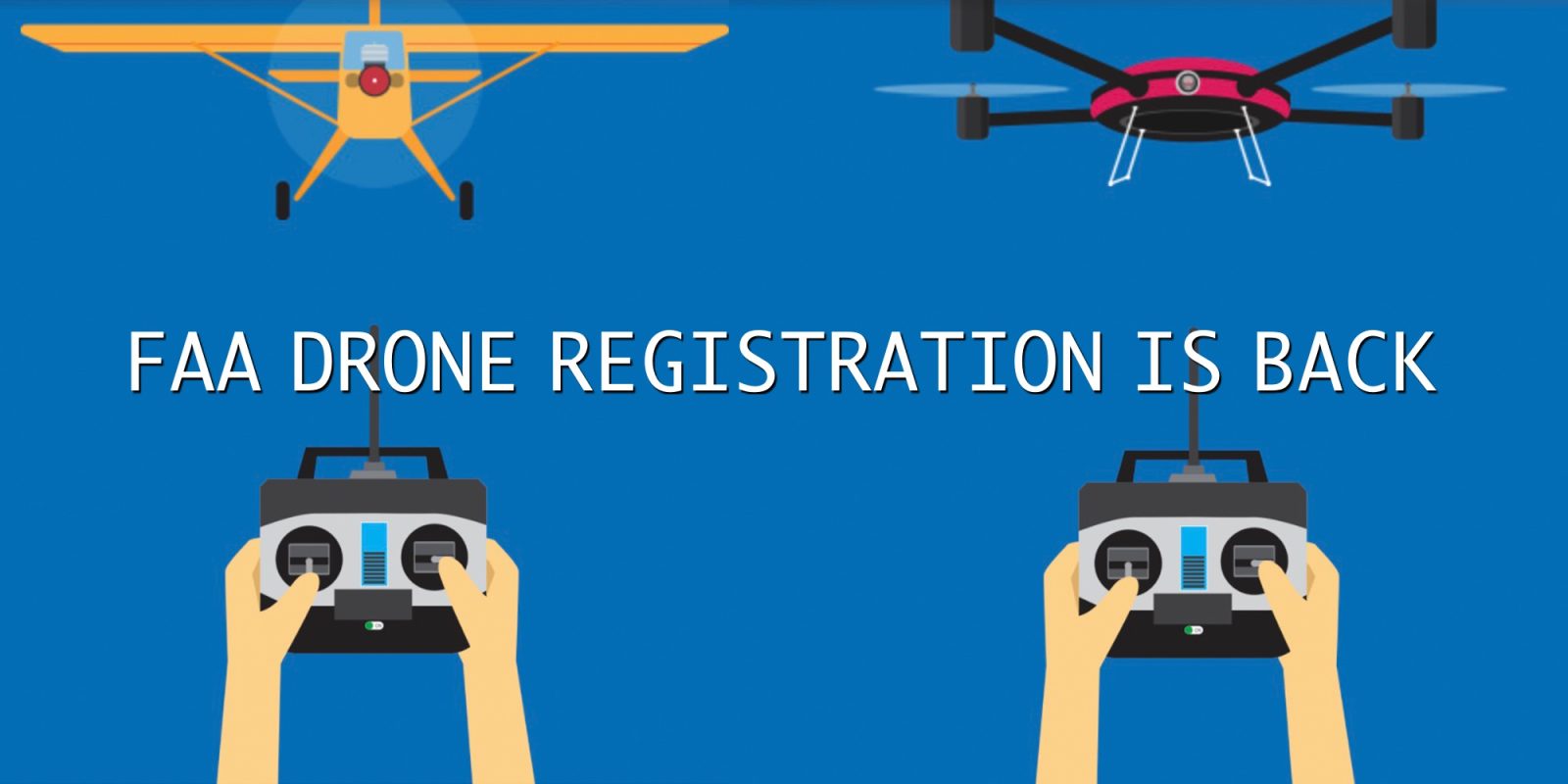 Drone registration has been reinstated after President Trump signed the $700 billion National Defense Authorization Act, which includes the requirement for drones weighing between 0.55 and 55 pounds to be registered with the FAA in order to be flown legally in the U.S. With the number of drone incidents steadily increasing the registration requirement does not come as a surprise.

FAA drone registration originally was introduced right before the 2015 Holiday season in anticipation of drone sales taking off. The initiative was backed by large drone manufacturers such as DJI and viewed as a way to combat rogue drones and educate hobbyist drone pilots about aviation safety.

838,620 people registered their drones with the FAA, however, the database with drone operator names was publicly searchable and was a concern for many people. Drone operator and attorney John Taylor sued the FAA and in May of 2017, a Washington D.C. court of appeals threw the FAA registration requirement out, arguing that the FAA did not have the authority to regulate model aircraft.

In reaction to President Trump signing the $700 billion National Defense Authorization Act an FAA Spokesman said in a statement to TechCrunch:

“We welcome the reinstatement of registration rules for all small unmanned aircraft. Ownership identification helps promote safe and responsible drone operation and is a key component to full integration.”

All drones between 0.55 and 55 pounds require registration in the FAA registration database. More information on the FAA requirements for drone pilots can found on their website.