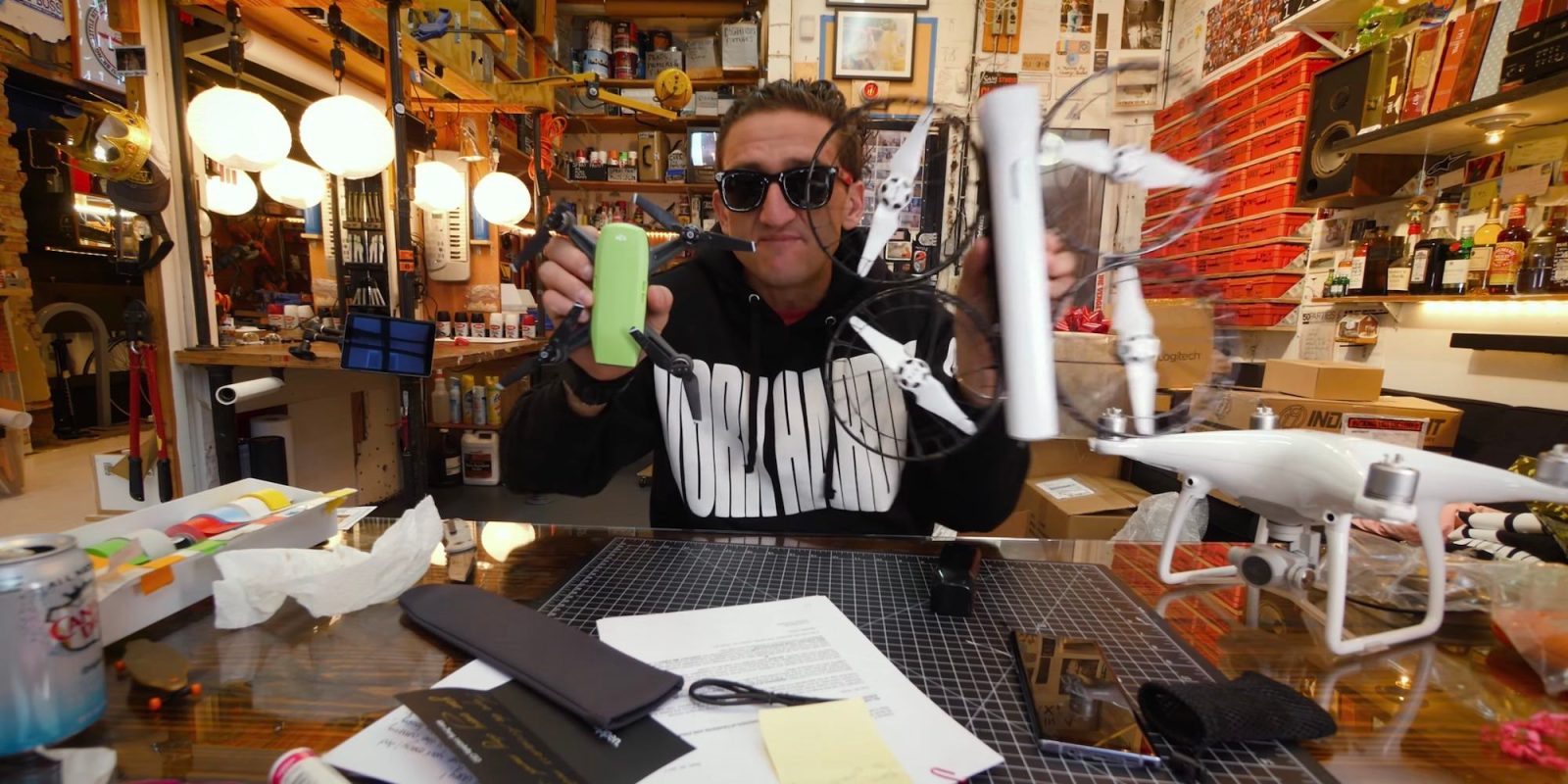 Flying the Snap drone in Brooklyn

Instead of flying the Snap drone on the streets of New York, Neistat went to:

“A safe place in Brooklyn to fly the drone away from any potential dangers”, Neistat said, because “I am a responsible, non-commercial, amateur drone… Just, FAA please don’t give me a hard time about this, I am just trying out a new toy.”

Based on the video footage, Neistat seemed to be in the Grand Ferry Park in Brooklyn, NY and flew the drone mostly over the East River, away from people. This may indeed be safer (in some ways) than flying over the crowded streets in New York, but it does not seem to be away from any “potential dangers” as there is an NYPA gas turbine power plant right next to the park. Furthermore, as Airmap shows, there are heliports, schools, prisons, etc. in the area. Lastly, the location Neistat chose borders or may actually be part of the NY class B controlled airspace.

Anyway, my point is not so much to get on Neistat’s case, but more to show that, unfortunately, flying a drone safely and legally anywhere in the NY metro area is nearly impossible. There are only five locations where you can legally fly your drone as an amateur drone pilot. Not knowing the FAA rules or the environment you fly in, can lead to serious problems, as we have seen earlier this week with the Black Hawk helicopter and DJI Phantom 4 Pro collision. 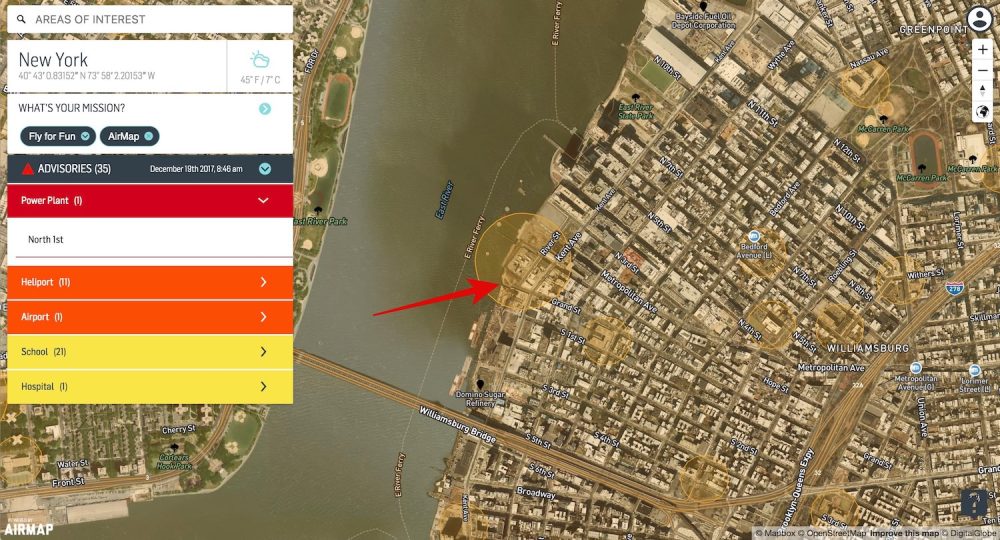 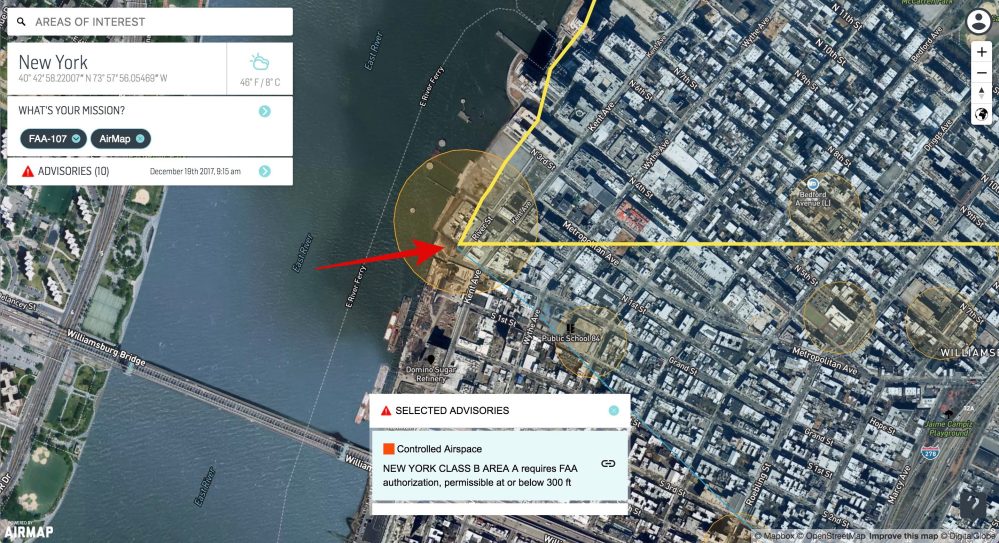 Source: both images are screenshots from Airmap.io

As Neistat shows in the video, the Snap foldable 4K drone is easy to put together. First, you unfold the wings than snap the body in place and snap the battery on and you are good to go. There are no ski’s or legs on the drone and there is apparently no on/off switch. You connect to the drone with your phone and use the controls on your smartphone screen as well as with the accelerometer to fly the drone. Neistat was told that the Android software is still in beta and that he should use an iPhone instead. Apparently, not all the software has been finalized yet.

Neistat commented that the stabilization was buttery smooth and the 4K image quality of the Snap drone was good and on par with the “greatest drone ever made”, the DJI Mavic Pro. However, the drone was very hard to control from the iPhone screen alone. Neistat said:

“I am really struggling with the controls here.”

Flying a Parrot and a DJI Spark drone from a smartphone was a similarly bad experience for Neistat. You simply cannot control the 6 axis of movement on a drone properly without real buttons and tactile controls. Flying the Snap drone from your smartphone means that it will be hard, if not impossible, to create nice smooth cinematic footage and in that case, the quality of the image itself becomes irrelevant. We haven’t had the chance to fly the new foldable 4K Snap drone ourselves yet, but hope to do so soon. The Snap is available today for $899 and will ship in January 2018.