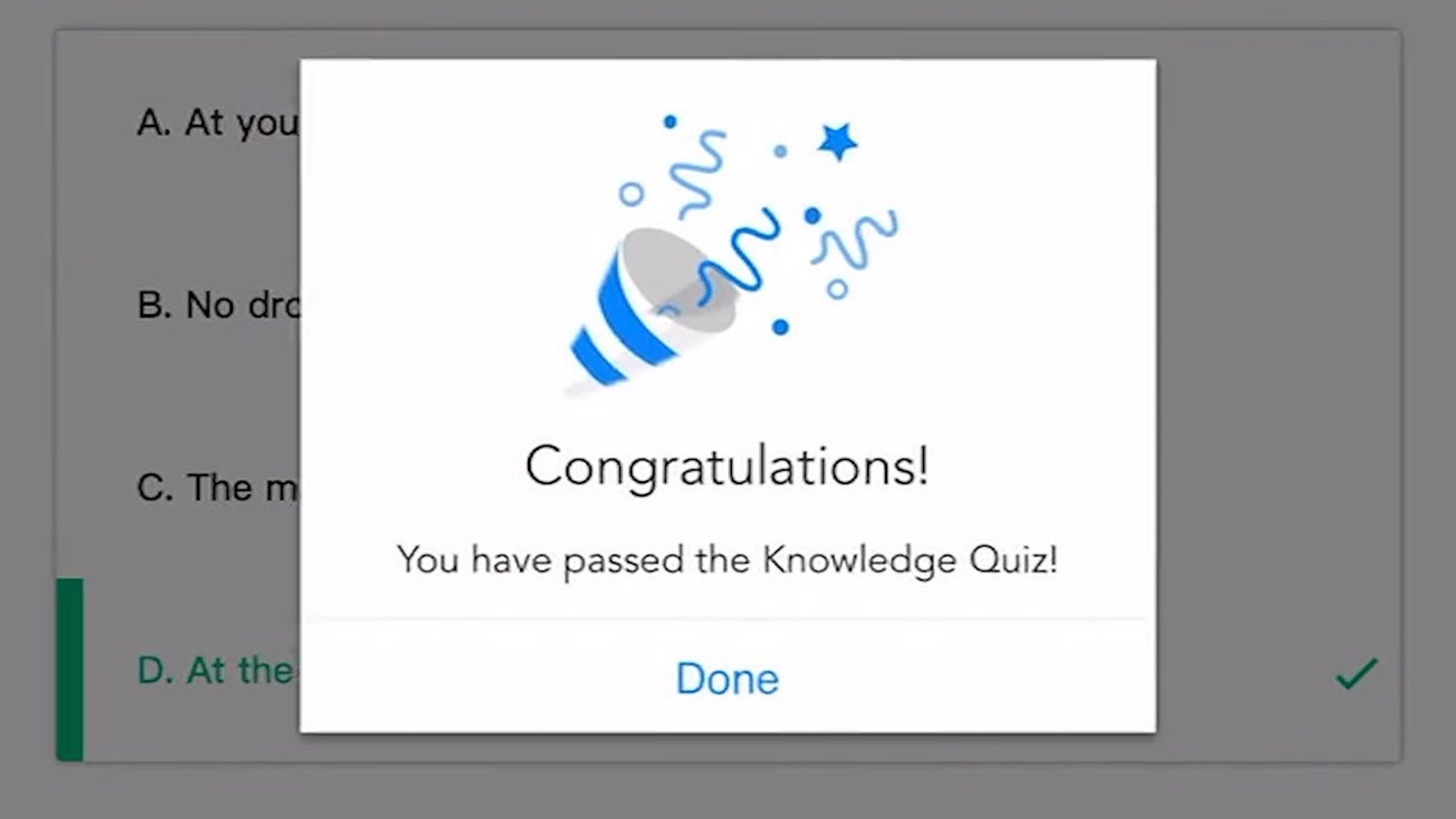 After introducing the DJI Knowledge Quiz in the US in November, DJI’s latest effort to reduce drone incidents is going live in the UK today. All DJI drone pilots in the UK will have to successfully answer a set of questions before being able to launch their drones. DJI’s move comes prior to government plans to introduce a safety awareness test for drone users in 2018.

Drones sales this Holiday season are expected to almost double the number of drones in the UK airspace. At the same time, a recent study of the Civil Aviation Authority (CAA) showed that an estimated 27% of all new drone owners are unaware of the aviation rules and regulations surrounding their new unmanned aerial vehicles.

DJI’s effort to educate (new) drone owners is a sensible step that other drone manufacturers may want to follow.

The new DJI Knowledge Quiz will show up in the DJI GO 4 app on the smartphones of drone pilots and will require all of them to correctly answer a number of safety questions.

“The vast majority of drone pilots fly safely and responsibly, but with drone usage bound to increase substantially in the coming years, new enthusiasts will use our technology”, said Christian Struwe, Head of European Public Policy at DJI. “Governments, aviation authorities and drone manufacturers agree that we need to work together to ensure that all drone pilots know basic safety rules”.

Tim Johnson, Policy Director at the UK Civil Aviation Authority, said: “Anyone operating a drone must do so responsibly and observe all relevant rules and regulations. The rules for flying drones are designed to keep all airspace users safe. We welcome any initiative that reinforces the importance of safe and responsible drone use.”

The quiz will consist out of eight questions that must be answered correctly. Drone pilots can keep answering new questions until they pass successfully. DJI launched the Knowledge Quiz in the US in November with the backing of the Federal Aviation Administration (FAA). DJI plans to roll the quiz out to other countries soon.

According to DJI, ARPAS-UK, the professional trade association for Remotely Piloted Aircraft and Systems, welcomed the introduction of DJI’s Knowledge Quiz: “We fully support DJI’s new GO4 app feature, giving users the opportunity to demonstrate their understanding of the local laws & commitment to fly-safe when operating UAV/Drones in the UK”.

The DJI Knowledge Quiz is the most recent step in the Chinese drone manufacturer’s steps to improve drone safety. During the last few years they have added: