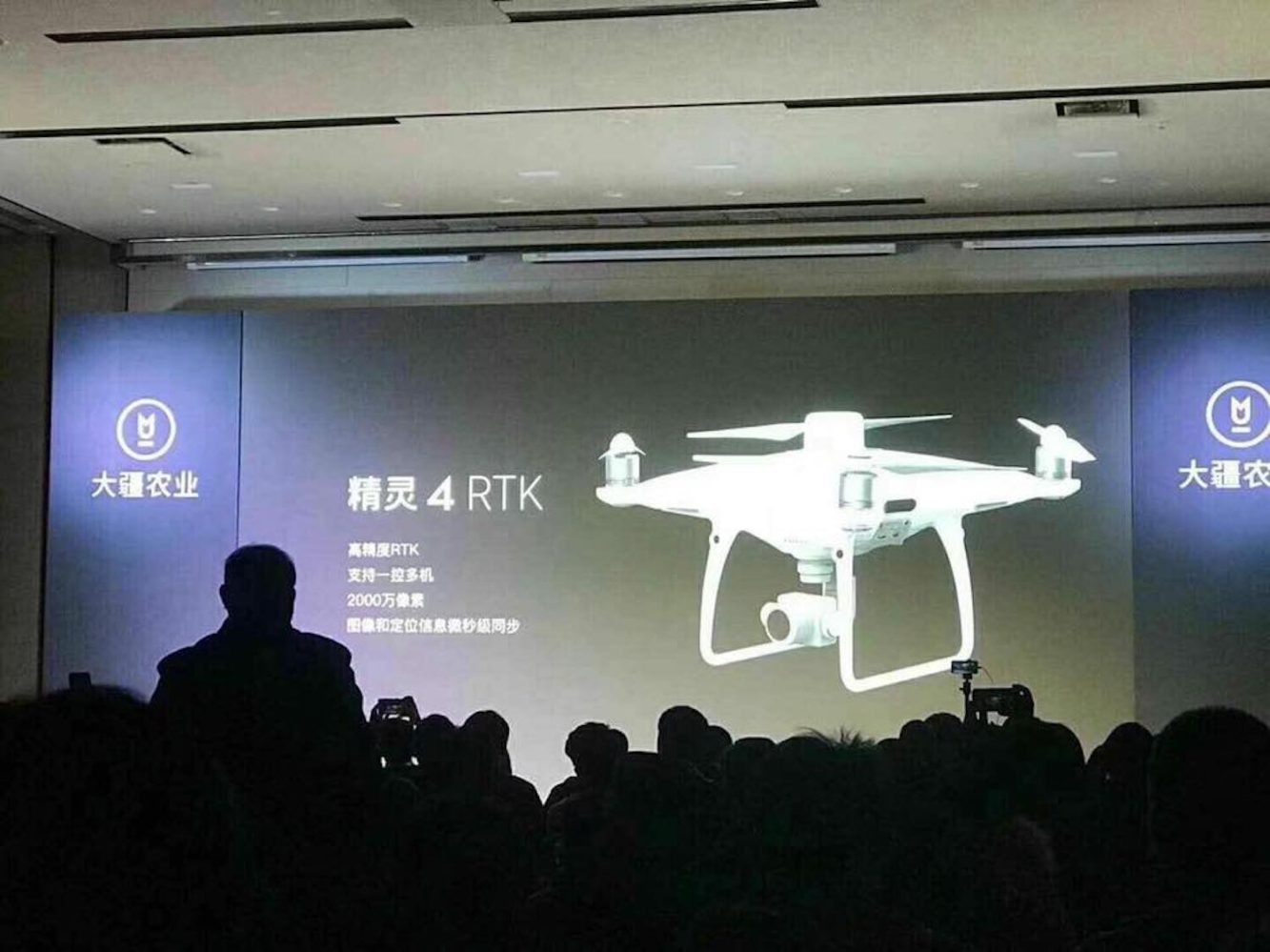 Two days ago we reported about the new DJI Phantom 4 RTK drone being spotted at an event in China. Today we can confirm that this drone is not some photoshopped Phantom, as some people on social media seem to believe, but that it is indeed a new DJI drone. The drone was shown at an official DJI event in China where two new agricultural drones, the MG-1S Advanced and the MG-1P, were announced.

We had asked DJI to confirm the news and this is what they had to say:

“DJI unveiled the Phantom 4 RTK (Real-Time Kinematic) at an event in China, though it is still a prototype and we do not yet have a timetable for when it will be available for purchase. It uses the Phantom 4 Pro 20-megapixel camera and is augmented by a high-precision GNSS (satellite positioning) module to provide much more accurate RTK-level data. This is designed for surveying and mapping applications that need centimeter-level accuracy in flight as well as post-processing. As this product comes closer to market, expect us to have more to say about its capabilities and availability.”

Why would DJI install RTK on a Phantom 4?

Some people have wondered why DJI would launch such high-tech precision navigation system on a prosumer drone such as the DJI Phantom.

One reason may be that the larger commercial drones from DJI, such as the Matrice series, require a special commercial license in some countries, that is much harder to obtain than the commercial drone license that is required for flying the smaller Phantom 4 drone.

The second reason could be that by mounting an RTK system on a Phantom 4 drone, DJI may be able to offer precision navigation on a drone at a much lower price point than before and thus offering a very competitive product.

No news on availability or price but it seems safe to say that this DJI Phantom 4 RTK is coming to market in the near future.

What do you think about precision navigation on a Phantom 4 drone? Do you think it makes sense to have a Phantom 4 RTK? Where do you see a use for such a drone and how important is a lower price for RTK technology for you? Let us know below.