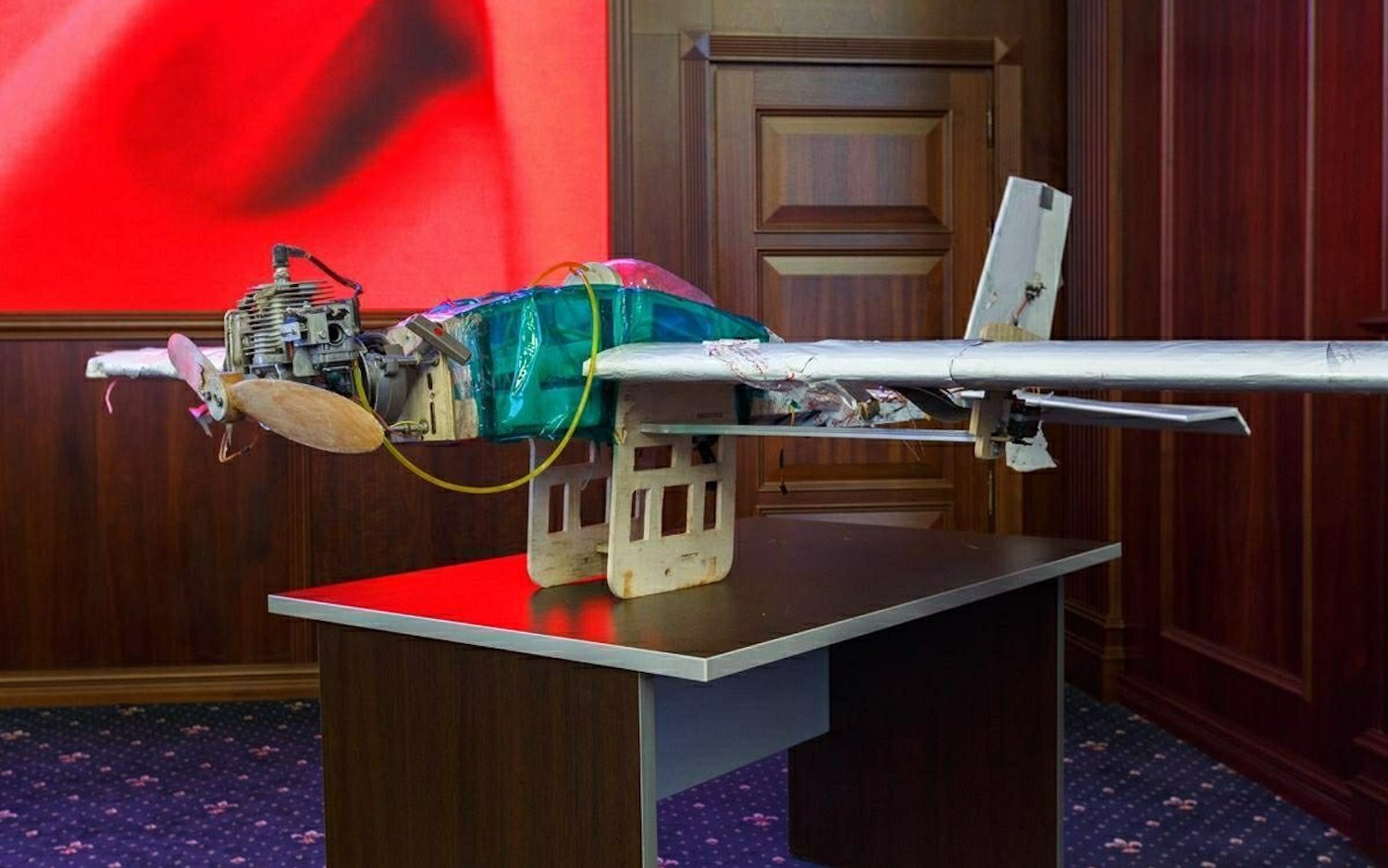 Last week we reported on the drone attack on the Russian airbase, Khmeimim as well as a naval facility in the city of Tartus on Syria’s western coast. In these attacks, 13 drones had been launched from as far as 35 miles away, according to the Russian defense ministry.

Today we learn that the heavily armed Russian military bases in Syria are ill-equipped to defend themselves against drone attacks from insurgent rebel groups opposed to Syrian President Bashar al-Assad.

According to an article in the Wall Street Journal [paywall] there have now been three drone attacks since New Year’s Eve on Russia’s main military base and naval station in Syria. A person close to Russia’s Defense Ministry has said that two service people had been killed in the attacks, 10 more people had been injured and at least six airplanes had been damaged. Military experts from Russia state that home-made drones were responsible for all three attacks.

The base is heavily armed with Pantsir and S-400 surface-to-air missiles to defend itself but those defenses have proved not to be very effective against home-made drone attacks.

“The Russian military’s lack of preparedness here is an issue,” said Ruslan Pukhov, director of the Moscow-based defense think tank CAST. “Russian weapons are tailored for large land wars, these drones can’t be seen on radar and the infrared footprint is close to zero.”

The waves of attacks are a thorn in President Vladimir Putin’s side as they expose weaknesses in Russia’s military defenses, only weeks after he had declared victory over the rebels.

Even though some photos circulate the web of the drone used in the attacks, not much is known about their specifics. Russian officials have stated that the drones have highly sophisticated technological elements that were acquired and passed to the rebels from abroad, suggesting that somehow the U.S. may have been involved. The Pentagon has since stated that it has not played any role in these drone attacks. A person with close ties to the Russian Defense Ministry has said that the accusations were meant to deflect attention away from Russia’s failure to adequately defend its bases in Syria against the drone attacks.

The Russian Defense Ministry denies that drones were involved in the attacks and that mortar shelling had caused the losses to personnel and damage to the aircraft. The latest drone attack on the Hmeimim base, as well as a naval service base on the Mediterranean coast at Tartus, took place on January 5th.

“The attacks like this will continue from the terrorists. And visibly they’re trying different methods to find out which is most effective at getting past our defenses,” said Denis Fedutinov, the editor of a prominent Russian drone-technology publication to the WSJ. 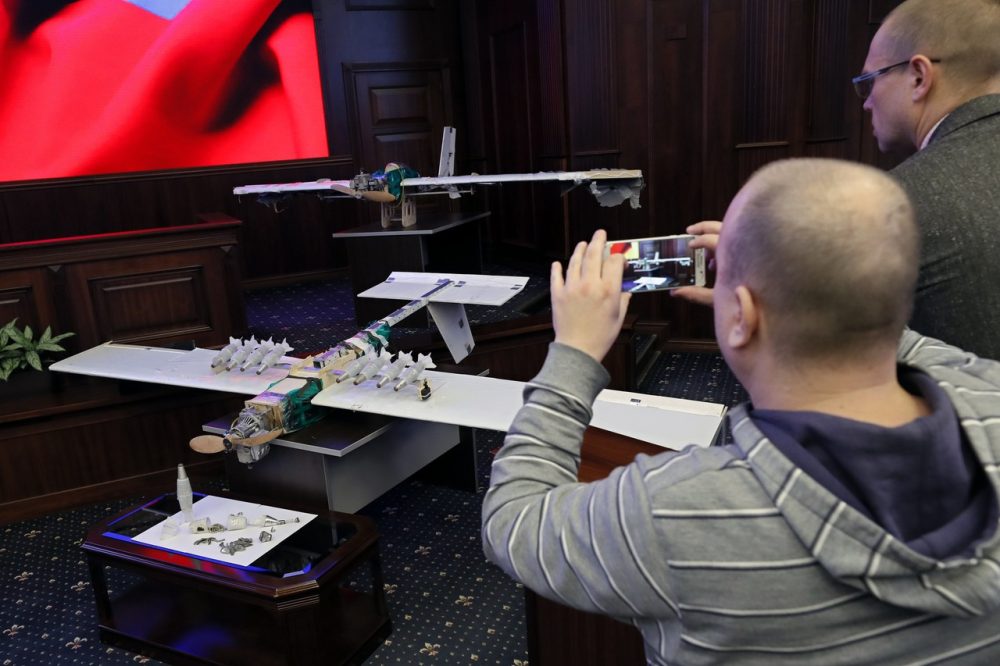 The home-made drones that were supposedly used in the attacks on the Russian bases in Syria, were on display at the Russia’s Defense Ministry headquarters in Moscow on Jan. 11. PHOTO: KOCHETK/EPA/SHUTTERSTOCK

Unclear who is responsible for drone attacks

As of yet, it is unclear who is behind the drone attacks as no one has claimed responsibility. Various Syrian rebel groups have used drones in the past, mostly DJI Phantoms and Mavic Pros, for surveillance and dropping small bombs. The attacks on the Russian bases are different as the drone used are home-made and pre-programmed according to Fedutinov. To TASS he said:

“I believe that the drones Islamic State terrorists used to attack Russia’s military base Hmeymim in Syria had been made in makeshift conditions from components available on the market of civilian products and often used to build aircraft models. The UAV’s airframe is the cheapest part of the system. Most probably the drones followed a pre-programmed route and were GPS-navigated. Apparently, the bombs were dropped when the drones reached certain coordinates. The bombs were equipped with contact detonators. In fact, the UAVs’ control system, which may have been based on the available solutions, too, for instance, those provided by MicroPilot company, was the most complex and costly component. As for other expensive components, such as an optical-electronic observation system and a communication channel for transmitting reconnaissance data, they might have been absent altogether. Apparently, it was also unreliable, but a large swarm of drones may pose a threat to an unprepared target.”

According to Russian authorities, the drone attacks were launched from Idlib in Turkey and they believe that Ahrar al-Sham, an Islamist rebel group could be responsible, however, the group has denied this.

“The coming days will bring more pain for the Russians. There are those who want to send a message to Putin that they are able to flip the table on him whenever they want.”

It is unclear if they are responsible for the attacks.